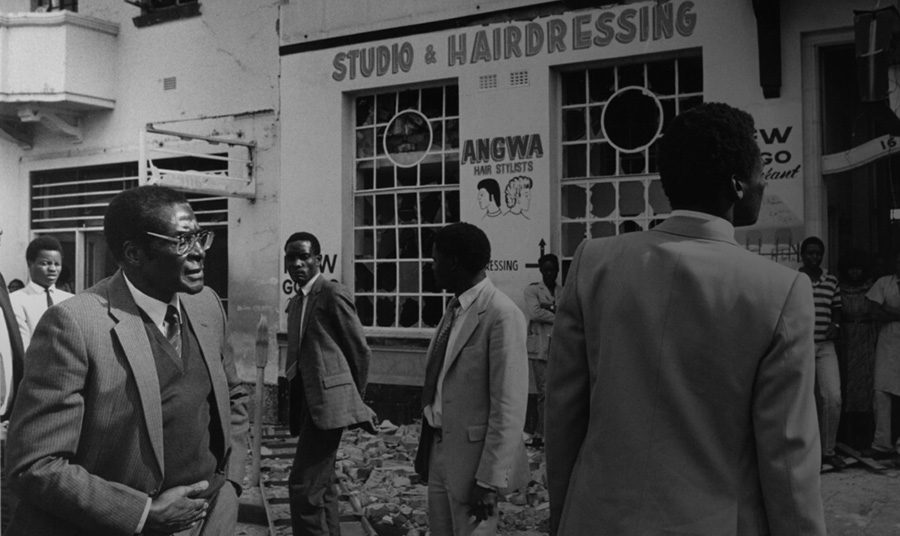 SOON after Zimbabwe attained independence on April 18 1980, the country suffered economic and other forms of sabotage that weakened the economy and put the country into the debt-trap it finds itself in today.

It all began between October 1980 and February 1981 with the Entumbane uprisings, otherwise known as the ‘wars of Bulawayo’.

The event was sparked by a period in which ZANLA and ZIPRA forces, in demobilisation camps in Gweru and Bulawayo’s western townships, began to clash in October 1980.

These clashes were followed by many ZIPRA soldiers leaving demobilisation camps on February 12 1981, to assemble at Gwaai River mine and Essexvale, in preparation for a full assault on the new Government and ZANLA forces.

The attack was crushed by the Rhodesian African Rifles, leaving 260 people dead in the aftermath and divisions that would result in a civil strife three years later.

Soon after the failed attack, many ZIPRA fighters defected to Botswana, Baputotswana and South Africa, where some were trained by the apartheid government as an outfit called Super ZAPU that would later be sent back to destabilise Zimbabwe.

Over the same period, the then Prime Minister Robert Mugabe’s Bulawayo State House was attacked in an attempt to make Bulawayo a no go area for him.

Many historians have said that these attacks were influenced by ex-Rhodesian and South African intelligence elements who used the tensions among guerillas to spark tribal divisions in the country.

Without notice, in April 1981, the South African government withdrew 25 of its locomotives that it had loaned to the Rhodesian Government as assistance to move freight to and from South Africa.

Many businesses were crippled as international orders were not delivered and contracts cancelled.

August 3 1981 saw the assassination of ANC’s Joe Gqabi in Harare just outside his house in Ashdown Park by apartheid South African agents.

Patrick Gericke, a former Rhodesian soldier, was arrested for the attack, only for him and the white investigating officer who arrested him, to escape to South Africa a few days later.

In October of the same year, Pungwe River Bridge that carried traffic and the oil pipeline from Beira was bombed and substantially damaged to put it out of commission for some time.

This was followed by South African commandos attacking Beira Port and destroying its fuel holding tanks, which led to huge fuel shortages in Zimbabwe and Malawi throughout 1982.

Zimbabwe was then forced to sign a three-year fuel supply contract with Anglo-American subsidiary, Freight Services and other South African fuel companies.

A very lucrative deal for Freight Services and South African fuel companies which were to re-establish Zimbabwe’s dependency on South African products.

It would later be established that one of the white directors of Freight Services and Beira-based Briton Dion Hamilton from Anglo’s Manica Freight (a Rhodesian sanction buster) were involved in aiding the South African commandos.

With that, a fragile Zimbabwe had little option but to put together a budget and deploy its soldiers to protect the Beira corridor from further sabotage.

Additionally, Anglo’s Manica Freight, Old Mutual’s Rennies, which bought the apartheid government’s SAFMarine to form RenFreight, were instrumental in sabotaging Zimbabwean cargo by refusing to clear non-containerised cargo through Beira, which did not have container handling facilities.

This would force all Zimbabwean, Malawian and Zambian shipping to go through South Africa where it was delayed for as long as 32 days.

On December 18 of the same year, a huge 15kg bomb went off at 88 Manica Road (Robert Mugabe Road), ZANU headquarters, in an attempt to kill senior politicians of the governing Party.

Two Australians, two British and two American tourists were kidnapped and murdered on July 23 1982 on their way to Victoria Falls by ZAPU dissidents and South African agents.

The aim was to discourage tourism to Zimbabwe, while making Matabeleland a no go area.

Two days after, a bomb laid by a team of ex-Rhodesian and South African bandits ripped through Thornhill Airbase, destroying a quarter of the air force’s planes in one fell swoop.

The obvious intent of this bombing and the one at Inkomo nine months earlier, was to weaken Zimbabwe’s military capacity and force the Government to spend scarce foreign currency on replacements.

In 1983, the first of the apartheid government trained and sponsored Supa ZAPU dissidents began a reign of terror in Matabeleland to foment tribal tensions and civil strife.

The conflict would lead to the deployment of the Fifth Brigade to Matabeleland for four years in a very divisive conflict that is still haunting Zimbabwe today.

To augment this, RENAMO rebels began to sabotage the Zimbabwe-Maputo-Chicaulacaula route, causing Zimbabwe to close this boarder post and redirect all its cargo through South African ports.

In the process, Mozambique lost huge amounts of revenue in toll charges and port fees from other SADC countries, as cargo now had to be diverted to South Africa.

In a further act of sabotage, the South African government reduced toll and port charges to ensure that even if Chicaulacaula reopened, its rates would not be competitive enough to divert traffic back from South African roads and ports.

This was at a time South African ports were congested and delaying shipments because of lack of capacity and deliberate sabotage of SADC freight.

At about the same time, RENAMO rebels increased sporadic cross-border attacks on Zimbabwean civilians in Manicaland.

This prompted Zimbabwe to commit soldiers to a full confrontation in Mozambique, which was to last eight years.

For nine years, Zimbabwe was forced to retaliate to unpredictable attacks on its economy and territory at a cost of billions of dollars in unbudgeted expenditure.

The #TotalOnslaught can be characterised as Zimbabwe’s second economic embargo of many to follow in the colonial thread of keeping Africans incapacitated and underdeveloped.

Estimates put the losses of this period in excess of US$4,8 billion, lost over 12 years to military incursions, sanctions, economic sabotage, assassinations, destruction of property, defence spending and an immeasurable cost in social divisions, which we are still fighting to heal today.

Put into perspective, Zimbabwe had just come out of a war of liberation with an inherited US$800 million of Rhodesian debt.

This was accompanied by US$120 million that Zimbabwe had to spend over 10 years (1980-90) buying back land from white farmers in the willing-buyer willing-seller scheme, only for the country to then incur an unbudgeted US$4,8 billion tab from destabilisation by the South African government.

By the time we get to 1990, the country was inundated with a US$2 billion foreign debt, largely from Western lending institutions.

According to the government’s development plans at independence, by 1989, the country was supposed to be building on average 171 000 houses per year to solve its 1,9 million housing backlog.

However, from 1980 to 1989 the Government and the private sector only managed to build 56 000 houses as most of the money was lost in mitigating the destabilisation campaign.

Even though the country had in excess of US$300 million trade surplus year-on-year by 1987, the public deficit was running at close to US$600 million by 1989. Foreign currency was running low because a majority of it was going to buy back land from white farmers in foreign currency, servicing international debt (most of it Rhodesian), replenishing weapons and contract penalties due to sabotage of exports by South Africa.

Investment in the country fell because of the instability in Matabeleland and the uncertainty around the war in Mozambique.

Budgets allocated for education, healthcare, sanitation, electrification and social development were diverted to internal security and the war effort in an effort to defend the nation from the unpredictable apartheid government attacks.

Zimbabwean parastatals, like ZISCO and Feruka, were side-lined as funds were diverted to the war effort. Other businesses, which were meant to be recapitalising with new machinery and technology, were losing their contracts due to inefficiencies, sabotage of exports and input imports, so they couldn’t expand.

In a well-organised economic war, the apartheid proxies of Western imperialism were able to deal a heavy blow to the Zimbabwean economy and SADC, to stop the region from ending apartheid on its terms.