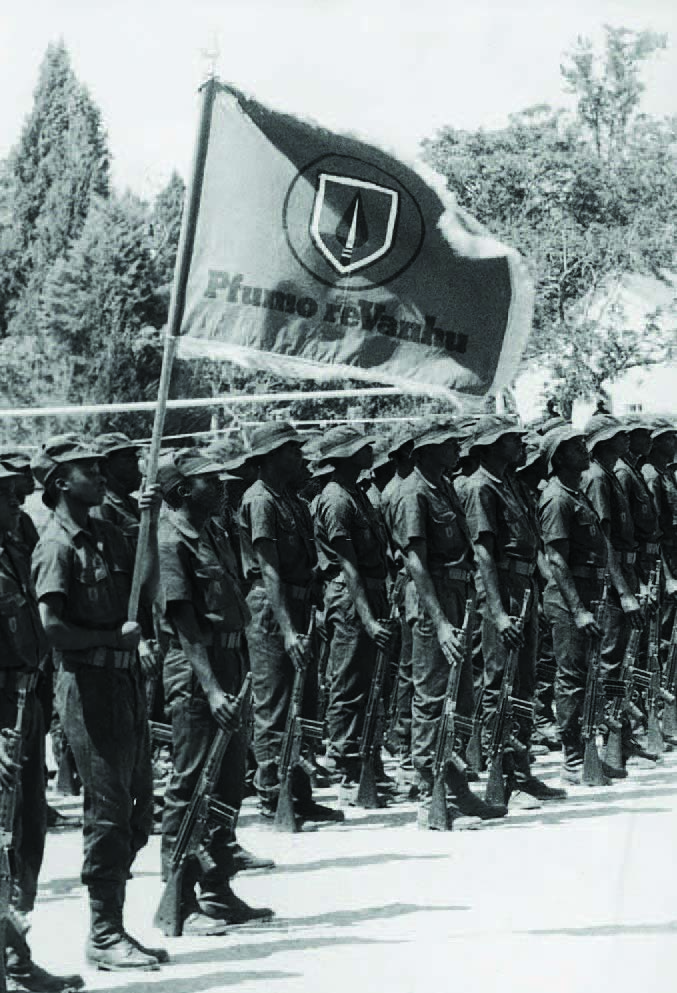 IN 1976, Abel Muzorewa’s military wing, the Auxiliary forces, known as Pfumo Revanhu, established their training base at Muchapondwa Business Centre in Mashonaland Central.

The base was commanded by one Max, a former member of the Rhodesian African Rifles.

Numerous boys from our village and surrounding areas were forcibly conscripted into the Auxiliary army.

I decided to run away and began to work with the freedom fighters as a war collaborator (mujibha).

In December 1978, I was captured by the Rhodesians.

I had been sent to Muchapondwa Business Centre together with Tigere to collect clothes for vanamukoma (freedom fighters).

We left our base, which was in Damusi Mountain, early morning and little did we know that we had been spotted by sellouts.

An informer sold us out when we went to collect shoes and jeans for vanamukoma from Mbanje, a local businessman who ran a shop at the business centre.

Mbanje was a big supporter of the liberation struggle.

On this tragic day, we were intercepted on our way back with our consignment.

I was petrified when I realised that we had walked into the enemy’s ambush when suddenly armed Rhodesian soldiers and four Auxiliaries intercepted us.

We were caught with overwhelming evidence.

I feared for the worst, which, in this case, was death.

This logistical support was rendered by the businesspeople and the distribution was done by us, vanamujibha.

Our hands were tied and we were force-marched to Muchapondwa Military Base, about 4km away.

At the base, we met other captives.

There were six girls and three elderly women who were captured from our village.

I was terrified when I heard that we were to be taken to Makumbe Mission in Domboshava.

I feared for my life because the base was commanded by the infamous Roy ‘Muzezuru’ Bennett.

Bennett was a ruthless Selous Scout.

We left for Makumbe in a Rhodesian military truck at around mid-day.

It was a 30 minutes journey to hell.

At the base, I was beaten, electrocuted and left half-dead.

We were given the option to either join the Auxiliaries or die.

After the torture, I later gained consciousness and could not believe my eyes.

Muzorewa’s soldiers were beating the girls after they had sexually abused them.

I felt useless and was hurt to see my mothers and sisters being electrocuted and beaten.

I will never forgive Rhodesians for that unimaginable crime.

But something strange happened at that base.

Around midnight, I realised that most of the Rhodesian soldiers who were torturing us had gotten drunk.

I told my cousin that this was our golden opportunity to escape because we both didn’t like working for the Rhodies to fight our own.

Indeed, we managed to escape and went straight to our base and reported our case to vanamukoma.

We stayed there for three days while Cde Farai, who was commander of that section, planned an attack on the enemy to avenge the torture of our mothers and sisters.

In all, we stayed for a week at our base in Damusi Mountain as we could no longer go back home because the Rhodesians were looking for us.

Reconnaissance was properly carried out for three days on the Auxiliary’s training base at Muchapondwa.

Since we were only war collaborators, we were not told how and when Muchapodwa Base was going to be attacked.

On the day of the attack, we were told to walk to Zhenje Mountain where we were to meet vanamukoma after the attack.

That was our gathering point.

I was delighted to see a huge ball of fire around 10pm.

ZANLA forces had annihilated the Auxiliaries’ main base.

There were no casualties on ZANLA’s side.

We left for Chinamhora where we established a base in Munyawiri.

Cde Farai later organised for us to go to Mozambique with some comrades who were going to the rear for further military training.