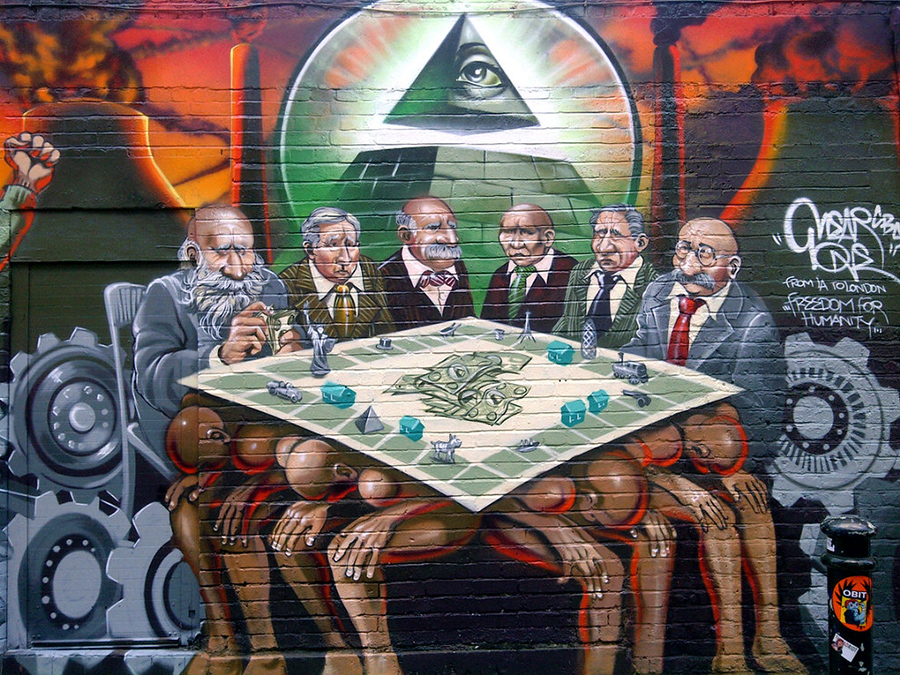 THE New World Order (NWO) wants the current situation and status quo in the world, concerning the black race, to remain unchanged.

This is actually possible because the black race, even with the abundant truth in sacred writings and scientific evidence, that it is far more superior in creation than any other race, prefers to be a copycat of other races, thus denigrating itself.

This is compounded by the black race seeing unity as a dirty word, what with three thousand tribes on the continent all trying to out-manoeuvre one another to please the master, the NWO.

This actually makes the NWO, the king maker among the black race.

The black race is a willing tool in its own demise.

It has allowed itself to be manipulated.

The black race is stampeding to enter the ‘wide door’ opened by the NWO.

One is carried past the door by self-hate philosophies.

The ‘wide door’ is actually very attractive to the black race because it leads to ‘riches’ and ‘acceptance’ by the NWO.

Because we are now their puppets, they openly say that we are a race that cannot organise itself and we agree.

Any among us who dares to disagree is sanctioned not by the NWO, but by his own peers.

They say because of our inability to organise ourselves, we will always reap chaos.

They laugh their guts out when we talk about being independent.

The NWO creates diseases, and conveniently link them to Biblical prophesies which we believe without even searching out the scriptures.

All world religions are controlled by the NWO and no black preacher is allowed to preach the liberation religion that can free the masses from the hypnotic effects of the NWO religion.

If any tries, he/she is deemed dangerous and reactionary and is blackmailed, sadly by his fellow black preachers, who are in the pockets of the NWO.

What is the origin of the NWO?

The NWO started during the Roman Empire.

The NWO shove the Biblical Ten Commandments into everyone’s throats except theirs.

They deem themselves above these commandments.

If the Book of Enoch can be availed, especially to the bBlack race, our people would be better off.

The book would show the centrality of black people in the Bible.

But the book was deliberately excluded from the scriptures for obvious reasons.

There is no church on planet earth that preaches about the contents of the Inspired Book Of Enoch, for fear of the NWO.

Yeshua alone, preached about it’s content, and was always persecuted by the powers that were, the NWO and his fellow nationals.

From 84 BC to date, their motto is still the same, the end justifies the means.

This motto is the cause of all problems in Africa and has now been embraced by Africans themselves, especially the ambitious ones, who are aligned to the NWO.

The NWO is always evolving, currently recruiting Africa’s finest brains in universities, making them think they are a special breed, blacks outside but lily-white inside, different from their kith and kin .

These are trained to worship the gods of the NWO, the gods of confusion, disorder, murder, rape, under the banner of ‘development’.

The icing on the cake of the NWO is the formation of the International Criminal Court.

This court tries all and sundry except the nationals of the NWO, who are blue-blooded and are only tried by their respective governments.

The NWO has taught the black race to doubt itself.

Self-doubt is a virus that must not be handed to future generations, NWO or NOT, we must not fail the unborn because our fathers and mothers failed us, that is not an option.

A journey starts with the first step, let’s start now, to return to the top of humanity, where we belong.

Lest we forget, Yeshua was a revolutionary and led from the front not from the back.

Black religious leaders should take note of this.

His revolution was called peace and truth.

Black religious leaders: What is your calling?

To preach truth or lies?