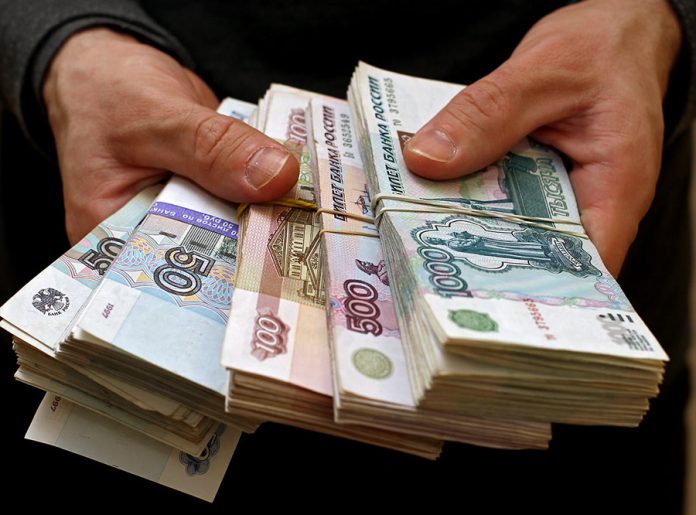 MANY Zimbabweans seem puzzled by the currency volatility we are currently experiencing in the country.

However, in April 2022, the US National Bureau of Economic Research released a working paper titled ‘Sanctions and exchange rates’, that outlines the causes of foreign exchange rate increases in countries that are under sanctions.

According to this document, currencies of sanctioned countries fall due to local currency depreciation caused by a freeze on net foreign assets; reduction in foreign investment; destruction of local investment in manufacturing due to blockage of foreign investment, prohibitions of foreign payment clearances, multi-nationals closing their doors as well as sanctions senders restricting exports of machinery, technology, tools and inputs to sanctioned nations.

The net result of this is the depletion of government foreign currency holdings, balance of payment deficits, government debt repayment defaults and that government being prohibited from borrowing locally and internationally which weakens the local currency.

This then turns into a perpetual and growing cycle of unemployment, erosion of civilian savings and reduction in public service delivery thereby alienating the masses from their governments.

How Russia stabilised the ruble

Unlike Zimbabwe, Russia has been able to salvage its currency (the ruble) while under sanctions due to a number of historic and geographic advantages absent in the Zimbabwe case.

Russia was able to make several strategic fiscal manoeuvres that have eased the negative impact of sanctions on their currency.

In fact, for these reasons, the ruble has become one of the best performing currencies in 2022

First, Russia has never been colonised.

It’s also a big economy of over 145 million people who, in the past centuries – particularly after the defeat of Germany in the Second World War – have been able to build self-belief, national pride and patriotism.

This has enabled them to amass the world’s second largest gold reserves and third largest foreign currency reserves, hence they didn’t hesitate to embark on the military operation in Ukraine knowing they would face sanctions.

Russia is also one of the leading suppliers of minerals, food and energy.

For that reason, Russians do not spend any foreign currency on importing minerals, food or energy as other nations do.

Instead, they are a net exporter of minerals, food and energy, and, since the sanctions, the prices of these commodities have escalated and Russia is demanding rubles for them.

It is also a manufacturer of its own vehicles, machines, tools, technology, chemicals, medicines and military equipment (Zimbabwe’s biggest foreign currency cost centres), so Russia is able to substitute imports with local products, giving the superpower virtual autarky (self-sufficiency).

This was done to reduce externalisation, dependency on imports and to stimulate domestic manufacturing.

Notwithstanding, what has really reduced foreign currency demand is that the nationalistic government prohibits the use of foreign currency in domestic transactions and it demands its own currency for its exports.

The benefit of these policies is, no matter how much foreign currency Russian citizens have, for them to transact in Russia, they must sell their foreign currency for rubles to generate demand for the domestic currency while keeping costs of domestic production in a local currency that the government regulates.

When put alongside Russia’s huge energy, gold and foreign currency reserves, their forcing of nations that want to trade with Russia to source Russian rubles in exchange for their own currencies raises Russia’s already huge forex reserves, reduces the Kremlin’s demand and dependency on foreign currency thereby increasing the value of the ruble.

It follows, therefore, that this retains the value of local wages as Russia’s war industry grows and creates new jobs from modernising and supplying their army which is receiving real life war training in Ukraine.

Conversely, Zimbabwe is a small economy of about 15 million people (10 percent of Russia) who adore anything Western (particularly the US dollar) and abhor anything homegrown because of the suffering caused by sanctions and the effects of colonial indoctrination.

This self-hate opens way for the US government to easily manipulate the economy by increasing USAID-dollar injections to NGOs that pay local salaries and grants to civil society organisations in US dollars, driving up precautionary hoarding of US dollars by businesses and households alike.

A US dollar glut then develops in a Zimbabwe with high demand for dollars and this encourages many to make money from foreign currency trading, while others hoard and externalise forex as savings, education funds for their children, liquidity to procure luxuries and the purchase of properties outside the country.

It is basically a mass transfer of wealth and savings from majority Zimbabweans (in the form of US dollars) to the few and foreign homes outside Zimbabwe in the same way Rhodesian colonial exploitation externalised Zimbabwean wealth.These are the predictable effects of half a century of sanctions (underdevelopment of 13 years of UN sanctions on Rhodesia passed on to Zimbabwe at independence, inheriting Rhodesian colonial debt, 12 years of sanctions by the apartheid government, 10 years of ESAP and 21 years of Western sanctions) on a Third World country that was previously bankrupted by a century of colonial exploitation.

Effects of ZDERA and executive orders on exchange

Sanctions on Zimbabwe have blocked government foreign assets (private companies and individuals too), the Government’s right to get reconstruction and development loans from multi-lateral lending institutions after colonialism and the devastating colonial war.

They have also denied the Government its Lancaster House Agreement right to ask for the cancellation of colonial debt and this has led to the depletion of Government foreign reserves due to exorbitant foreign debt repayments, import premiums on fuel, fertiliser, medicines, tools and other basic commodities for Government to deliver services.

Now, because very little foreign currency can be raised by Government and industry from international money markets and bond markets, due to sanctions; the above stakeholders chase the large volumes of foreign currency hoarded by households by charging forex for domestic goods and exports concurrently.

But due to potential profits (arbitrage) inherent in the existence of two unequal rates of exchange (official rate and parallel rate) and the never ending appetite for forex in Zimbabwe, many businesses and individuals are tempted to spin their forex revenues on the black market to make an additional profit known as arbitrage.

In the end, forex trading has become a business with higher margins than normal business — so, many entrepreneurs are channelling investment capital into this illicit business.

As a consequence, foreign currency has become a cancerous legal tender that robs the country of its currency value, Government of fiscal policy tools and citizens of their local currency savings, as vast wealth is transferred from the State and general populace to moneychangers, with every US dollar that changes hands on the black market.

Over time, the highly demanded foreign currency has become the expensive base for our manufacturing costs, which makes local production expensive and our local products uncompetitive alongside imported substitutes. By now it’s less profitable to manufacture in Zimbabwe than importing, smuggling and/or spinning forex revenues on the black market.

The net result of this casino economy is death of local manufacturing, destruction of jobs and reduction in the tax base, unless duties on imports are raised exponentially.

But with corrupt, unpatriotic and greedy customs officials making a killing (like the money changers) from allowing the smuggling of substitute imports, such measures will not save our local industry, jobs or currency and this takes the whole country back to the destructive spiral of 2008.

Furthermore, despite the fact that Zimbabwe has some of the biggest inland gas reserves in Africa, that could make Zimbabwe energy self-sufficient and a net exporter of gas and electricity to earn foreign currency like Russia; sanctions blocking Zimbabwean foreign assets and the purchase of new technology, software, machines and tools leaves the country haemorrhaging foreign currency on energy, fuel, chemicals and medicines.  Externalisation, brain drain and sanctions.

More concerning, according to another study on externalisation done, once again, by the US National Bureau of Economic Research in 2017; since sanctions began, Zimbabweans are estimated to have the fourth largest portion of GDP savings (61 percent) externalised in off-shore tax havens.

Suffice to say, it is our corrupt bankers again who were bribed to launder most of this money out of the country as well.

A different study done by an insurance company in 2020 also illustrated that Zimbabweans in the Diaspora earn in excess of US$30 billion per annum and they hold in excess of US$16 billion as savings in non-tax havens like South Africa, Botswana, Zambia, US, Australia and the UK.

All this money is stashed offshore because Zimbabweans have no confidence in the Zimbabwean financial system due to conditions created by sanctions and the corruption that emanated from making supernormal profits from black market trading that was born out of sanctions.

The two studies illustrate that sanctions caused a lot of wealth to be laundered out of Zimbabwe, but more importantly, Zimbabweans currently hold enough foreign currency reserves (onshore and offshore) to resurrect the economy and stabilise the currency, if that money is invested in the economy and banked in our banks.

However, Zimbabweans are unlikely to bring their savings back home until Government begins to address the fundamental causes of the economic crisis, especially illegal economic sanctions that brought about the negative sentiment that has eroded the confidence of Zimbabweans in their own economy; the endemic corruption of self-centred bankers, business people, bureaucrats and foreigners who have become addicted to making supernormal profits from arbitrage or externaliaation made possible by the same sanctions.

This will require an overhaul of the Zimbabwean psyche to inculcate selflessness, love of nation and patriotism as we see in Russia, so that, as a nation, we can begin to realise the necessity of self-sacrifice to defend and build our nation so it can preserve the wealth we are obsessively accumulating.

The same spirit will then drive us to believe in the need for us to produce and build our own ‘Dubai’ and ‘Sandton’ in Zimbabwe so that we have a country in which we want to save and spend our money as we build a nation we will be proud to defend.

Our Government must also become more dedicated to buying gold and minerals to build reserves that back up our currency as the Russians did.

From there, Government must be patriotic enough to demand its own local currency for internal services and exports to increase demand for Zim dollars.

Only then will we be able to create policies to build local industry, reduce black market foreign currency trading, importation of luxuries and fruitless imports.