WHENEVER there is failure, there is always this tendency to identify the principal scapegoat, thereby tacitly absolving all other factors that might have contributed towards the undesired result.

As criticism mounts, the scapegoat becomes so delicious to attack that even armchair critics join the melee, thereby losing objectivity.

Let’s look at the recent performance of our national team, the Warriors, in the CHAN finals in Cameroon.

Forget that CHAN is made up of local players only.

Following the Cameroon debacle, in which we were eliminated without even a single point, our national coach Zdravko Logarusic, was savaged by the press and all for bringing to shame, not only the Warriors, but the country at large.

But can this be justified after a holistic analysis of events leading to the 2021 CHAN humiliation?

Here was a team none of whose members had played any competitive game for over twelve moths.

True, COVID-19 brought with it an indefinite suspension of all sporting activities, including soccer.

To our local soccer authority, the Zimbabwe Football Association  (ZIFA), this Government directive was sacrosanct.

It was a good excuse for them to do nothing.

But ways could be found to see to it that football could be played, at whatever level, without breaching COVID-19 regulations.

Football-controlling bodies in our neighbouring countries like South Africa and Zambia managed to do so.

But why looking across our borders?

Even here in Zimbabwe, cricket was played, including some internationals, but within the confines of COVID-19 restrictions.

Meanwhile, our moribund ZIFA remained with their arms neatly folded.

The national soccer coach was in a fix; for how could he put a decent team together without seeing the boys in competitive matches.

Even a muted mini-tournament for elite clubs to give the coach a chance to watch the players in action failed to take off.

Not that ZIFA did not have the cash.

Surely, in a country where football is a religion, ZIFA should have adjusted the allocation of the COVID-19 grant from FIFA to allow the coach to select his team after some competitive games.

But perhaps that is expecting too much from our ZIFA.

It is a pity that, over time, our expectations seem to have gone down with ZIFA’s mediocrity.

Imagine fans literally going on rooftops to celebrate victory over Ghana or Algeria in the AFCON group stage matches, without necessarily qualifying for the knockout stage.

And yet our neighbours, with whom we consider to be in the same weight division, have won the ultimate top price of African football.

Zambia won AFCON in 2012 with foreign coach Harve Renard, while South Africa did the same with local coach Clive Barker in 1996.

CHAN and AFCON results are usually reflective of the quality of the football mother bodies who run games in those countries at that time and not the nationality of coaches.

Zimbabwe has a long history of questionable soccer governance by ZIFA.

Respected Ben Koufie of Ghana, who coached the national team between 1988 and 1992, after being frustrated by the then ZIFA, asserted that we would never be successful unless we got a coach from the moon.

True to his word, we have never gone beyond the group stage in AFCON tournaments since then.

We celebrate like mad whenever we qualify for this stage and beat ourselves on the chests when we win or draw a game, even in a losing cause.

With a competent ZIFA, it is possible to emulate South Africa’s and Zambia’s achievements in 1996 and 2012, respectively. 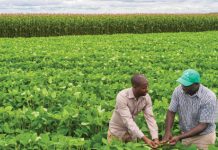 Nhaka vs tenancy on resettled land in Zimbabwe 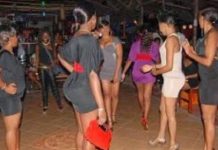 Whose emissaries are you? 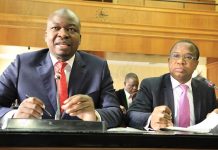