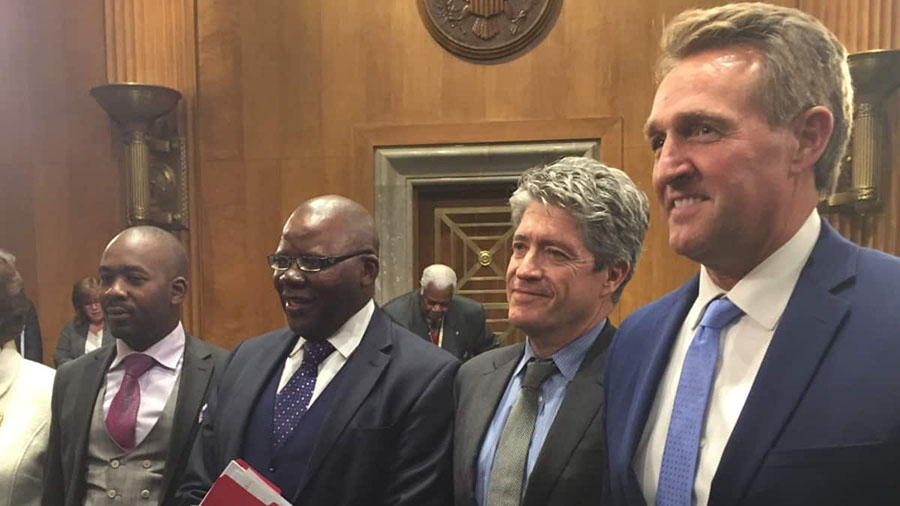 AN unbiased analysis of our historical journey to a Great Zimbabwe has indicated that, as a nation, we have already covered notable ground with development projects already completed while more others are currently underway.

This has left us convinced that the philosophy we have adopted: ‘Nyika inovakwa nevene vayo/Ilizwe lakhiwa ngabanikazi’ is working effectively in transforming Zimbabwe into an upper-middle income society.

However, it is worrisome to note that it is not every young man and woman who has taken this philosophy seriously since many of them are not willing to join hands with progressive citizens of this country in building a towering Great Zimbabwe simply because they are still brainwashed. Their unwillingness to help in building their own country can be traced back to historical injustices and mental colonisation which has left many youths believing that only a whiteman is capable of building a prosperous Zimbabwe. As a result, any development initiatives implemented by their fellow blackmen are denigrated, dismissed or sabotaged.

This has become a sad reality in Zimbabwe, a nation where the youths have been brainwashed into believing that only the US and its Western allies can build a Zimbabwe that we want.

This has eventually posed some serious challenges within our economic journey towards Vision 2030 since an unpatriotic and ideologically bankrupt citizenry is not to building a prosperous Zimbabwe.

Therefore, the duty and responsibility of today’s generation is no longer limited to developing Zimbabwe but also to decolonising the mind of our fellow brothers and sisters who are proxies of Uncle Sam and the West to the detriment of our own national security, peace and prosperity.

We are fully convinced that a successful battle against mental colonialism will significantly contribute to economic development of Zimbabwe since we would no longer have to worry about detractors and saboteurs who have been a constant threat to national peace and progress of this country.

Let us, the generation of today, understand that our primary duty is to liberate the mind and to develop our nation.

For, without a liberated mind, our youths are only helping to serve the interests of our erstwhile colonisers.

Without a decolonised mind, youths, who constitute the largest number of our demography, are never going to work for Zimbabwe’s advantages and interests but merely to advance and promote the interests of the US and the West.

Choosing to use one’s talents and skills to build Zimbabwe rather than going into the Diaspora to build other people’s countries is a decision that can only be taken by a responsible citizenry with a decolonised mind.

It is only a liberated mind that can acknowledge and affirm that Zimbabwe is resourcefully rich and, with our own hands, we can successfully build our nation brick-by-brick, stone-upon-stone.

With a decolonised mind, we are able to trace the root causes of the manmade challenges we are facing as Africa or Zimbabwe and be able to deal with them effectively and decisively.

Therefore, let us have responsible youths with a clear vision and mission; to fight to annihilate mental colonialism so that our efforts to build and prosper our beloved country can be swift and decisive.

It is the responsibility of those with a liberated mind to enlighten and liberate those who are still suffering from mental colonialism, for it is our African nature to be our brother’s keeper.

In this difficult struggle, which shall also prove to be a protracted one, we shall arm ourselves with nothing but the truth, a formidable weapon which the US and its allies cannot stand.

The struggle we are currently facing does not require us to bear arms but the truth.

It follows that, in the past, the whiteman used the Bible and gun to colonise Africa and steal the beautifully rich land from our ancestors and, therefore, our forebears had to use a gun to defend themselves and defeat the whiteman.

However, now that the enemy has changed strategy from the bible and the gun to soft power, we shall defend ourselves fiercely with the truth which shall set our people free.

It should be noted that the enemy has never stopped his attempt to illegally own Zimbabwe, what he only changed is the weapon and the way of fighting us.

They have long shifted from direct confrontation with force of arms in 1980 to the use of puppets in opposition politics whose ascendancy to power should be facilitated by imposition of illegal econmic sanctions, fomenting civil wars, destabilisation, terrorism, violent divisions of a united country, bio-terrorism and manmade diseases, among many other dirty tricks, all aimed at effecting regime change.

Regime change is so important to the US and her Western allies because planting a puppet leader in Zimbabwe would ensure their unrestrained looting of our precious mineral resources.

As such, Uncle Sam and her Western allies should be unequivocally warned that guarding Zimbabwe against dark forces of regime change is what we are prepared to do.

If under-developing Zimbabwe and effecting regime change is the US’ number one priority, then defending our beloved nation from illegal regime change and developing it to an impregnable upper-middle income country is our imperative as patriotic youths.

We shall take inspiration and wisdom from our forebears who successfully waged a war against colonialism to give birth to an independent Zimbabwe.

As awakened youths of Africa, we would like to share the bad news to Uncle Sam and her Western allies; and the bad news is that your long-term plan of breeding an unpatriotic and rebellious generation through lies have been unmasked.

For we know that with a decolonised mind, building a prosperous Zimbabwe can be achieved.

Only the truth shall set us free and only a free mind can make Zimbabwe great again.