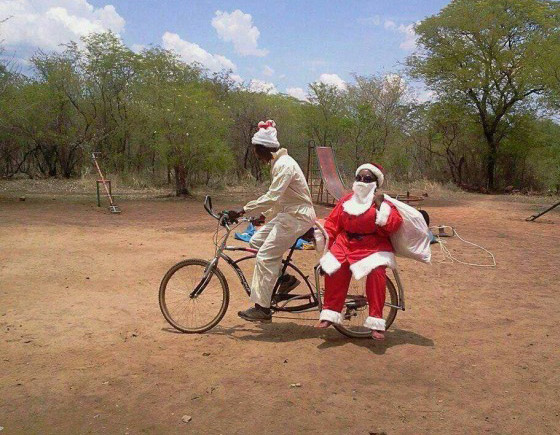 SELLING the concept of ‘development’ to Africa is the best investment the West has done to keep Africans as their permanent subordinates.

‘Development’ is the secular religion brought here to keep us colonised; the same as they brought the Church here in order to destroy our culture.

Currently the two most dangerous concepts shadowing Africa’s future are Christianity and ‘development’.

Christianity is a religion for the poor which promises good life to Africans after their death, while collecting their money now.

Development is the religion for the educated ones, which promises good life to Africans under the condition that they become ‘white’; that is think, act and behave like whites.

And in the process white people make money teaching black people how to become white.

The first biggest trap of the concept of development is to be understood as ‘making Africa to be, and look like Europe’.

That understanding of ‘development’ is vigorously promoted by white institutions like the UN, the EU and the US, among others.

The concept of ‘development’ means white is the model, and the blackman has to ape, learn, copy the model to catch up.

It’s sickening to think that way, not only culturally but also economically.

Let me give some examples:

If you want to build a house following a European architectural style, not only the winner of the contract will be a European company (because they have longer and more experience in that kind of architecture than the locals), but also, the main materials will be imported from European companies.

If our people want to live like Europeans, they must develop preference for European fruits and vegetables, for European food as well as their house equipment.

And the winners of that preference would be European companies, not local producers.

If we want to run our institutions, administrations and governments like Europeans, we would have to hire their experts and consultants because they have more experience than locals.

If we want our schools and universities to be organised and managed like the Europeans, we run the risk of teaching our children things with no direct connection and impact on their local realities. And they’d end up identifying more with Europeans than Africans.

We need our own models.

It’d be very difficult to get started, but we will be the experts in, and of, our models, not the permanent students of alien models.

What I’m saying here may be difficult for some to comprehend.

How can I explain differently?

If you want Japanese food, you will first have to trust a Japanese chef, even if he is not the best, or better than the African chef trained in Japanese cuisine.

You get the idea.

Those who have created a model, system or a brand first will always be preferred to the followers.

For example, in New York, there are many Africans who speak good French but still American families ‘looking for a native French or a person whose mother language is French’ will not give the job to an African.

His or her chance of getting the job is lower than the least qualified French lady in New York; regardless of their skills, they are not hired.

A homeless European would look more legitimate talking about European societies even if the blackman has read all the books about Europe and toured the same.

Without creating our authentic models, systems, brands, we are just fooling ourselves; just looking like clever parrots, insecure in a heartless world, easy prey and open to manipulations.

Don’t fall for the ‘development’ concept. It’s a trap, well-orchestrated by the Bretton Woods institutions (World Bank, the IMF), the EU and white world.