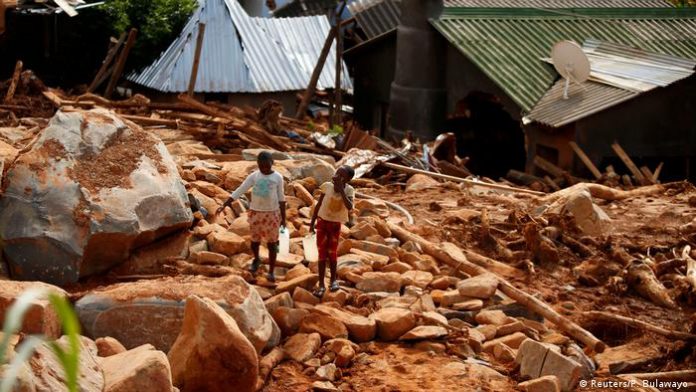 WINTER is over, hello sunshine!

We are now in summer where thirst will be our biggest worry.

It is the time when overwhelming natural disasters in the form of cyclones and thunderstorms are rarely experienced.

Securocrats and authorities responsible for civil protection must dust up their disaster management plans.

The meteorological department is predicting early rains this year. Yes, we need the rains for a bumper harvest but roses come with thorns.

Heavy rains are a problem in flood prone areas, they cause flooding and result in cyclones.

Talking of cyclones, there is still a huge hole in our heart from the horrific Cyclone Idai which affected the livelihoods of Chimanimani people and hundreds of others who have yet to recover.

But thank God, the determined Second Republic is doing extremely well in resuscitating the affected place and sustainably empowering the victims of Cyclone Idai.

Every individual matters to the State in terms of human security and the disaster dimension.

Planning is half mark of victory.

Plans are counter strategies to minimise or to eradicate devastating effects of disasters.

Zimbabwe has not been spared from the vagaries of weather hence the need for authorities to dust up their disaster management plans to protect our people.

The disaster management strategy is made up of four steps which are mitigation, preparedness, response and recovery.

For an effective strategy against disasters, each step feeds into the other.

There is a need for sustainable mitigation methods before disaster strikes.

Mitigation should be a nonstop activity that is assimilated with each of the other phases of disaster management to employ a long-range and collective approach to disasters.

Europe and America are battling veld fires, due to climate change, which have brought sleepless nights to their authorities.

We are in summer where veld fires are common due to dry grass and plants; the sustained mitigation measures to such disasters can include construction of fireguards and educating the community on the dos and don’ts to avoid and contain fire.

Remember mitigation methods are just there to reduce the hazard or disaster from taking place, it cannot eliminate the disaster totally.

After mitigation; preparedness is the next step in disaster management planning.

Before a disaster strikes, there is a need for preparation steps to be taken and at this phase, all stakeholders, including the community itself, must take part.

At the stage of preparedness, there is developing, training and exercising the disaster operations plan.

This is where staff rehearse how to react in times of disasters and to know the role one can play during the disaster.

To mitigate the effects of a disaster, preparedness plays an important role as people know how to respond.

A quick and an orderly response helps to save lives and reduce damage wrought by disasters.

When disaster occurs, the response team must assess the situation, determine preliminary lifesaving and life-sustaining needs and identify imminent hazards.

This ensures people bring what is really needed on the ground.

It is also at this stage where there is distribution of scarce resources and calls for additional help can be made.

A disaster management plan helps to focus more on the affected victims than people who take advantage of disasters.

Both man-made and natural disasters can turn our infrastructure into rubble and reduce us to beggars and, in some instances, there is loss of lives.

It is during the recovery phase where community systems and activities are returned back to some semblance of normalcy.

The more we are prepared, the faster we recover from the effects of both man-made and natural disasters.