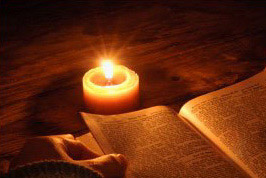 THE late great African thinker, Cheik Anta Diop, in his wide research, unearthed that our real name, the black people, was ‘Nahasi’ while the Asians were ‘Namou’ and the white race ‘Tambou’, literally meaning savages.

Throughout this article, I will be using these names to describe the three races.

I shall be focusing on how the Nahasi males copied the Namou and Tambou on how to treat their womenfolk.

It is well documented in the history of the Nahasi that men and women were created equal.

However, the Nahasi male copied female domination and abuse from the Namou and the Tambou.

The Namou and Tambou discarded the girl-child at birth, describing her as a necessary evil because of the environment they lived in.

When the Tambou came in contact with the Nahasi, they were shocked to see the boy and girl-child being raised in the same way, with women sometimes being leaders of their kingdoms.

This dilution and destruction of Nahasi good and noble characteristics began in 84 BC when the Tambou, called the Romans, took control of another Tambou race, the Greeks, who were controlling the Nahasi race whom they had conquered in 322 BC.

With the conquering of the Greeks, the status of womenfolk of the Nahasi soon became similar, if not worse, to that of the women of the Tambou race.

They became chattels and property of the male.

Enter the creation story in the Bible, compiled by the Tambou, whose history is savagery, the lot of Nahasi womenfolk hit rock bottom and it is still the same 2 105 years later.

The Nahasi male is fully enslaved spiritually, religiously and culturally as evidenced by how he is treating his womenfolk.

The positive spiritual world, the world of our ancestors, has not stopped extending its hand to us for salvation, but we claim it is evil.

Blacks suffer from what I have termed ‘SAVIS’, meaning ‘self-acquired voluntary ignorance syndrome’.

The Nahasi women should also shoulder the blame for their deplorable treatment as they are failing to extend their hands to the positive spiritual world for guidance because, they too suffer from ‘SAVIS’, making it a double tragedy for our race.

This now brings me to the Gospel of Mary Magdalene and, from the above, you now know why it is not part of the ‘inspired’ scriptures in the Bible.

She was a Nahasi woman.

She anointed Yeshua with very costly perfume when he was eating in the house of Simon the Pharisee.

She was a prostitute, a sinner, yet Yeshua accommodated her.

Women’s sins were made to look worse than men’s sins and Yeshua always rebuked his generation for this.

Remember the woman caught in an adulterous affair? (John 8: 11).

And has it changed?

I am reminded of Dolly Patton’s song: “…my mistakes are not worse than yours, just because I am a woman.”

The lot of women did not change, even when they had converted to Christianity.

This was because the Roman Empire regarded them as lesser beings and all converted Christian men, including the Apostles, also looked down on them because of the Roman culture.

Yeshua, being born of a virgin mother, knew the power and strength of women hence He embraced them in his ministry.

Without them, he knew his ministry would not survive.

He was betrayed by Judas Iscariot, a man, while Peter the-so-called ‘rock’ denied him three times.

The misery of women was even made worse when the Apostle Paul, the murderer, converted to Christianity.

He was brought up as a Pharisee and they looked down upon women, never allowing them in their setup.

This is Paul’s most retrogressive statement that affected women then, now and maybe into the near future, until men free themselves from spiritual and mental slavery: 1 Corinthians 14: 34-35: Verse 34 says: “Let the women keep silence in the churches: for it is not permitted unto them to speak; but let them be in subjection, as also saith the law.”

Roman Verse 35 says:“And if they would learn anything, let them ask their husbands at home: for it is shameful for a woman to speak in church.”

Because of such a reckless statement, Yeshua ben Yosef books written by women were destroyed, hidden or just labelled uninspired.

The human race is lucky to have one in the name of The Gospel of Mary Magdalene.

Even though there is a saying: ‘A sin is a sin’, comparing the Apostle Paul’s murderous ways to Mary Magdalene’s whoredom is like comparing a machine gun to a spear.

Yes, both of them can injure or kill but one of them is more lethal than the other.

The Apostles did not like the affection Yeshua showed to the Christian womenfolk.

He levelled the playing field for men and women, but after His ascension, it was back to square one for womenfolk up to date.

The Book of Enoch explains why the Tambou hate women.

In times of trouble, Nahasi women were always on the forefront defending the Motherland: Queen Sheba of Ethiopia, the first country in the world to be ruled by a woman; Queen Hatschepsut of Egypt, born 1 500 years before Yeshua; Queen Nefertiti of Egypt; Queen Tiy of Egypt (1386 BC); Cleopatra of Egypt, born 69 BC; Hyypatia, killed by white Christians in AD 414; and Queen Dahia-al Kahina, a Nahasi Hebrew from Mauritania who prevented the spread of Islam into Western Sahara.

But back to the Nahasi heroines: Does the Nahasi race remember or commemorate them?

The most that is said of them is at primary level of education and thereafter, completely forgotten.

Because of this, our race will always be in dire straits.

That is why ours is a continent of unparalleled wealth and poverty.

The Tambou commemorate their kith and kin — slave traders, murderers, rapists and thieves -— who still make us crawl on our bellies like snakes, licking dust.

Names that come to mind are John Hawkins; William Hayman; John Tucker, Member of Parliament in the British Government John Tarleton; Humphrey Morris, Governor of the Bank of England; and not forgetting Cecil John Rhodes.

The Zimbabwean Government must be applauded for erecting the statue of Mbuya Nehanda, a woman.

This is an unparalleled respect ever given to a Nahasi woman.

This is a reminder of the Tambou’s cruelty to the people not only of Zimbabwe, but the whole Nahasi world community.

We were not supposed to have forgotten, but we did and the consequences are there for all to see.

And if Adolf Hitler had killed four million Nahasi people, he would be celebrated like King Leopold.

When the Tambou are reminded of their atrocities, they say ‘it is reverse racism, why not forgive and forget?’

Most Nahasi people also chorus this.

As blacks, we like embracing ignorance, thinking it is wisdom.

This has been the norm since 1883 when King Leopold II of Belgium said these words to Belgium missionaries: “Your essential role is to facilitate the task of administrators and industrials, which means you will interpret the gospel in the way it will be best to protect your interests in that part of the world.

Your actions must be directed to the younger ones, for they won’t revolt when the recommendation of the priest is contradictory to their parent’s teachings.

You must singularly insist of their total submission and obedience, avoid developing the spirit of independence in schools, teach the students to read and not to reason.”

Despite this, we fought and defeated them and gained our independence.

The only way out, to thrive as a continent, is for the Nahasi males to reach out to our womenfolk, the Nahasi way, not the Tambou way.

We must wipe out the tears from their cheeks and interpret the Bible the Nahasi cultural and spiritual way.

The Bible must unite us, not divide us, as it is our ancestors’ wisdom and philosophy that shows us how we must relate to Yaweh for our earthly comfort.

Poverty amidst our race is an affront to Yaweh, because it is not Yaweh’s creation, nor is it Semjaza’s (the devil) but our own creation.

I rest my case. 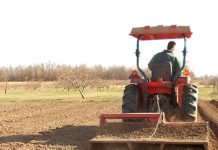 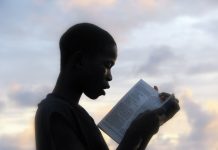 Where is the black perspective of the Bible? 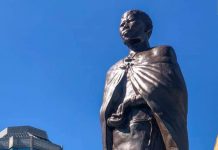