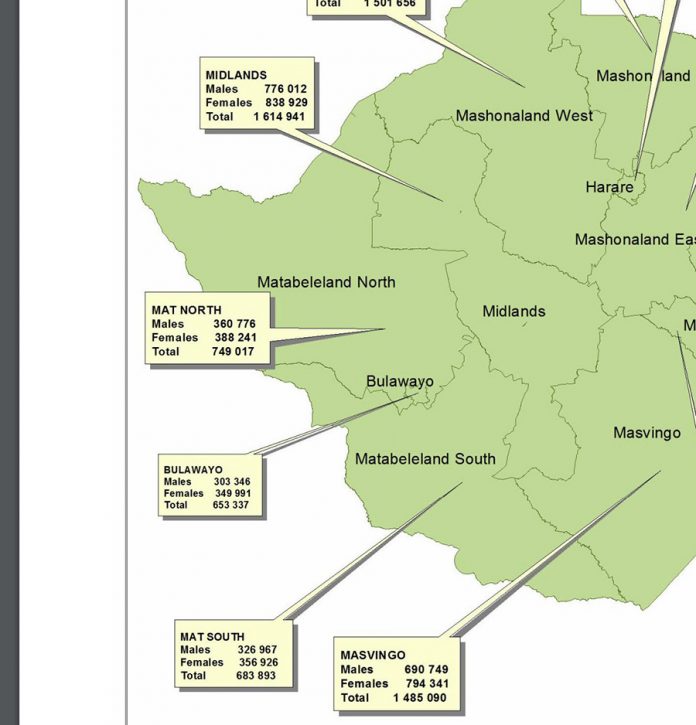 This is information, we from the village, find very interesting.

It is information that informs and demands us to work.

Our nation is growing and it is a good thing.

But we must reflect, as a people, our role in the family of nations. Our population is growing, in that regard we are not regressing, we are moving forward.

And I find this an appropriate time to remind our critics that all the work being done in the country, the various developmental programmes, are all about redressing the colonial imbalances that Zimbabwe inherited when it attained independence on April 18 1980 and not about political parties or individuals seeking votes.

We were an oppressed, confined and exploited people and our numbers, under those horrible conditions, could not grow in leaps and bounds.

As history shows, the imbalances that needed to be addressed were premised on the control of the country’s land and economy by the white minority.

That is no longer the case.

What our critics and detractors have to fully appreciate and understand is that  Zimbabweans deserve to own and control their land and their economy.

Sacrifices were made to retain control of our land and economy, it was not handed to us on a silver platter.

A liberation war was fought to ensure that Zimbabweans took charge of their land, their resources and economy.

The urban population, according to data revealed by the Zimbabwe National Statistics Agency (ZimStat) now accounts for 38,6 percent of the population, with rural areas at 61,4 percent.

Ongoing developmental work is not being driven for selfish interests by people who have no regard for the development of Zimbabwe, it is work being carried out by a Government of the people, for the people.

We are 15 million people boldly moving into the future, addressing anomalies of the past through our own initiatives.

The Second Republic has implemented initiatives and designs to ensure that Zimbabweans have a fair share of their country’s economy.

We are all participants in the development agenda.

Those ready and willing to work are getting life-transforming opportunities.

We are made to feel bad, like we are doing wrong, for asserting who we are and refusing to take crumbs from foreigners who want to loot our resources.

My people, there is nothing wrong with claiming what rightfully belongs to us.

That was the whole reason for going to war.

The criticism that has been levelled against the ongoing development agenda is premised on desire to reverse the gains of the liberation struggle by enemies of the country who know the vast wealth in the country.

We should do more to educate avo vasingazive, the ignorant or sellouts who think only of themselves and not the greater society.

Our development agenda must be explained in greater detail so that Zimbabweans and the rest of the progressive world may have a better understanding of why the country is under siege from the West.

In all the projects being implemented, indigenes are playing a role in their execution; a deliberate economic empowerment move by the Government to have its people participate in their economy.

It is through such kind of empowerment that our welfare will improve.

The participation of our youths, women and small to medium enterprises eliminates the socio-economic imbalances of the past, creates employment and wealth and eradicates poverty among the majority of the people.

Ongoing efforts are being fought by our detractors because they aim to bring economic justice between races, democratise the economic system and create favourable economic conditions for the promotion of basic human rights, including the right to development, employment, the right to own property (productive and non-productive) and the right to a good standard of living.

Whether our detractors acknowledge it or not, an enabling environment and a level playing field has been created to pave the way for equal participation in economic development by all Zimbabweans.

There will be no conflict in Zimbabwe because the current development agenda is a strategy for the development of a democratic socio-economic system, nation building and poverty eradication.

Our critics are lying when they tell the world that demanding a fair share of what belongs to the country and its people destroys the economy and scares away investors.

Zimbabwe is for Zimbabweans.