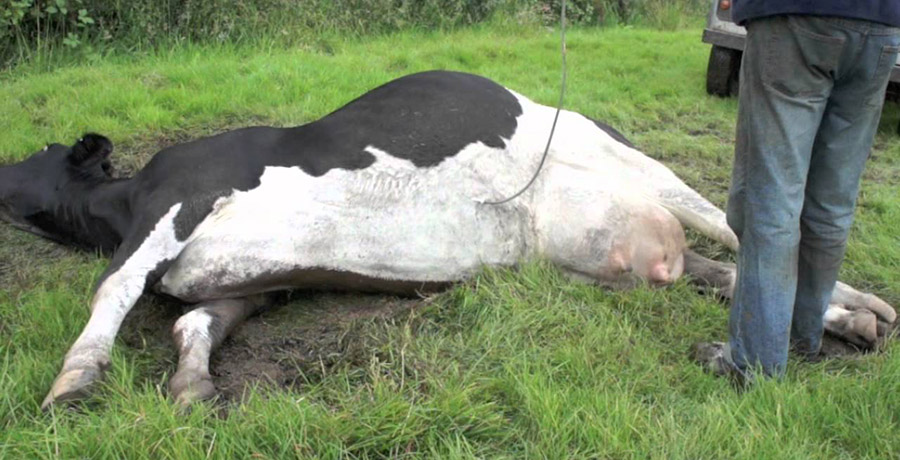 THERE is no universally agreed definition of food terrorism; the superfluity of definitions all point to this form of attack as an act or threat of deliberate contamination of food for human consumption with chemical, biological or radio-nuclear agents for the purpose of causing damage or death to human populations or unsettling social, economic or political stability.

The chemical agents in question are man-made or natural toxins while the biological agents referred to are communicably infectious or non-infectious pathogenic micro-organisms, including viruses, bacteria, parasites and fungus.

The malevolent contamination of food for terrorist determinations is a tangible and current threat.

On  May 18 2002, the 55th World Health Assembly adopted a resolution (WHA 55.16) which articulated thoughtful anxiety about threats against civilian populations by deliberate usage of biological, chemical or radio-nuclear agents.

We need the same laws as long as Uncle Sam lives. Uncle Sam is a threat to our food security, that is why he has been fighting our collective sovereign policies in general and agrarian polices and directives in particular.

We all know what happened when President Emmerson Mnangagwa launched the Command Livestock Programme at Gwanda Showgrounds. In the aftermath of the launch, Zimbabwe has lost more than nine percent of its national beef herd to tick-borne diseases.

It is on record how the efficacy of acaricides was compromised since not all ticks were falling-off their host following dipping.

Livestock contribute significantly to the economy and livelihoods of the majority.

After the outbreak of Theileriosis and the subsequent decrease in effectiveness of organophosphates administered, we were told by various gurus on the subject that: “…the spread and increase in the number of the rhipicephalus appendiculatus ticks and Theileriosis cases are generally attributed to lack of adherence to cattle dipping routines or the shortage of acaricides and drugs. Ticks differ in their morphology; hence, various families exist.”

In as much as I agree with that narrative, which is also confirmed by FAO of the United Nations, it should be noted that resistance to organophosphates can be biologically or chemically engineered just like antimicrobial resistance.

Antibiotic resistance affords an exceptional vital to bioterrorism; the resistance aspect may perhaps be used as a tool and arsenal by malicious actors.

Insect bioweaponisation is not new, beware.

We get our food from livestock also.

Resistance to organophosphates evidenced by antibiotic resistance also present an issue with genetically targeted bioweapons. We need to be on the lookout tower on resistance factors in the agricultural sector.

Calculated discharge of a chemical, biological or radio nuclear agent may well potentially cause severe harm and pose a huge burden on public health systems.

Such a discharge would doubtless primarily be considered a natural or unintentional event.

Bioterrorism Act in Uncle Sam’s backyard embraces a number of provisions premeditated to promote the food safety efforts of the Food and Drug Administration (FDA) in co-operation with US Customs and Border Protection (CBP), including new authority to protect the food supply from terrorist acts and other threats.

In the US, they have their own menace from drugs (their own mutoriro) — what then can stop them from funding a like menace in perceived enemies, like Zimbabwe, deemed threats to US foreign policy.

Why is food and drug administration under Bioterrorism Act in the US? That’s a story for another day.

Food defence is a process of protecting foodstuffs/food packaging products from hurtful and deliberate acts of contamination.

Food defence includes the institution of regulatory measures that help guide against a source of a possible malicious, deliberate act of contamination of the food product/food packaging product.

The role of NCMI is described in DoD Instruction 6420.01.

Headquartered at Fort Detrick, Maryland, NCMI’s mission is to monitor, track and assess health events that could negatively impact the health of US military and civilian populations.

Economic hullabaloo may be a primary motive for a deliberate act of food terrorism targeting a product, a manufacturer, an industry or a country.

Mass fatalities are not required to accomplish widespread economic loss and disruption of trade.

Extortion terrorisations directed at specific organisations or countries become the order of the day — in Zimbabwe we are witnessing this.

Elsewhere, for instance, in an effort to tarnish Israel’s economy in 1978, citrus fruit exported to several European countries was polluted with mercury, which led to significant trade commotion.

An outbreak, in 1996, of cyclosporiasis associated with imported raspberries and contamination of Chilean grapes with cyanide in 1989 led to the recall of all Chilean fruit from Canada and the US, and the publicity surrounding this incident resulted in a boycott by American consumers.