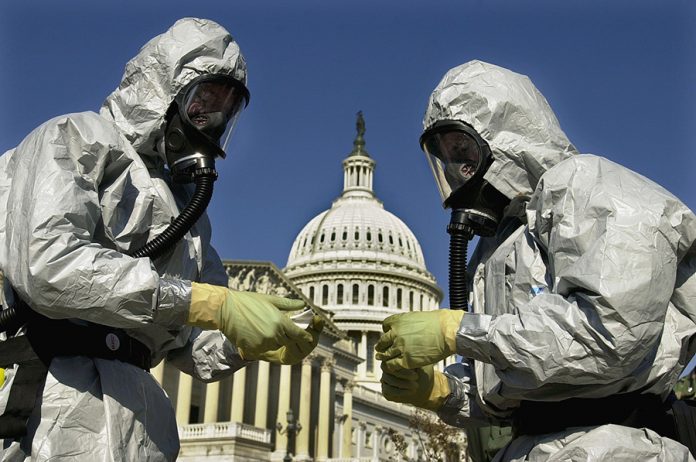 FOOD terrorism has resulted in the death of thousands and millions of people and it is one of the foremost global public health fears in the 21th Century.

Most countries around the globe, especially China, Russia, US and UK, to name but a few, are on high alert for biological terrorist threats as evidenced by various accusations on each other over suspected attacks.

The World Health Organisation (WHO) estimates that microbiologically contaminated food and water cause approximately two million children worldwide to die from diarrhoea each year.

Can we exclude high cases of diarrhoea in Zimbabwe in recent past?

Even in technologically-advanced countries, WHO estimates that one person in three suffers from a foodborne disease annually.

Recognising that foodborne illnesses, ‘significantly affect people’s health and well-being,’ the World Health Assembly in 2000 adopted a resolution stating that the assembly was: “Deeply concerned that foodborne illness associated with microbial pathogens, bio toxins and chemical contaminants in food represent a serious threat to the health of millions of people in the world.”

In Uncle Sam’s backyard, the Centre for Disease Control (CDC) estimates that 76 million illnesses, 325 000 hospitalisations and 5 000 deaths occur annually due to food that has been contaminated by pathogens.

Analysing the trends, it approximately translates to a guesstimate that, each year, one out of every four Americans will develop a foodborne illness

The causes of terrorism seem to be wide-ranging.

Other than that, dangerous chemicals such as formalin and aniline have been also used in meat production to prolong shelf-life and beta-agonist hormone for growth.

The use of formalin, mainly as a preservative in fish, can lead to heart failure, liver problems, nervous system breakdown and kidney failure, among other illnesses.

Food fraud is not limited to non-meat products only.

For instance, olive oils are often branded as genuine olive oil, but the real product may contain non-olive ingredient as swap and in many cases, dangerous substances.

A contemporary case of food contamination was testified by Malaysian Quarantine and Inspection Services (MAQIS) where parasitic worms were found in canned sardine at the North Butterworth Container Terminal (NBCT), Penang on May 14 2018.

This eventually caused merchandise recall from the local market.

Another close incident transpired in Malaysia in 2014 which became to be known as the ‘Cadbury chocolate incident’.

However the precise cause of contamination is unknown to date but it was suspected to be a food terrorism incident.

It has already been established that use of biological and chemical weapons as a means of attack on food and agrarian products can cause undesirable repercussions to the end user.

A Biological attack on livestock specifically, can cause the widespread of diseases to the general populace. The SARS attack on birds, for example,  subsequently led to infection and in some cases death.

When a harmful substance (biological or chemical) is in contact with a food sources it can modify its status, for example, if it is varigated  with an  adulterated substance such as porcine DNA, or other harmful elements, the status of food eventually changes.

It is now clear that food terrorism may well cause devastating effects in terms of political, economic and social stability

Examples of food sabotage that come to mind are:

A year prior to that, 120 people in China got sick when the owners of a noodle factory purportedly laced their food with rat poison.

Four of the victims turned out to be seriously ill; two of these suffered acute respiratory failure.

The examples above exemplify a few of the conceivable agents for food terrorism.

Biological agents which are used to make attacks are also on the list of the favourable techniques due to affordability, ease of movement (shipping from corner to corner of borders) and generally easy to store.

Populations are vulnerable to these agents and they are exposed to the infection (by the means of adulteration). Bacteria, rickettsia, virus and toxic chemicals such as heavy metals, nerve agents, industrial chemical and pesticides are examples of agents used.

There are specific benchmarks on why terrorists or criminals use a particular biological agent as the agent of turmoil.

Chemical agents have been known to be utilised to cause harm, therefore knowledge is essential.

The biological and chemical agents used as a medium for malicious act can range from industrial grade such as sarin, which has been used since the Second World War.

This awareness is highly taken by many countries where every potential threat either biological or chemical agent is monitored including food supply and agriculture.

Taking practical precautions, together with inaugurating and strengthening surveillance and response capacity, constitute the most efficient and effective way of countering food terrorism as well as other food safety emergencies.

Prevention is best achieved through cooperative effort between Government departments and the private sector.