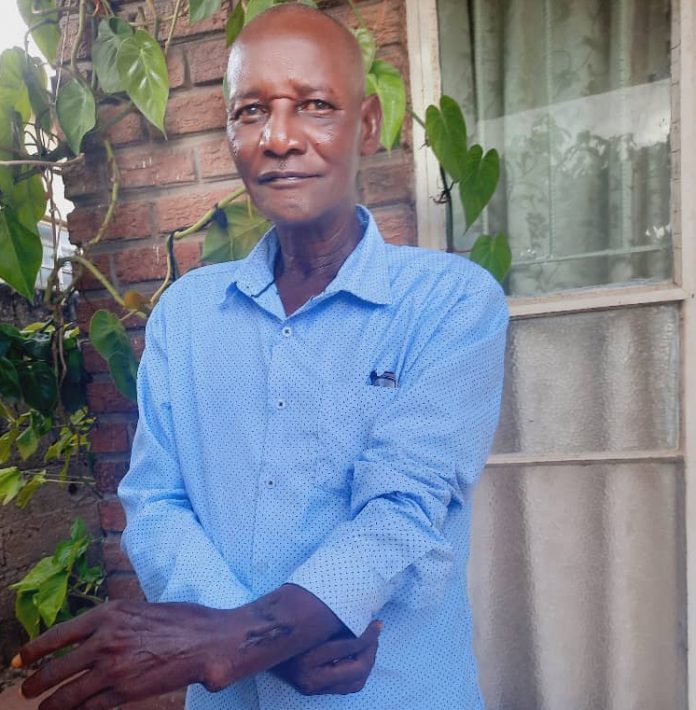 The story of Cde Cleopus Ncube, aka Cde Sweet Sixteen

I WAS born in Rusape, Manicaland Province, some 72 years ago, in Chief Mutungagore Kachidza’s area.

My parents died when I was in Standard Two. This was a painful and heavy blow as both my father and mother died in the same year.

I relocated to Bulawayo to stay with my brother.

My love of soccer saw me making it on the company’s football team.

One of my teammates was the legendary Douglas ‘British’ Mloyi.

I worked at Cybro for a year but soon could not handle the social and economic injustice I experienced at the hands of the settler-regime.

I was not getting fair remuneration; the fruits of my labour were being enjoyed by the white owners.

On leaving the job, I went back to my rural home Rusape where I met ZANLA forces operating in the Manicaland Province, who included the likes of Cdes Serious Tichatonga and SaChiweshe.

My first involvement in the liberation struggle was as a mujibha in the year 1971, by then I was 19 years old.

Cdes Tichatonga and SaChiweshe went back to Mozambique in 1971, but prior to their departure, they urged me to join the liberation struggle to reclaim our land.

But I was not yet ready.

However, the spirit to take up arms against the settler-regime was planted in my soul and it took root.

In 1975, Mozambique got its independence and I was motivated by the songs of the liberation war which we heard on the radio broadcast from Maputo.

I finally decided to cross the border into Mozambique to join the many gallant sons and daughters of the soil to fight the imperialists.

I boarded a truck which had been secured to transport recruits from Nyazura to Mutare.

We saw a police roadblock which we evaded. We ‘vanished’ into the bushes heading towards Tsonzo, passing through Osbourne Dam.

My first battle experience was before I had received any training — this was at Mount Jenya just before we crossed into Mozambique.

Villagers informed us that Rhodesian forces were on their way to intercept us.

The comrades accompanying us planned the battle in a manner that fired us up, the future fighters.

The enemy thought he was executing an ambush while the comrades knew exactly where the Rhodies were.

A dozen of the enemy’s soldiers were killed.

My resolve to fight increased.

On that very day, we entered Mozambique through Mount Tsetsera.

We went to Dhafu, which was used for recruiting and general orientation of the liberation struggle cadres. We stayed there for about three weeks before proceeding to Doiroi Camp.

At Doiroi, I was given the name Sweet Sixteen because I looked younger than my age.

I then relocated to Tembwe Base One, in 1976, where I received my first military training.

At Base Two, I was taught how to handle various rifles and the anti-air gun.

After training, I was deployed to Gaza Province (Sector Two).

In 1976, on our way to the front, I fought my first battle as a trained combatant in Gonarezhou Game Park.

Rhodesian forces ambushed us while we drank water at a river.

In that battle, we lost Cde Manex, who had become a close friend of mine.

There were numerous battles we fought along the way. In another battle where we were outnumbered, a mist miraculously appeared, saving us from sure death.

These battles strengthened my resolve to dislodge white colonial rule.

Another battle I will never forget was an ambush in Mberengwa.

We had the Romanian type RPK, LMG, also known as ‘Let the Masses Govern’.

In that battle, we used all tactics learnt that included bouncing and crawling to survive.

It is one battle I feel the ancestral spirits were fully with us.

When I was operating in Mberengwa, I easily associated with the masses as I was eloquent in Ndebele, Kalanga and Shona.

I was transferred to Shurugwi in 1978.

In Shurugwi, I was engaged in a battle where I nearly lost my hand after being struck by Rhodesian bullets.

I have lived with bone fractures sustained from the liberation war for more than 40 years.

Doctors advised me to live with the fracture just above my neck.

In 1980, I was demobilised because of my bullet injuries.

I really wanted to be integrated into the Zimbabwe National Army and continue serving my country.

I ended up serving Chitungwiza Town Council for more than two decades from 1981 to 2000.

During the Third Chimurenga, I got 50 hectares of farming land in Mazowe which was our main motive and objective in taking up arms.

I am now contributing to food security.