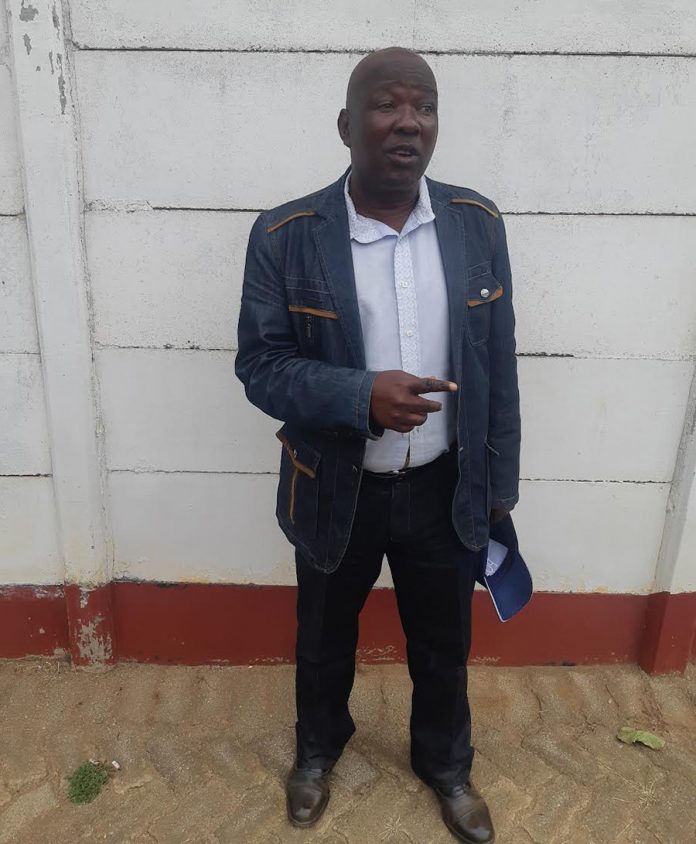 ON July 1 1978, I arrived at Mudzingadzi Transit Camp from Beira where I was admitted after surviving a poison attack.

I met other combatants who had been drawn from other ZANLA war provinces back home in Zimbabwe (then Rhodesia) as we were scheduled to go to Ethiopia for further military training.

The first group was supposed to leave on August 1.

Rhodesians, however, had successfully managed to infiltrate the camp using their black soldiers.

The Rhodesian spies were four and based about six kilometres from us.

They would take turns to come to the base for information gathering and to take food.

On July 27, the Rhodesian spies ran out of luck when one of them was caught with food for four people.

He was thoroughly interrogated before he exposed his mission to the security cadres.

They (spies) had been sent to gather information about the guerillas who were supposed to leave for Ethiopia.

The Rhodesian army intended to attack on the day of departure, August 1, because political leaders and ZANLA leaders were going to be present to bid us farewell.

We tracked the other threes spies with the help of the one we had apprehended and managed to capture one while the other two escaped.

The one we captured had radios which they used to communicate with their superiors in Rhodesia.

He also revealed that they were the ones who were starting veld fires for the past week to expose our camp.

The security commanders then formulated a security measure.

All combatants were to leave the camp early in the morning to a safe zone about 10km away and would only come back in the evening because Rhodies did not attack at night.

However, 200 would remain in the camp with 100 working in the kitchen while the other 100 were constructing barracks.

I was in the company assigned to construct grass-thatched barracks.

As anticipated, on July 30 1978, the enemy attacked Mudzingadzi Transit Camp.

Prior to the attack, one Cde Morari came looking for me.

He had a dream the previous night.

In his dream, I was shot and captured by Rhodesian paratroopers as I tried to flee and ferried to Rhodesia by a helicopter.

At around 9am, I was terrified when I heard the sound of fighter jets flying towards our base.

There were three and dropping bombs while Rhodesians fired their heavy machine guns from the air.

It was a heavy bombardment.

We were under siege.

I took cover in the dry grass we were using to construct grass-thatched barracks.

I was terrified because the attack came just after three hours after I was told about the dream.

My worst fear was being captured.

It was better to be shot dead than to be captured, tortured and later killed.

As the heavy bombardment continued, the grass caught fire and I started to run towards Mudzingadzi River.

I think I was hit on my behind by a bomb fragment as I ran towards the river for safety.

I crawled as fast as I could fearing capture.

I was lucky because the Rhodies didn’t bring paratroopers.

I remember seeing a fellow comrade being swept away as Mudzingadzi River roared.

By this time, the jet fighters were firing along the Mudzingadzi River, targeting fleeing guerillas.

Although I was bleeding heavily and in agonising pain, I jumped into the river and miraculously swam across.

I crawled for a while before I could not endure the pain anymore.

I rested under a musasa tree, praying for someone to come to my rescue.

By this time the Rhodies were done.

All I could hear from a distance were voices of groaning comrades.

Strangely, after about an hour, two vultures came and they dropped a piece of soap and left.

They came back again after a few minutes and dropped another piece of soap.

To date I find this so strange.

I ate a tree bark which I had in my pocket and gained some strength which enabled me to start crawling again.

Fortunately I met comrades who were looking for casualties.

I was taken to Gondola and by a Landcruiser to Pangala

Hospital where I was admitted for five months.

After I was discharged, I went to Doiroi a ZANLA military transit base and stayed at Base 8 en-route to Tembwe where I was to receive military training.