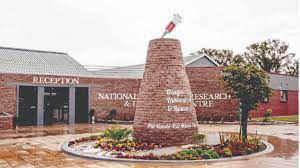 WE, in the village, are also very much abreast with current events and are deducing some very important lessons from what is happening in Russia.

The West has failed to have its way with Russia, with sanctions imposed on that country coming back to haunt the West.

Russia continues to forge ahead, undeterred, without a limp but a spring in its step.

Clearly, Russia’s confidence is not mere bravado but steeped in the fact that this giant of a nation is not confused about its identity and what it represents.

When it comes to trading its oil, effortlessly Russia dumped the US dollar for dirhams to counter sanctions and insulate itself from the effects of these draconian sanctions.

And who knew that a day would come when institutions like the EU would be forced to eat humble pie.

We are reading that the EU will amend its sanctions on Moscow by allowing the unfreezing of some funds of top Russian banks to ease bottlenecks in the global trade of food and fertilisers.

And, my people, let us not be fooled that these Europeans are doing this for the benefit of Africa.

They are doing it for themselves, period.

Russia has proved too strong a country to bully.

In the month of June, Moscow replaced Saudi Arabia as the second biggest oil supplier to India after Iraq.

This news is filtering down to the villages and it inspires us.

My people, let us take a leaf from Russia.

Everything that is happening in our country — all our efforts, our work and the deep foundations we are laying — is driving us towards being a nation that will be solid  and will withstand all the vagaries of the West thrown at us.

President Emmerson Mnangagwa’s visionary leadership is steering us towards becoming a self-sustaining country.

Twelve high-impact dams are under construction, including the Kunzvi Dam and Ziminya Dam in Nkayi.

Plans are underway to have hydropower stations on the dams being constructed to boost rural industrialisation.

Building our nation brick-by-brick, on our own, we are altering and redefining the terms on which future business relations between Zimbabwe and Africa’s erstwhile colonisers will be conducted.

It is really sad some of us fail to rally behind ongoing projects.

The opening of the Midlands State University National Pathology Research and Diagnostic Centre, which will enable work that had been conducted outside the country to be done locally, for instance, is a major milestone.

All this the West does not want because this work will remove the unequal relationship between the people of Africa and those of the West.

As Zimbabweans, as Africans, the sooner we wake up to the reality that Western countries built their economies on the sweat and vast natural resources of the African continent the sooner we will get out of this quagmire.

The West has continued to expropriate our resources for more than 100 years of colonialism and neo-colonialism and we said ‘no’, the West became livid.

While the resources, the raw materials, come from Africa, the factories to process the minerals and other natural resources are built in Europe and the US.

And the Second Republic is setting up institutions to ensure this is no longer the case.

Zimbabwe is being built by its owners, nevene vayo/ngabanikazi; we are not brooking the exploitative relationship between the African owners of the resources and the Europeans anymore.

Our nation is no longer in stagnation.

Whether you see it or not, fact is that the vicious cycle of poverty that characterises the African continent is being broken in Zimbabwe, one chisel blow at a time.

Whatever bad press we are getting, all the negativity, attacks by stooges of the West, are because the Western economies are structured to be dependent on African raw materials and the West believes that it is their right to continue to pillage our resources for their own convenience and we must be silent.

Any African who demands that the resources of African countries be exploited to the benefit of the indigenous people is considered deviant and, therefore, must be neutralised or eliminated.

African leaders championing the cause of their people are considered not fit to rule because they are interfering with Western countries’ foreign policies (read interests).

Zimbabwe’s Government, led by ZANU PF, has been targeted for regime change precisely because it has dared to challenge the West’s predatory and primitive view of the African people.

Our Government has claimed ownership of the country’s natural resources and, for that reason, we have been sanctioned, demonised, intimidated and isolated.

But our all-weather friends, the Russians, the Chinese and other friendly countries from the Middle-East and elsewhere have stood by us.

What the US and the UK want in President Mnangagwa’s place is someone schooled in puppetry and the art of preserving white privilege.

We must fight our former colonisers; one fundamental lesson the liberation struggle has taught Southern Africa is that imperialists do not appreciate reason and logic.

No time is coming when the West will hold a conference at which it will be agreed to leave African resources to the Africans.

Brick-by-brick we must build our nation.