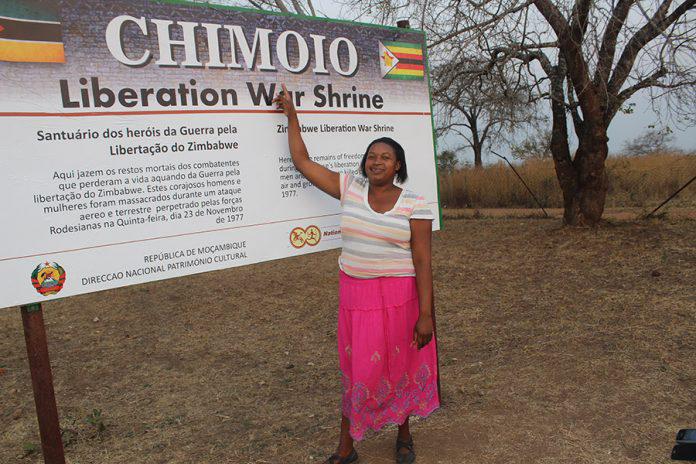 WE in the village remember Chimoio not with tears or pain but respect and pride.

It is not a source of pain but courage and inspiration.

As we build our country brick-by-brick, stone upon stone, we remember where we have come from, what we conquered and we are emboldened in our journey towards vision 2030 of an upper middle-income economy.

“If Rhodesians strike any more of our bases, the next one we build will be 10km closer to the border,” declared ZANLA Commander General Josiah Magama Tongogara, after the Chimoio massacre in 1977.

And this same spirit persists to date.

It is very much alive in the Second Republic, in the leadership which continues to deliver despite spanners being thrown in its way.

When comrades Trabablas Dzokerai Mabhunu Ruka Chivende, Dominic Chinenge and fellow liberation war fighters regrouped after the horror of the November 23 1977 attack, they were emboldened, they had not been derailed from the path to triumph and the country’s independence.

They had no time to lick wounds or feel sorry for themselves.

Emboldened by the Chimoio Battle, the comrades went on an offensive that saw famous battles like Grand Reef and Mavhonde being waged and won.

Vision 2030 will be achieved because President Mnangagwa and his lieutenants know adversity, know horror, have taken blows, have received fire volleys from hell and not only survived but thrived.

For those not in the know, I will tell you a bit about Chimoio and the massacre therein so you may not underestimate the Second Republic.

The ZANLA Chimoio Base Camp in Mozambique’s Manica Province, some 90km from the Zimbabwe border, was ZANLA’s biggest military camp and its military headquarters.

The Chimoio ZANLA camp had several camps in one.

It was made up of sub-camps such as Percy Ntini (recuperation camp for injured freedom fighters) Osibisa (for women) Chindunduma (for freedom fighters of school going age) Takawira Base Two (military training camp) etc.

The Rhodesians decided to attack the above massive camp on November 23 1977, in an operation they codenamed ‘Dingo’ where the entire Rhodesian Air force which was the second biggest Air force in sub-Sahara Africa was used.

This was the first ever large scale air attack on freedom fighter camps since the Second Chimurenga had begun in 1972.

And according to the Rhodesians it was meant to, ‘seriously disrupt ZANLA’.

The use of internationally banned weapons and poisons has been acknowledged by former Rhodesian soldiers which goes to show how desperate the Ian Smith regime was to keep Zimbabwe under white oppressive rule.

The most horrendous weapons were used on our people.

The flechette, napalm bombs and the CS Pellets, among others.

What was this evil flechette bomb?

The manufacturers describe it as thus:

“The French produced an anti-personnel warhead for 68mm rockets that incorporated thousands of tiny darts known as ‘flechette’.

When the rockets were fired they flew for just under one second before explosive charges warhead casings to release the flechettes into very high-speed free flight.

A salvo of flechette carrying rockets results in a dense cloud of lethal darts covering a large area of ground. Flechette rockets were forbidden by international law because the darts, upon impact with a human body had the habit of tumbling and making nasty exit wounds.”

Now the Rhodesians under Bowyer’s guidance ‘improved’ the banned flechettes by adding nails to darts making them more terrible.

When the Rhodesians’ knew banned weapons were released from a jet for example, it resulted in an immensely dense cloud of 9 000 flechettes which made survival of exposed people impossible within the 900 metre long by 70-metre strike area.

To give some idea of a flechette strike from a single hunter jet, it would require no less than 450, 303 Browning machine guns firing in unison to match a single flechette bomb.

And this bomb was used at Chimoio targeting people who were at parades and children at Chindunduma who were at assembly.

Another evil and banned weapon used at Chimoio was one referred to as the CS pellet.

These CS pellets were simply pellets filled with a special type of teargas.

And these CS pellets were more deadly than teargas released from teargas canisters.

CS pellets act differently in that they release invisible gas over a long period of time.

The unheated heavier than air gas spread out at ground level and migrates in every nook and cranny.

Its presence makes it quite impossible for any human to remain where pellets are present.

The Rhodesians used them without caring at Chimoio.

And a lot of freedom fighters lost their eyesight due to them.

Then there was the banned Napalm bomb which was nicknamed ‘Bomb remaporridge’ by freedom fighters.

This bomb was totally banned across the world because it was the most evil.

When it exploded, instead of hitting the intended victim with shrapnel, it hit him/her with an evil ‘porridge’ which when it came into contact with the human body it began to burn and eat away his/her human flesh the way a veld fire quickly consumes dry grass!

When it comes to poisons, the Selous Scouts – who were the evil specialists in this area poisoned water sources around Chimoio such as wells, rivers, streams using cyanide – germs etc.

They poisoned all the food in the freedom fighter stores.

After the battle came to an end and the survivors drank water in the rivers and streams around their camps or ate any of their food in the stores which they thought were safe, they died horrifying deaths from the Rhodesian poisons.

According to the Rhodesians, the Chimoio Massacre was meant to ‘seriously disrupt ZANLA’, but did it?

It made us stronger just as a challenge thrown our way today strengthens us.

We were forged in fire and came out stronger.

We will never forget.