For Zimbabweans, these are not strange questions.

The answers are not too complicated.

Musikavanhu made vanhu, therefore it is He who defines hunhu.

Musikavanhu made vanhu, hunhu is what binds Him to man, with vanhu; it is His covenant with His creatures.

In the absence of hunhu, He departs.

Whenever things go wrong in their lives, they know it is because they have disturbed their relationship with Musikavanhu.

Hunhu fundamentally fears God; respects life as the embodiment of Musikavanhu’s Will, does not tolerate disrespect for elders, doesn’t permit murder, adultery, theft, dishonesty, uncouthness, aggression, unruliness and cruelty (utsinye), among many other misdemeanors.

Hunhu is synonymous with good neighbourliness; it is to be intrinsically divine, it is uvepo in an individual.

The whites who came to us armed to murder, in order to loot and plunder our wealth, knew we were of Musikavanhu and lived by His code of conduct.

Dr Tirivangana cites King Leopold of Belgium who, in 1883, admitted as much when he was briefing missionaries to come to Africa as the frontrunners of the armed robbery of the land of the Africans.

“Your principal objective in our mission in the Congo is never to teach the niggers to know God, this they know already. They speak and submit to a Mungu, one Nzambi, one Nzakomba, and what else I don’t know. They know that to kill, to sleep with someone else’s wife, to lie and to insult is bad. Have courage to admit it; you are not going to teach them what they know already,” Leopold told his foot soldiers.

For us, Musikavanhu is Supreme, Unkulunkulu, the Creator; there is only one Creator, the Ultimate Being, Nyadenga/Samatenga, the cause of all that Is, He Is, Ndiye Uvepo.

It is Musikavanhu who walked with us through the war of liberation; He was with us each step of the way and we followed his ways enshrined in Nzira dzamasoja.

ZANLA, in outlining these precepts as the code of conduct of the people’s forces, the people’s army, was ensconcing with law of the land, with Musikavanhu, without whose ensconcement and blessings the war would go nowhere.

This was a code of ethics, a moral code, a code on hunhu.

ZANLA would have no credibility without hunhu, without Nzira dzamasoja. In fact, there would be no purpose for the war of liberation, because it was a war to liberate the people and you do not liberate those you do not love nor respect.

The history of Hebrews, interestingly is also of a God who departs when His ways are disregarded.

The Hebrew name for God is Yahweh. He defines Himself as ‘The Alpha and The Omega,’ ‘The beginning and The End, ‘ I am who I am’.

He describes Himself to the Hebrews as ‘He Who Is.’ ‘Uvepo’, thus the cause of all that Is, therefore the Creator.

The first thing Yahweh did after liberating the Hebrews from Egyptian bondage was to give them His laws; was to define the way they were to relate to Him.

He did not liberate them to be n’ombe dzamashanga, they had to follow very strict precepts.

Yahweh did depart; He also punished; He also did teach. whenever there was abrogation of His ways, he demanded accountability.

The Hebrews were His people as long as they obeyed his commands, and when they did not, He told them: “You are not My people.”

He called on Israel to repent its sins of apostasy and warned of the judgment to come from God.

The second son was called Lo Ami, meaning ‘not my people’, to indicate God’s wrath and rejection of Israel as His people because of its faithlessness…

The Ten Commandments were Yahweh’s covenant with the Hebrews:

5. “Honor your father and your mother, that your days may be long upon the land which the Lord your God is giving you.

7. “You shall not commit adultery.

9. “You shall not bear false witness against your neighbour.

10. “You shall not bear false witness against your neighbour.

The first three of the Ten Commandments are about the exclusiveness of Yahweh’s relationship with the Hebrews. He declared: “I am a Jealous God”, there could be no other gods!

‘Bennett forced me to join Rhodesian Forces at gunpoint’ 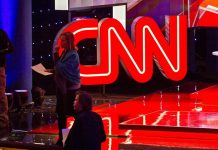