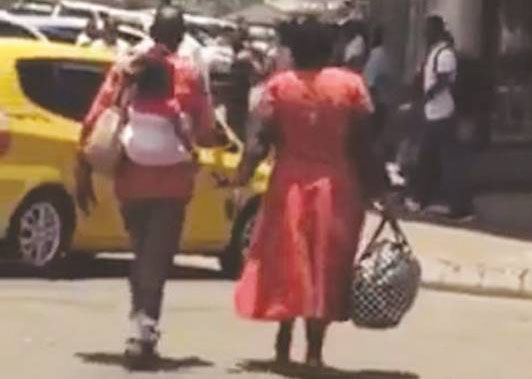 EDITOR — I WAS recently disheartened to see a mob bullying a couple that was going about their business at the Gulf Complex in downtown Harare.

Touts and those passing by whistled, shouted and taunted the couple because the man had strapped their baby on his back and was carrying a pocket of potatoes on his head while the wife was walking along carrying a small bag.

Some called him names for being a dimwit  who had been fed a love potion (akadyiswa) because he was allowing himself to be the ‘beast of burden’ instead of his wife. Some took out cameras and recorded them, obviously to post on social media.

Some people felt it was the woman who was supposed to be the ‘beast of burden’ and not the husband. I later heard a discussion about the incident on radio as the video had trended on social media. Some kept saying it was possible the wife was not well and that is just sad because they are insinuating that had she been well, she should have been the one carrying a 15-kilo pack of potatoes on her head and 3-kilo baby on her back.

Does this not then contradict the argument that men are physically stronger than women if women must be the ‘beasts of burden’.