Home Opinion  Our hardships are sanctions-induced: Part One 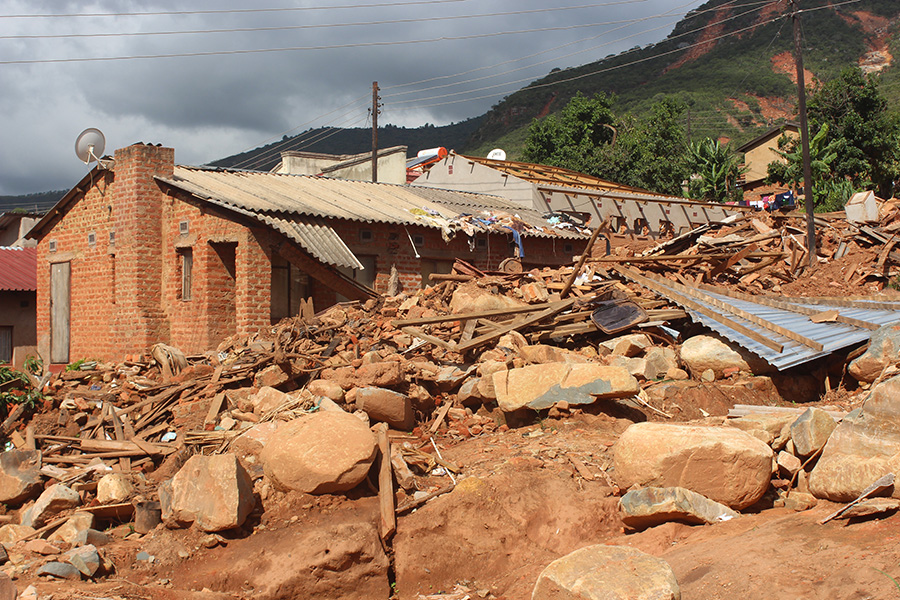 ON many occasions, people have sent me an article titled ‘It’s Not Sanctions, It’s Corruption and Lack of Reform’ penned by the US Ambassador Brian Nichols on October 24 2019.

Those sending this article use it to advance the argument that the economic hardships in Zimbabwe are caused by corruption — and not sanctions.

So, by deduction, those of us fighting sanctions should abrogate our citizen duties of national defence and fight corruption.

Unfortunately when this article came out, our media monitoring (at ZUAUWS) never picked it up, as a result we never got to respond to this piece officially.

Nevertheless, two articles based on the same argument were then written by two media houses: Zimbabwe Online on October 14 2019 and South Africa’s IOL on November 25 2019 with the heading ‘Lifting Sanctions On Zimbabwe Won’t Solve Zimbabwe’s Woes’.

It would seem that both articles used the same discredited arguments made by Nichols as their source.

We responded comprehensively and directly to each of the media houses, posting the responses on social media and subsequently the articles were reposted by various publications, like The Herald.

Since then, we never got a response from Zimbabwean Voice, which is typical of the unprofessional approach of most ad hoc Zimbabwean publications.

As for the South African publication, soon after our letter, IOL wrote an article quoting Rutendo Matinyarare as having argued that sanctions are responsible for the demise of the Zimbabwean economy and not corruption.

Not exactly a retraction, but they were compelled to acknowledge that there is another side to the story of sanctions in Zimbabwe other than the propaganda advanced by the US government.

Considering that there is quite a body of knowledge building around debunking the myth that Zimbabwean sanctions are not hurting the people, I was a bit ambivalent about writing another piece if Zimbabweans lack the desire to read the existing articles.

Nevertheless, for the purpose of adding to the growing portfolio of intellectual work on the complex subject, I have decided to put another account on record for the benefit of our academics, intellectuals and authors as they work to demystify this economic warfare that is upon the people of Zimbabwe.

Sanctions from same toolbox as slavery and colonialism.

History must be clear that, in the same way slavery and colonialism were used to under-develop black and brown peoples across the world for centuries, including Nichols’ ancestors, the collective punishment of 15 million innocent Zimbabweans by his government’s illegal sanctions (an extension of that same culture of white domination and criminality that was slavery and colonialism) is unequivocally responsible for the challenges millions of Zimbabweans face today as the US work to hinder economic growth and competitiveness in Africa.

As with slavery and the genocide of American Indians over the centuries, the US imposed these illegal economic measures to destroy the capacity of black Zimbabweans to control our resources and use them to advance the nation.

This is something Henry Kissinger promoted in NSSM39, to stop the radicalisation of Africans so that they wouldn’t compete with US economic interests by controlling the region’s strategic mineral resources.

All things being equal, the cause and effect of sanctions is pretty clear when considering that, from 1980, the same Government that is under sanctions today, built one of the most stable economies of some of the most educated people in Africa in just 25 years (from 1980 to 2005).

By so doing, Zimbabwe attracted many migrants from South Africa, Zambia, Angola, Mozambique and Botswana to seek refuge, education, skills training and healthcare over the 25-year-period, despite corruption being a cancer inherited from the colonial capitalist system.

So let’s address the arguments proffered by Ambassador Nichols:

Sanctions are only on 141 nationals.

The United States have invested a lot of resources to drive the narrative that Zimbabwean sanctions are only on 141 individuals. A claim reinforced by Ambassador Nichols in his propaganda piece.

However, AgriBank, IDBZ and 10 other parastatals are not individuals.

Suffice to say, such an unnecessary, disproportionate and indiscriminate bombing of civilian infrastructure in wartime is illegal and a war crime according to the Geneva Convention.

This, by deduction, means that the same collective punishment of civilians by persecution of sanctions in peace time is illegal and a crime against humanity.

More critically, they limit the Government’s capacity to service the most vulnerable members of our society who constitute over 60 percent of our population.

The implication being Rhodesian sanctions, their underdevelopment and high interest debts doubling every seven years, were inherited by the Zimbabwean Government to become the first set of sanctions (restrictions) upon the recently independent country.

Repayment of previous debts and new debts had to be sustained by Government taking more loans as narrated previously. However, the IMF refused to give any loans for reindustrialisation, technology upgrades and retooling in manufacturing (the same thing US sanctions are doing today).

It was a deliberate strategy to deindustrialise Africa as the Morgenthau Plan that was designed for Germany and then repurposed for Africa, prescribed.

Accompanying that, the Government was also induced to buy back idle land from the colonial settlers at market prices, in foreign currency, in the name of reconciliation.

These unsustainable financial obligations would lead to ESAP and eventually an inevitable default on compounding colonial legacy debt repayments that the nation can’t cancel today due to ZDERA.

The colonial debts and their interest, continue to mount, inhibiting reconstruction, capital accumulation, the building of power generation capacity, roads, hospitals and railways to lift ordinary people out of poverty in line with the UN Millennium Development Goals and Sustainable Development Goals.

It was for the purpose of stopping economic development in Zimbabwe (in line with the African Morgenthau Plan) that ZDERA was enacted with similar restrictions placed upon blacks during slavery and Jim Crow and the American Indians under the Monroe Doctrine.