The story of Cde Blessing Mukome

NOVEMBER 23 and 24 1977 are unforgettable dates in my home village of Nyabadza in Honde Valley.

The news of the gruesome Chimoio attack had filtered through.

Apparently, in an act of genocide, Rhodesians had attacked a ZANLA camp in Chimoio, killing thousands of Zimbabweans, among them, innocent women and children.

I was a war collaborator then after the closure of my school, Mponda Primary School, where I was in Grade Seven.

We were gathered at a pungwe the very night of the attack when Cde Pfepferere broke the news of the Chimoio massacre.

On November 24, around mid-morning, I was petrified when a spotter jet flew past us.

We were coming from Nyabadza Shop where we had gone to collect clothes for vanamukoma (freedom fighters).

A spotter jet, popularly known as ‘nyamagumba’, was a clear sign of impending danger, hence we rushed to a nearby mountain called Chiradzikiro for refuge.

In no time, ugly helicopters filled the sky, flying towards Hwahwazira Mountain which was not far from Chiradzikiro.

We knew that about four groups of ZANLA forces were stationed in Hwahwazira Mountain and a sell-out had informed Rhodesians about the base.

The sell-out, however, had no detail about the number of liberation fighters in Hwahwazira Mountain.

Since Chiradzikiro Mountain was not far from Hwahwazira Mountain, we could see the action clearly.

The helicopters started hovering around the mountain, dropping bombs.

We then saw two Dakotas dropping paratroopers before vanamukoma started firing from different positions of the mountain.

There was heavy gunfire exchange for the next hour before two helicopters were blown up by the ZANLA forces.

Rhodesians were eventually overpowered and we were delighted when we saw their remaining choppers heading back towards Mutare, while their military trucks drove back to their barracks.

We rushed back home after hiding vanamukoma’s clothes on the mountain.

The following day, the Rhodesians came and all villagers were gathered at Nyabadza, the village head’s homestead.

All the boys were force-marched together with elderly men to Hwahwazira Mountain.

There, we were supposed to load corpses of Rhodesian soldiers onto trucks.

The bodies were scattered around the mountain.

We loaded over 20 bodies before the trucks headed for Ruda, a Rhodesian military camp.

I understand the bodies were later airlifted to Harare, the then Salisbury.

This was another decisive victory for ZANLA. 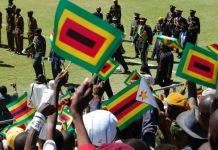 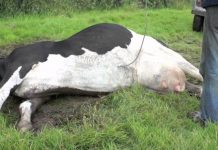