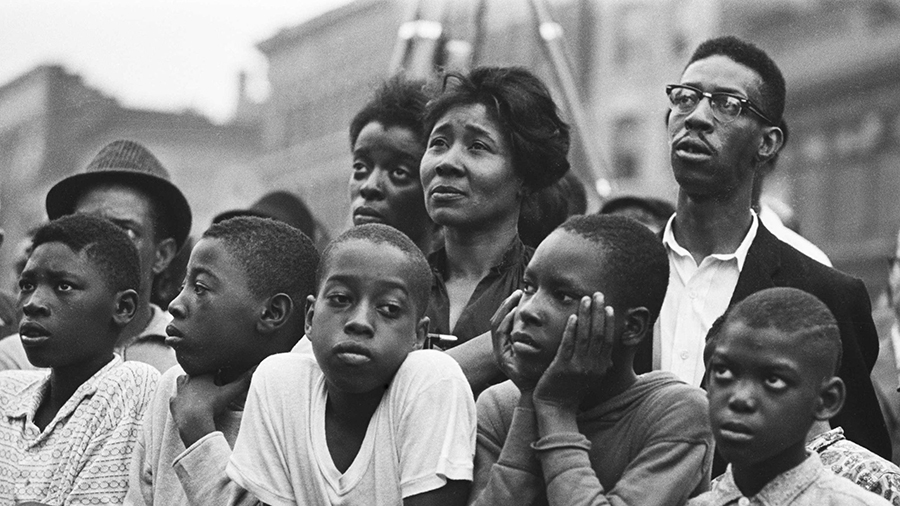 THE current Zimbabwe territory is the home of the holiest temple on planet earth.

The name of this holiest temple in our local language is MaDzimbahwe, meaning House of Stones, which has no parallel in architecture.

It is the greatest dry stone building in the world and the only one still standing on the motherland as others that dotted our continent were destroyed by Arabs, Portuguese, Belgians and the British.

This was done as these were our power bases connecting us to Yahweh and destroying them weakened and made us spiritually powerless.

Unfortunately, today it is a tourist attraction, instead of being a place where the whole Nahasis (blacks) must congregate, reflect and try to reconnect with Yahweh through the positive spiritual world, to remove the burden, pain, self-hate, lack of self-knowledge and all negativities our race is experiencing.

For this reason, I am saying the pan-African Parliament presidency has come home, even if it will only be for three years.

We hope by then the mustard seed would have been sown which will germinate into our renaissance.

Unfortunately, these bodies have been viewed as political, academic and intellectual bodies that do not concern the common man and woman.

The ordinary persons are not wrong in their thinking as these two continental bodies are invisible on the ground.

As I was researching on PAP, following the infamous embarrassing Operation Dudula that is happening in PAP backyard, I came across this article by Babatunde Fagbayibo, Associate Professor of International Law, University of South Africa, published on November 23 2017 and titled, ‘Toothless pan- African Parliament’ could have meaningful powers.

“The pan-African Parliament was established by the African Union in 2004. Since then it has not passed a single law. That’s because it is based on protocol that gives advisory role. The Parliament can gather information and discuss it but can’t make binding regulations to change anything.

Its ‘limited’ consultative and advisory powers hamper the African Union’s ability to achieve a prosperous and peaceful as envisioned in its Agenda 2063.

Is there any point then in having this Parliament?

The 2001 Protocol envisaged that a conference would be organised to, ‘…review the operation and the effectiveness…’ of the protocol five years after the establishment of the Parliament, which was 2009. This provision gave rise to the view that such a conference would explore the possibility of granting the Parliament meaningful legislative powers. But no review has been carried out so far. Instead, the AU Assembly of Heads of State and Government replaced the old Protocol with the new 2014 PAP Protocol. Nothing much changed. The new protocol gave the pan-African Parliament to submit ‘draft model laws to the assembly… for it’s consideration and approval’.’’

By making things remain the way they were, African leaders are showing that the Parliament will remain a nominal platform.

It is unlikely to become an effective organ with the mandate to pass the kind of laws that will advance African integration and development.

Denying the continental Parliament reasonable legislative powers undermines its legitimacy and raises concerns about its relevance.

There is an important work the Parliament could be doing.

The PAP could be advancing Agenda 2063 programmes.

The agenda outlines seven goals, to be achieved over the next 50 years, that are central to achieving political and economic development in Africa.

These include promoting peace and security, good governance, youth development and gender equity.

A PAP with real legislative powers could lead the harmonisation of standards and policies across the continent. It could oversee AU organs such as the commission and national Parliaments.

This could require a new way of thinking. Some member-States and regional Parliaments may want to work directly with PAP to draft continental legislation.

Indeed, the 2014 Protocol recognises this type of arrangement. The challenge would be to make it work in practice.

First of all, political will would be required to make PAP a true legislative assembly. The AU member-States are unlikely to transfer power to it all at the same time.

The vast majority of member-States have a lukewarm disposition towards African integration and are not likely to support a stronger continental Parliament.

For some African countries, national interests may come first as well as being influenced by Western nations.

The AU needs to explore the possibility of a flexible or differential approach to transferring powers to the pan-African Parliament.

This rests on the willingness of member-States to deepen African integration at a quicker pace.

The AU will have to identify member-States and regional Parliaments that are prepared to work directly with the pan-African Parliament and then map out the areas in which legislative powers could be shared.

The Parliament would then develop model bills to guide willing national or regional Parliaments so that every bill proposed could align with continental objectives.

In the EU, in which the AU is modelled, for example, a national Parliament has the powers to review proposed legislation and comment on policies to be adopted by the European Parliament.

The final step would be to encourage direct elections to the PAP.

These could be carried out at the same time as general elections in member-States. In the EU, members of the European Parliament are directly elected.

Similarly, the AU could, at the initial phase, allow countries to synchronise the election of PAP members with national or local elections and later provide a uniform timetable for all participating member-States.

Participating States would need to provide the AU with electoral schedules, and then allow it to work with their respective electoral management bodies to facilitate the regional poll.

Direct elections organised in this manner would enhance awareness of PAP and its activities.

The rhetoric on the need to have a strong Parliament has to be matched with action.

While some member-States may be willing and ready to transfer legislative powers to the continental body, others are not.

It’s effectiveness ultimately depends on its ability to make laws. The AU will have to invest more time and resources in bringing member-States together, to speak with one voice.

Our race is living on borrowed time because we lack self-knowledge as we absolutely believe his-story, the Tambou narrative about our ancestors, making us fight each other and in the corner of those who despise us.

Many of us think there is a future, even if we do not know our past, yet the opposite is the true.

Our present predicament is because of the likes of Lord Macaulay (1835) and King Leopold 11 of Belgium (1883) as well as the mistrust among our political leaders.

Macaulay and Leopold built a foundation for the whole white race to continue dominating us until the end of the human race; that is, if we continue ignoring self-knowledge and throwing common sense to the wind.

These are the words Macaulay used when he was about to end his speech to the British Parliament in 1835: ‘’And they will become what we want them, a truly dominated nation.’’

Only a fool can deny that our race is truly dominated, not only here on the motherland but all over the world.

The knockout punch came from King Leopold 11 in 1883 when addressing colonial missionaries:‘’Evangelize the niggers so that they stay forever in submission to the white colonialists so they never revolt against the restraints….’’

Who is fighting in the corners of Macaulay and Leopold?

None other than our grandfathers and grandmothers, mothers, fathers, uncles, aunts, daughters and sons and when one points to the inconsistence of the Holy Bible and say it was corrupted in order for us to self-dehumanise, one is called a liar.

With such type of ignorance, does PAP stand a chance of uniting Africa?

We are a spiritually and physically captured race, as evidenced by how we relate to each other.

A case in point is South Africa, where blacks think that whites are more indigenous to Africa than Africans from other African countries.

Can one blame them?

What does this statement from Prof. Babatunde Fagbayibo insinuate about the formation of PAP: ‘’In the EU in which the African Union is modelled…,’’ simply affirms that Macaulay and Leopold did a fantastic job for their race — we are followers not initiators.

We, as a race, are supposed to follow the ways of Yahweh and respect Yahweh’s rights which supercede ‘human rights’, but the opposite is happening and it is very painful that PAP talks about human rights instead of Yahweh’s rights.

This was our norm before the likes of Macaulays and Leopolds corrupted the way of Yahweh into what they then called the Holy Bible.

By saying this, one is labelled a devil incarnate by his or her race, fighting in the corner of the Macaulays and Leopolds of the white world.

The Dudula Operation in South Africa clearly shows how we are out of touch with the ways of Yahweh and our ancestors.

The concepts of Maat, our ancestors’ religion based on truth, balance, order, harmony, law, morality and justice, is what PAP should be preaching to its constituents when it was founded and this could have prevented scoring an own goal in its backyard, like Operation Dudula.

PAP should have hit the ground running by being visible on the ground, telling it’s constituents that Africa is a country and not 54 States, preaching our story not his-story, the source of our problem.

Is their hope for the motherland? Yes there is, that is why I have titled this article PAP presidency comes home.

For the first time since its formation, PAP has a president who is culturally and spiritually positive in the name of Hon Mambo (Chief) Charumbira, who is Zimbabwean.

His credentials as a mambo (chief) has him informed of the aspirations of the positive spiritual world, that nothing short of total unification of the motherland will please the ancestors.

He is well aware that we are a people because of our glorious past which is envied by our enemies and detractors but unknown to most standard-bred and sufferers of SAVIS among us.

He hit the right cord when he said, we are not Anglophones, Franco or Lusophones as these identities are called by Prof. Ayi Kwei Arma: ‘’Murderous as they were imposed on us.’’

Prof Ayi Kwei Armah is famous for saying Africa needs cultural workers for it to fully integrate and unite.

These were overlooked by the AU and also PAP, culminating in Operation Dudula.

Cultural workers could have informed South Africa that, that part of Africa was once ruled by Emperor Mwenemutapa of present day Zimbabwe and that Mzansi they are proud to talk of is derived from a Shona word ‘kuzasi’, literally meaning further down.

It would be interesting if Mambo Charumbira meets Prof. Ayi Kwei Armah and lay foundations for cultural workers during his tenure as president of PAP.

That would be the beginning of African renaissance loathed by our former slavers and colonisers and hated by the standard-bred and sufferers of SAVIS among our race.

Mambo Charumbira must make PAP depend on contributions from member-States of the AU and not to solicit funds from the West and NGOs in order to make PAP credible.

NGO’s are controlled by the ‘masters of the universe’ who prefer a balkanised Africa that will always dance to their tune.

Africa needs no-one, but all continents need Africa; that is why there is the mad rush to invest in Africa.