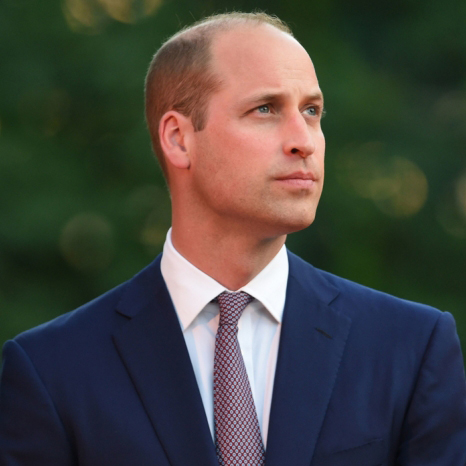 IN 2017, Prince William, heir to the British Crown, intimated that the population growth in Africa was endangering the continent’s wildlife.

On November 29 2021, as reported by a local daily, he raised the same concerns at the Task Conservation Awards held in London.

It does not need a rocket scientist to understand what the Prince meant.

In a nutshell, the Prince is more concerned about wildlife than Africans’ lives.

His utterances are very revealing.

Some among us might say this is far-fetched, but forget to look at how China transformed herself to what it is because of population growth.

If HIV and AIDS, Ebola and, currently, COVID-19 had done what was expected of them, Africa would always have been a perennial dependent continent on other continents much poorer than her.

This statement, to Africans suffering from what I call standard bred syndrome (SBS), is a conspiracy theory.

Africa is the jewel of the planet and all races on earth are aware of it except her sons and daughters who suffer from SBS.

To these, nothing good can be expected of the motherland.

This is because most of them don’t know the history of our so-called benefactors as history to them is a non-event because they live in the present and future. They forget life is about a triangle of the big three, namely, past, present and future.

As the saying goes: ‘Those who know their past control the future and live comfortably in the present’.

This, to Africans suffering from the SBS, does not make sense as they view our past as ‘demonic’ because of the influence of the Christian missionary enterprise and Islam.

To them, whites and those light-skinned with curly hair are Yahweh-sent.

The sin of Africa’s education system is not teaching Tambou’s history from ECD to university level.

The history most known of the Tambous is what our race sees on television, the internet and so on.

Their history is not known by the majority of our race, making them ‘invincible and god-like’.

The Book of Enoch, the Ethiopian version, is most revealing, but is considered a ‘conspiracy theory’ because it’s not part of the corrupted Bible of the whites, which incidentally was penned by our ancestors we so despise and denigrate.

Enoch 6,7 and 8 reveal why the whiteman’s continent has no wildlife like what is found in Africa. Enoch is the seventh from Adam, is the first scribe on earth, is the second most holiest person after Yeshua ben Yosef, corrupted to ‘Jesus Christ’ by whites.

His writings concerning white people were not well received then, and even today.

Totemism, that our so-despised ancestors practiced, is the reason Africa has such a diverse beautiful wildlife and rich fauna.

This now brings me to the above topic of Prince William’s utterances.

His utterances are not new.

Otto von Bismarck, Chancellor of German Empire, uttered similar words 150 years ago (1871), 12 years before the infamous letter of King Leopold II of Belgium to the colonial missionaries who were to ‘evangelise’ the Congo.

This was 13 years before the forceful partition of Africa, which imposed borders Africa is still respecting, meaning we are still partitioned for the white peoples’ benefit.

This is not the Africa Lord Macaulay saw and envied in 1835, culminating in his speech to the British Parliament then.

This is what Otto von Bismarck envisioned Africa to be in 1871.

Bismarck wanted to make Africa a tourist attraction for Europeans, an approach that lumped together humans and animals as wildlife.

His legacy has remained and his views continue to exist in pursuit of white supremacy over Africans even in this current age of democracy and egalitarianism.

To me, Prince William’s utterances reflect his German lineage.

Before the Second World War, the British Crown was associated with Germany.

This umbilical cord was severed because of the unpopularity of Nazism and Hitler’s wars.

The Prince’s utterances should have been censured by the AU but this was never done; otherwise he would not have repeated it.

Silence is never golden when one is being insulted. By remaining silent, it means the insult is the truth. Despite the mistaken belief that they are better than our ancestors, modern Africans have nothing to show for their modernity, except aping whites.

These, in fact, are the weakest link in the Nahasi’s (black people) renaissance dream.

The utterances of Prince William are divine to whites, for anyone doing business in Western countries automatically lands in trouble if he/she mistreats animals.

A case in point is the African footballer by the name Kurt Zouma who has lost sponsorship from Adidas for kicking his cat.

The incident trended on Twitter and was also news on France 24.

What would have happened had Zouma kicked a white ballboy, like what Eden Hazard, a former Chelsea player, did?

The message here is clear.

Whether you are a millionaire, billionaire or trillionaire, if you are black, you are just nothing.

The answer is simple: Hear, see and speak no evil when your sponsor is insulting you.

Being SBSs, we, as a race, must always see, hear and speak our evil and criticise each other for the benefit of whites.

We are freed slaves with no freedom as we are always invisibly chained to the European systems. We are batteries with no battery chargers as the charger will be with the Europeans, thus leaving us no choice but to pander to the whims of whites.

Oh, I almost forgot that Prince William is really a chip off the old block, his grandfather Prince Phillip, who was also not good at race relations.

Perhaps Prince William is atoning for the sins of his ancestors.

Read the Book of Enoch Chapter 7:5 (Ethiopian version): “Better to voice your displeasure openly, irrespective of the consequences, than to behave like one who is dumb, blind and deaf.”