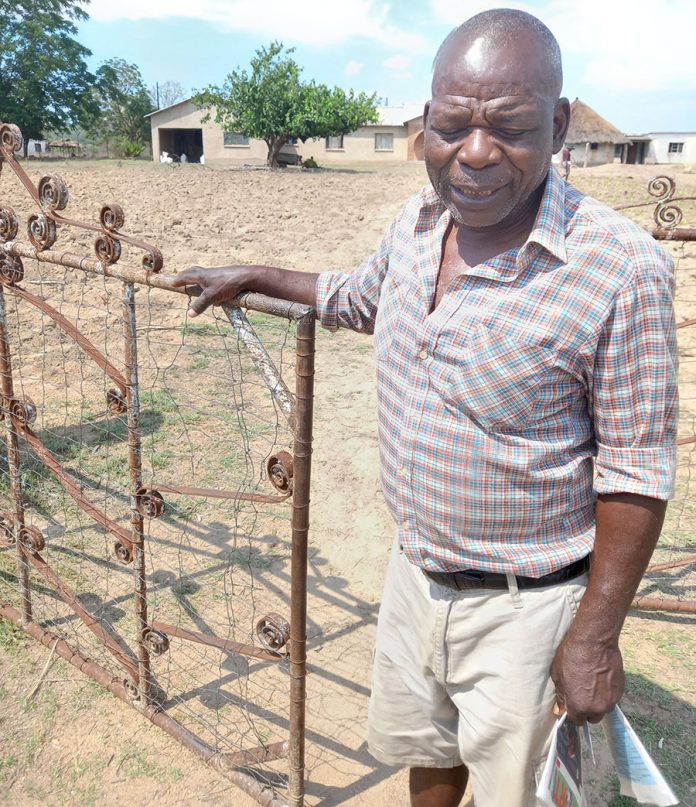 I WAS born 75 years ago in, Kombekerei Village under Chief Mambo Mapungwana in the then Chipinga District.

In 1955, I enrolled at Mapungwana Primary School for Substandard ‘A’ and ‘B’ then proceeded to Standard One and completed Standard Three in 1959.

I later transferred to Mt Selinda where I did Standard Four up to Standard Six.

Unfortunately, I failed English hence could not enroll for secondary education.

I relocated to the then Umtali (Mutare) and got a job at Rhodesia Nyasanda Forestry Enterprise in 1973.

I worked for two years only.

I was forced to retire due to poor wages before joining the then Rhodesia Milling Company, now Gloria Flour.

It was during my days at Rhodesia Milling Company that I started reading African Times magazine.

It was an eye opener.

I learnt of the commencement of the liberation struggle in Mt Darwin.

My enthusiasm to join the liberation struggle was fortified every time I read the magazine.

I made the most important decision of my life by abandoning my job and joining the liberation war on October 11 1973.

I boarded a train from Umtali in the morning and arrived in the then Salisbury (Harare) in the afternoon.

I waited for another train to Bulawayo which I boarded at night.

During this time, Mozambique had not yet attained independence from Portugal hence Zimbabwe was assisted by Zambia and Tanzania with military training bases.

ZANU military recruits would go to Zambia via Botswana, while some cadres would later proceed to Tanzania for further military training.

I arrived in Bulawayo on October 12 1973 and boarded another train destined for Francistown, Botswana.

I dropped off in Plumtree and made my way to Empandeni Mission.

From there, I crossed the border and met two Tswana police officers who assisted me after interrogation.

They took me to Francistown where I met Wendy Choga and one Dzamatsama, among other Zimbabweans, who were on the same mission of joining the liberation war.

We stayed in Francistown for 14 days before the late General Vitalis Zvinavashe came to pick us up and drove us to the airport where we boarded a plane to Zambia.

In Zambia, we were welcomed by ZANU delegates who took us to the late Chairman Herbert Chitepo’s residence in Lusaka.

Chairman Chitepo was not around when we arrived, but he returned in the evening.

That night we slept late as Chairman Chitepo lectured us on self-reliance.

The lessons are still significant in my life today.

We stayed at Chairman Chitepo’s residence for three days before we were taken to a ZANU military transit camp in Kafue Game Park.

I received basic military training at that base from October to December.

Among the instructors was Cde John, Cde Zongororo and Cde Basopo.

Cde Robson Manyika came and took us to a FRELIMO base which was to the eastern side of Zambia.

We were to meet a group of other ZANLA combatants who were going to the front.

When the group arrived after a week, we learnt that they had all left to go to the front hence our mission was diverted.

Cde Manyika told us that we had to go to Tanzania to occupy Mgagau Military Training Camp and receive further military training.

The journey took us three days.

I began further military training from January 4 1974 and graduated as a ZANLA guerilla on June 29 1974.

I specialised in engineering and use of explosives which became my best area of operation during the liberation struggle.

We left Mgagao and went to Kongwa Transit Base before the arrival of Cde Manyika and Cde Gwauya who, in their address, told our group of 200 cadres that we were now going to the warfront to face the enemy.

We were ferried by lorries to a farm which had been purchased by ZANU en route to Mango Base where I met General Josiah Tongogara for the first time.

General Tongogara, who was in the company of Cde Florence Miti and Cde Dadirai, among other ZANLA combatants, told us that ‘our feet were now our carriage’.

It took us six days to get to Zambezi River.

By the time we got to Zambezi River, most cadres’ shoes were worn out.

We were helped to cross into Mozambique by one Mawaya.

We were to navigate our established routes to Zimbabwe from Mozambique.

Mawaya, a Tonga who knew Zambezi waters very well, used his canoe to ferry us across in small groups of seven freedom fighters at a time.

Cdes Thomas Nhari and Dakarai Badza, ZANLA commanders who later rebelled in November 1974, were waiting for us when we got to Mozambique.

Cdes Nhari and Badza took us to Teresera, a FRELIMO military base, where they addressed us.

We were grouped into two sections of 12 guerillas.

It was in October and there was scarcity of mealie-meal in Rhodesia and Mozambique.

A war collaborator told us of a shop which had plenty of mealie meal, but the owner, a whiteman, refused to sell to Africans because ‘they would feed the guerillas’.

It (the shop) was heavily guarded by Rhodesian forces.

We planned to attack and sent four guerillas for reconnaissance.

We planned our daylight attack together with FRELIMO cadres.

I was agitated as we marched towards our target.

It was my first attack on the enemy and I had waited for this moment for more than a year now.

Rhodesians panicked as we started firing at them.

It was a surprise attack and very effective on our side.

Several Rhodesian soldiers died on the spot while others were seriously wounded.

Cde David Zvinotapira returned to Mozambique with FRELIMO cadres and I was left in command, deputised by Cde Julius Musemburi with Cde Joseph Chacha in charge of security.

I will forever remember that first victorious attack on the Rhodesians.

It was the beginning of a series of attacks on Rhodesians for the next six years.