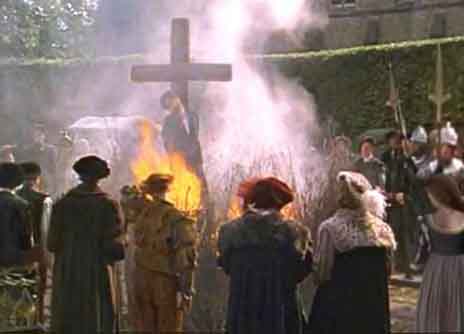 THE above headline would have had me tied to a stake and burnt alive by the likes of Bishop Stokeyly of London, head of the white Church in the 16th Century.

He is the one who ordered William Tydale to be burnt to death on the stake for translating the Holy Bible from Latin to English so that the common people could also read it.

The white Church thinks that it is the only one allowed to ‘revise’ the Holy Bible.

The question is: By whose authority do they do so!

The black Church, on the other hand, does not even want to think of revising the Holy Bible, yet it is their history.

While the blacks are so afraid of pointing out a lot of flat contradictions in the Holy Bible, the whites do so without even blinking.

What Martin Luther said about the Book of Genesis, no black theologian, priest, apostle or prophet can even say it in private — let alone dream it — for fear of the white Churches.

In the book Adam and Eve by John H. Walton, a contribution by Martin Luther  on Genesis, states: “Until now there has not been anyone in the church either who has explained everything in the chapter with adequate skill.’’

This is so because the story behind the Holy Bible is the story of the then, and now, most despised, racially hated and abused people, the black Africans.

And none but the blacks themselves can adequately explain it.

The Romans, when they conquered Egypt in 84 BC, killed the black priests who were knowledgeable about the Holy Bible but were reluctant to reveal what they knew to non-believers.

These were the words of the black priests: “We are the vessels of speech. We are the repositories which harbour secrets many centuries old … without us, the names of the kings would vanish from oblivion. We are the memory of mankind; by the spoken word we bring to life the deeds and exploits of kings for younger generations. History holds no mystery for us; we teach to the vulgar just as we want to teach them, for it is we who keep the keys to the twelve doors of Mali… I teach the kings of their ancestors so that the lives of the ancestors might serve them as an exmple, for the world is old but the future springs from the past.” (Malian Griot)

These are profound words, but to a race which hates its ancestors to the core, because of lack of knowledge, we do not appreciate the power we should wield in world affairs.

This is what the Bible says about knowledge, quoted from the New World Translation and K.J.V.

Proverbs 1: Verse 7: “The fear or reverence of Jehovah is the beginning of knowledge. Only fools despise wisdom and discipline.”

Proverbs 2: Verse 11-12: “Thinking ability will keep watch over you, and discernment will safeguard you. To save you from the bad course.”

And Isaiah 5: Verse 13 goes on to say: “So my people (blacks) go into exile, for lack of knowledge; Their glorious men will go hungry and all their people will be parched with thirst.”

Hosea 4: Verse 6: “My people (blacks) will be silenced (destroyed) because there is no knowledge, Because you have rejected knowledge, I will also reject you from serving as my priest; and because you have forgotten the law (instruction) of your God , I myself will forget your sons.”

This is the truth Africans fail to glean from the Bible, that they are its author and the main characters in the book.

Now, let’s go to our main topic: What is this unwanted and rejected truth about Jesus Christ aka Yeshua ben Yosef?

λ That he is a black African in heaven and Christianity was started in Africa.

Most Black people don’t want to hear about a black Jesus Christ as they think that saying so is blasphemy.

But they are quick to say and admit, that the devil is black.

And if you ask them why they say so, the answer is, the Bible says so.

Yet there is nowhere in the Bible where it says the devil is black.

This was, and still is, a white Church lie meant to separate the black race from their glorious roots.

When one suffers from this disease, one does not understand John 8: Verse 32, in which the Son of Mary says: “And you will know the truth, and the truth will set you free.’’

Cheik Anta Diop said: “Christianity was born and developed, on the soil of Africa… This religion, which enjoyed a relative peaceful existence during it’s formative years in North Africa and the Middle East, held as one of it’s best icons a black woman nursing her child. Christianity arose when Imperial Rome ruled most of North Africa and the Middle East, at a time when most were questioning old gods and searching for new ones.”

The idea of a virgin mother and child, as I mentioned in my previous articles, appeared in many ancient civilisations, among them Babylonia and Egypt.

Isis was the name of the North African goddess who gave birth to the child Horus. As the black virgin, Isis was worshipped in hundreds of temples in Africa, Spain, Italy and France.

The spread of Christianity throughout Europe and the evolution of European nationalism resulted in the gradual replacement of the Black Madonna by the later White Madonna and child.

In 1914, W.E.B. Du bois, then editor of the Crisis Magazine, noted in an editorial, ‘The Color of the Lord’: “Several persons have written us objecting to the intimation in our advertising columns that Jesus was not a whiteman. We confess to a lack of interest in the subject, but are forced in self-defence to publish this note from the Cambridge Encyclopedia Company concernig their coin collection:

‘Among other rare pieces, our collection contains a solid solidus of Justian II (circ. A.D. 705) which was purchased from Lincoln and Co., the well known numismatists of Oxford Street, London, after having been verified as genuine by the coin department of the British Museum. The obverse is stamped with a full-face bust of Justian, with the…cross; legend: Justianianu, Serve. Christi (Justinian, Servant of Christ). Reverse, full face  bust of Jesus Christ with wooly hair. Behind him, the cross. Legend: D.M. LES CGS, RES REGNANTIUM (Dominus Noster, Jesu Christo, King of Kings)’.

Whatever, the fact, this coin places beyond dispute the belief that Jesus Christ was Negro. The coin is otherwise of great historical interest, for it was the cause of a war between Justinian and Abdul Malik, 5th Caliph of the Omniads, the former demanding tribute to be paid in these coins and the latter refusing.’’

From this evidence, it is easy to arrive at the conclusion that the mother, Mary, was black.

Her son, Jesus Christ, is described as having hair like lamb’s wool and being swarthy (dark in complexion).

Now, let’s find where in the Bible and Book of Enoch we can find hair like wool: Daniel 7: Verse 9: ‘’I kept watching until thrones were set in place and the Ancient of days sat down. His clothing was white like snow and the hair of his head was like clean wool. His throne was flames of fire; it’s wheels were a burning fire.”

Revelation 1: Verse 12-15: “I turned to see who was speaking with me, and when I turned, I saw seven golden lamp stands and in the midst of the lamp stands someone like a son of man, clothed in a garment that reached down to the feet and wearing a golden sash around his chest. Moreover his head and his hair were white  as white wool, as snow, and his eyes were like a fiery flame and his feet were like fine copper when glowing in a furnace, and his voice was like sound of many waters.”

History is us, black people, and it must be taught from home until kingdom come. The deliberately lost books of the Bible are now surfacing, why not use them against those who abuse us racially — the heavens are controlled by black power and that is the truth.

There must be a hash tag: #Save the souls of the white race from impending spiritual destruction because of Biblical ignorance.

Without the knowledge of the deliberately Lost Books, like Enoch Ethiopian Version, Jashar, The Book of the Dead and The Book of the Giants, to name but a few, our story will always be unknown to us, perpetuating more self-hate.

Despite being heavily edited, the sign posts are there in the current Bible for anyone who is interested in the truth about our race.

Yes, they did it the Bonaparte way: “History is a fable agreed on’’ but our story will not be buried by mere mortals.

In a nutshell, without the Lost Books, there would be no Bible: the Old Testament is from the Book Of Jashar.

Even most of the New Testament texts are from the Lost Books.

Enoch 14: Verse 22 says: “The flaming fire was round about him, and a great fire stood before, and none around could draw nigh Him: ten thousand times ten thousand stood before him, yet He needed no counsellor.”

Revelations 5: Verse 11 says: “And I saw, and heard a voice of many angels around the throne and living creatures and elders, and the number of them was tens of thousands times tens of thousand.”

Enoch 14: Verse 18 says: “And I looked and saw therein a lofty throne: it’s appearance was crystal, and the wheels thereof as the shining, sun, and there was the vision of the cherubim.”

Revelation 4: Verse 6: “Before the throne was something resembling a glassy sea, like crystal.”

All the negativities about our race can be a thing of the past, if the white Churches can repent the lie of a white blond Jesus and preach nothing but the truth.

We have never been a racist people because our ancestors knew that we are the foundation of humanity.

In antiquity history, our race was called Nahasi, the Asians Namou and the white race Tambou, literally meaning savages.

The answer is there for all to see; destabilisation of nation states and unending wars that shed innocent blood all over the world.

Shedding of innocent blood is an abomination to Jah and the one thing Jah abhors the most. 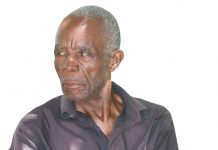 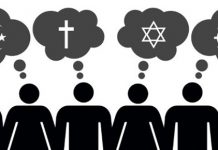