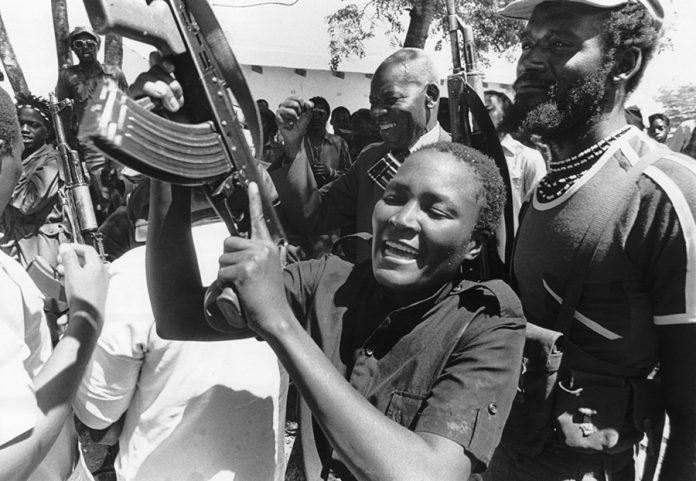 The story of Cde Jennet Mhlanga

I worked hard on the fields in my home village, Chikono, which is under the jurisdiction of Chief Mapungwana in Chipinge to assist my husband in raising school fees for my daughter.

My husband was working as a bus driver in Mutare, the then Umtali, and his wages could not meet the demands of the school.

In 1976, I sent my firstborn daughter Noreen Zharari to Mt Selinda High School which was the best boarding school in the then Chipinga District.

When my daughter enrolled for Form One, I had no doubt she was going to excel in her academic studies since she had passed her Grade Seven examinations with flying colours.

She was a genius.

Much to my dismay, my daughter did not return for school holidays in December.

During those days, schoolboys and girls were secretly leaving for Mozambique to join the armed struggle hence if your child went missing, the only thing you could do was to pray that he/she would get divine protection.

Although it was the duty of boys and girls to fight for our freedom, as a mother, I was worried for my daughter because of her age.

She was 16 years old and many recruits were succumbing to malaria in Mozambique those days.

I became very worried every time I heard of Rhodesian attacks on ZANLA bases and refugee camps in Mozambique.

There was nothing I could do to help the situation.

Prayer was my only weapon and I never lost hope on my daughter returning home one day.

It was a horrible Christmas.

A sellout had informed the Rhodesians that my husband, who was working in Umtali, was supplying clothes to freedom fighters and also that my daughter, Noreen, had joined ‘terrorists’ (freedom fighters) in Mozambique.

During the liberation struggle, ZANLA freedom fighters used to wear tennis shoes and jeans which were bought by black well-wishers working mainly in towns.

The Rhodesians emerged from the back of my house.

There were two African Rhodesian soldiers and their white superior.

I was rinsing plates when they arrived and they told me to sit down as they proceeded to kick the door of my house.

They ransacked my house looking for jeans and Super Pro tennis shoes.

Fortunately, all clothes had been collected the previous week by war collaborators.

The soldiers got angry when they failed to get evidence in my house.

I was kicked by one of the soldiers while his colleague rushed to their jeep to collect a whip.

They now accused me of sending my daughter to Mozambique to join the freedom fighters.

I was thoroughly beaten while I was carrying my three year old daughter on my back.

They left me half-dead.

What distressed me the most was that I was being beaten by African soldiers while their white superior was watching.

They beat me because my daughter had joined the liberation fighters to fight for our freedom as Africans — what a shame!

That experience did not deter my determination in helping freedom fighters.

As the liberation war progressed, with vanamukoma (freedom fighters) gaining an upper hand, war collaborators were deployed to observation points.

They would send word if they saw the Rhodies approaching.

We would then run to hide in banana plantations.

Rhodies were cowards and would not follow into the bush or banana plantations fearing guerilla ambushes.

One fateful Sunday in August 1979, word came that the Rhodies were coming for me since my husband had just visited from Umtali.

A sellout had told the Rhodies that my husband had brought clothes and shoes for the freedom fighters.

As ususal, we ran away from home to our hiding place in the banana plantations.

I was shocked upon returning home at sunset to see my house burnt to ashes.

That was the day I left my home for Umtali.

I spent two days hiding in the banana plantations while waiting for the bus to Umtali where my husband was staying.

In Umtali, I only stayed for two months before a ceasefire was declared.

In November 1979, my husband, who was working for Derera Bus Service as a driver, was assigned to go to Machipanda (then Forbes) Border Post to transport freedom fighters who were coming home from Mozambique.

When my husband arrived back home in the evening, he was in the company of three ladies.

I failed to recognise my daughter.

My husband took it upon himself to introduce her to me.

I can’t explain the relief and joy when I realised that my daughter had come back alive.

I am so grateful to the Almighty because some parents have not found closure to date.

Many children left for the liberation war and never returned.