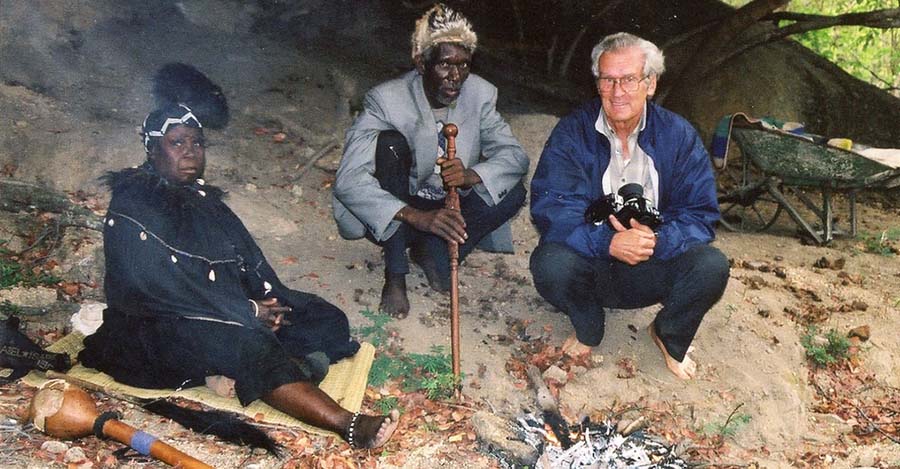 AFRICAN spirituality is one of the most misunderstood areas both in academia and among the public.

Christianity, which was a forerunner of colonialism, particularly in Zimbabwe, had demonised ancestral veneration and respect.

Today, many, particularly the youth, have no clue on the position of ancestors in one’s life.

With the popularisation of misunderstood Bible scriptures, for example the one which says “…for the dead knows not…,” our departed are now thought of or regarded as useless and irrelevant among us.

In this introductory part of the ‘Understanding African Spirituality’ series, I seek to explore an African understanding of our dear departed, our ancestors.

Firstly, we might need to understand what makes/enables one to become an ancestor.

Not everyone who passes away automatically becomes an ancestor ‘mudzimu’.

Traditionally, the living family members would meet and deliberate on whether or not to bring back the ‘particular dead’.

Through magadziro/umbuyiso ritual the dead are invited back among the living as guardian spirits ( kuunzwa mumusha).

After being invited back, through the magadziro ritual, they then become family ancestors (midzimu yemisha) whose main duty is that of looking after the living family, guiding them and leading them through positive or lucky paths.

The spirit would then choose a living family member as the svikiro/spirit medium while the one possessing a svikiro (medium) is the ancestor/mudzimu (the dead).

Having understood how an ancestor becomes one, we now need to look at how a spirit medium becomes one.

One would not just become a spirit medium without proper vetting, training and guidance from senior spirit mediums (whether of his/her clan or other clans).

The senior mediums would verify if the spirit of the one who intends to possess is of the same family or clan with the medium (the living one).

Usually, the first ancestor must be of one’s departed family members.

When they finally become operational (the family ancestors), they would then bring with them (from the spirit world) their friends and helpers from other families or tribes to defend or bless their family.

An ancestor who is not of the medium’s family or tribe is not accepted if  he/she comes uninvited. Actually, he/she is classified  as a shavi (alien spirit), just like any other spirit, be it the mermaid spirit (njuzu) which comes without prior invitation or approval from a family ancestor.

After vetting the ancestor, senior mediums would then separate between the spirits of this ancestor any other shavi/alien spirits.

Traditionally, people who are known to have done bad things like stealing or being witches because of a shavi/evil spirit were not usually brought back.

Senior mediums would, therefore, separate such evil spirits from those regarded as good ancestors/spirits. A feast to celebrate a successful coming of a good ancestor would follow the training and ritual cleansing of the new spirit medium.

Having done this, we now need to discuss the different classes of the ancestors.

There are family/clan ancestors (mudzimu wemusha), mhondoro spirits (from family to national spirits), tateguru spirits are those believed to heal different ailments, madzviti are the fighting spirits (mainly believed to e spirits of the Ndebeles among the Shona tribes), as well as njuzu/water spirits, among others. Family ancestors are the spirits of ones ancestors, those of one’s bloodline.

They usually come to guide, unify and bless their living children.

Today, however, the njuzu spirits are being improperly brought into the homestead (mumusha) and hence the reason they are being associated with evil spirits and the ‘kuromba goblins’.

On the other hand, madzviti, the fighting spirits among the Shonas are largely regarded as the spirits of Ndebele fighters believed to have betrayed their commanders during the precolonial raids on the Shonas.

Oral history has it that some of these fighters would follow their human instincts, tend not to kill and loot, but rather would choose to stay and marry among the Shona.

Now, when the Shona family is facing challenges, like being bewitched or bad luck, the family ancestors (mudzimu) bring with them a dzviti to fight the evil spirits on their behalf.

The Bible recounts a fight between Michael and the devil, then Lucifer, before Lucifer was cast down from heaven.

The Bible then goes on to say that he managed to grab a third of the heavenly angels who are now working under him as demons.

Many Zimbabwean Christians have, however, in one way or the other inferred or attributed their own ancestors as either demons or evil spirits.

Surprisingly, Zimbabwean Catholics, among other so-called mother churches, have names of European ancestors whom they hero-worship or rather actually worship as saints.

While most of the saints in Roman Catholicism are Europeans, people not related to the Hebrew Christ Jesus of Nazareth, I questioned why we still do not have Southern African saints.

My argument here is that African spirituality starts when one identifies with his/her ancestors.

As long as we carry our African surnames that were at one point the names and nicknames of our ancestors, we accept the reality that we come from them and relate with them.

One must question the madness among our brothers who refuse to use their family names but find pride in using such names as ‘Madzibaba Andrew or Prophet Joseph’.

As our fathers, they care and guide us from the spiritual realm.

We have families known for specific trades or certain practices; sons would have taken from their fathers and ancestors.

We can never attribute our ancestors as evil or demons. The apostolic sects do not make sense when they call their ancestors demons yet at the same time hero worship alien spirits (mashavi) who come from the Middle East.

My argument is that for one to have a proper understanding of the self and the spirituality, one must recognise those who lived before him.

Understanding our past as Zimbabweans and embracing it helps us become real to ourselves. We do have ancestors who lived exemplary lives who must be recognised and immortalised.

Our ancestors are not evil, they are still there and they lead and guide us in our earthly lives.

While we must not refute the existence and reality of our ancestors, we need to forge a way in which our ancestors become relevant both to us and to the new reality, which is life after the death of Jesus Christ.

In our next episode, we shall look at how we relate the Old Testament of the Bible to our African reality.