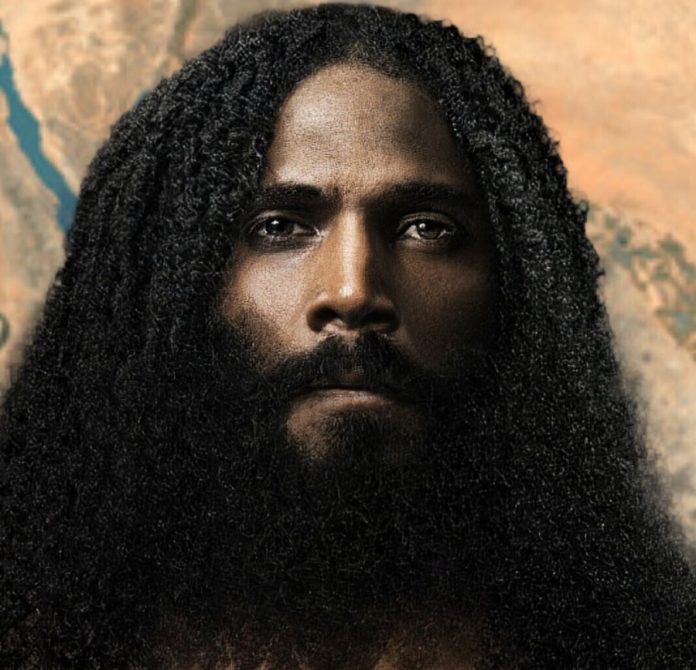 THE Tambous (white savages) pummelled our ancestors into physical and spiritual submission by simply preaching a white Yeshua whom they called Jesus.

Despite current available evidence that he was/is Nahasi (black) this is unacceptable to most blacks currently intimidated by a picture of a white Jesus.

Yeshua could never have been a white because Tambou means savage, the name our ancestors called the ancestors of the current white race.

Despite corrupting the Way of Yahweh by repackaging it and calling it the Holy Bible, it still says Yeshua is a black but most blacks who have been standard bred still don’t believe it.

If you are one of these, read Revelations: Chapter 1: Verses 12-16 and make your own informed or uninformed decision.

By not believing and accepting the truth about Yeshua, or even saying does it matter what skin colour he had, we are forever keeping ourselves in bondage.

On the contrary, most blacks believe that Satan was black because he is painted black by the whites, yet Satan was never seen in flesh, but only by Yeshua and Prophet Enoch.

It does not need a rocket scientist to know why we are in this despicable, unenviable and unviable state, scum of humanity, a continent of unparalleled wealth, with unparalleled poverty and confusion to boot.

Currently, the Arabs and Israelites have signed a Code they call Abrahamic but these are mingled races; the word mingled is in Jeremiah 5: v 37 and Ezekiel 30: v 5.

The disgusting unacceptable and unpalatable answer is black.

Yet in the Arab world and in Israel, a black person is on the last rung of society.

Like Yeshua, Abraham was black and not mingled while his name opens a can of worms.

Split in three abbreviations, this is what it means: Ab means Father: ra means heavenly god (spirit) and Ham means the son of Noah.

Thus, meaning Ham is the fatherly heavenly god (spirit). Where then is the curse, we are always talking about Canaan the son of Ham: always quoted in Genesis 9: Verses 24-27 by our ex-slavers and colonisers?

By not embracing Abraham and Yeshua as black like us, we are actually refusing Yahweh’s blessing.

We are not children of Abraham by faith as all black, brown and white churches like to preach. We are his true descendants; he was Nahasi in flesh and is Nahasi in spirit.

When the Arabs and Israelites signed the Abrahamic Code, I expected an outcry of ‘’Usurpers usurpers!’’ from the Nahasis (black Africans) worldwide but it was business as usual, happily carrying the cursed tag.

These are the names of the countries that signed the Abrahamic Code: Saudi Arabia, Israel, United Arab Emirates, Bahrain, Jordan, Morocco and Sudan.

The Arabs and Israelites have usurped Abraham and the whites usurped Yeshua a long time ago. What then should we do as a race?

Common sense says we must reconnect to the roots, that is to the Holy Spirit, as our ancestors did before being corrupted by the whites through the corrupted Way of Yahweh they then called the Holy Bible.

Common sense also says Yeshua was known to our ancestors while in Spirit.

Many will ask how?

What Yeshua preached when He was in physical form our ancestors knew and practised, that is why they ruled this earth for a record 10 000 years, because they were spiritually connected.

The Nahasi kingdoms that were destroyed by the Tambous as described in my article in The Patriot of August 5-11 practised the Way of Yahweh which is more perfect than the Tambous’ Christianity and the Arabs’ Islam.

The Way of Yahweh was first practised by Prophet Enoch, the seventh from Adam, that is why he translated.

Religion is about what mortal and sinful beings think about Yahweh and thereafter react and translate into action with disastrous consequences.

Our present predicament is just temporary, so are their physical gains.

In our present predicament, we must strive to reconnect to the Holy Spirit, for Yeshua and Yahweh are Spirit.

Although our ancestors were not perfect, they tried to make the lot of everyone bearable by removing hunger, disease, poverty and homelessness, through their philosophy of ‘I am because of you, translating to together we are’.

This is because they knew the Gospel of Mary Magdalene: Chapter 4: Verses 21-24: ‘’And they asked Jesus, will matter then be destroyed or not?’’

The Saviour said: ‘’All nature, all things, formed and all creatives exist in and with one another and they will be dissolved again into their own elements (origins). This is because it is the nature of matter to return to it’s original elements. If you have an ear to hear, listen to this.’’

Our problem as Nahasi today is, we copy and paste what the Tambous do to our own detriment.

Our only hope as a race is to return to the roots, which stand for love, respect towards one another and the environment, for we are descended from the spiritual world; we are not creators but we are creatures of the Creator, whom we must obey by loving one another.

Simple, but almost impossible to implement and follow because of capitalism and the spirit of ‘I, me and myself’, the destroyer of the environment.

This is galvanised in the Gospel of Mary Magdalene: Chapter 4: Verses 25 and 26: ‘’Peter said to him, ‘Since you have explained all things to us, tell us this also: what sin did the world commit (what is the sin of the world)?’’’

The Saviour said: ‘’There is no (sin of the world). Each person makes his own sin when he does things like adultery (in the same nature as adultery). This is called sin.’’

Simply put, human beings are their own source of problems if they are not connected to Yahweh.