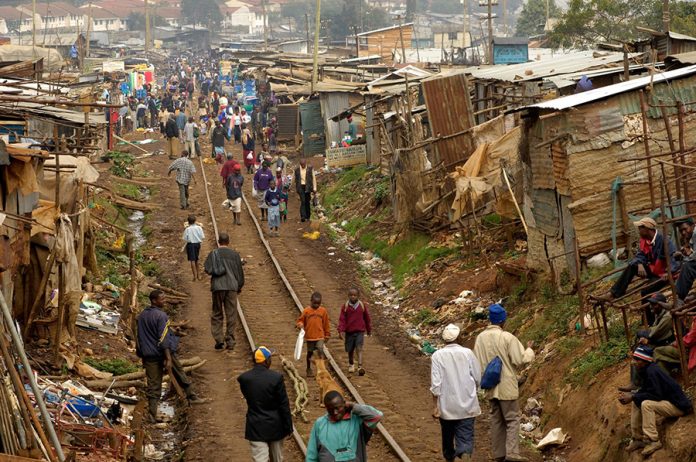 THIS week I present to you a plea I received from an American brother.

Below are his words of anguish, despair, hope and belief in a brighter future on the continent he rightly calls home.

I come from a country where you can be shot just like that; as you are taking a walk with your family, as you are shopping in the mall or just jogging down the street.

It is a country where you are not safe anywhere, if you are black. This country is America.

This is the country where you are just shot as you sit in your car in the parking lot. It is enough excuse that you are black, you can just be shot anywhere anytime, and you are not just shot by errant white racists but by the police as well.

You are not safe anywhere at any time.

We no longer want to live in such a country, under such conditions.

We also want to take our children for walks in the evening without being afraid. We also want to shop in the mall without looking over our shoulders.

We did not choose to be in America.

Our parents were brutally torn from Africa to be used as slaves in the Americas. We know where we belong, and it is not in America.

We are tired of being taken as the last rung of the hierarchy of the races in America. Africans do not belong here, they only are remnants of the slave labour they once exploited, nothing more.

But there is a continent where we belong, where we have rights because it is our ancestral land.

No constitution on earth can change that; we are Africans.

We belong to Africa, inalienably, and when we are so anguished, there is a light deep within us, which gives us hope that we still have a home.

Africa, where they cannot disown us, deny us, they are our brothers and sisters, our mothers and fathers and they cannot turn us away — it is not the nature of Africans to deny their own.

We need to be so consoled, the hurt is so deep, we believe we have a right to be consoled.

When I first landed in Zimbabwe, years ago, my expectations were met, as I had dreamt.

Deep down I had always known so and when I landed on this gracious land, I was home. I wrote to my mother back in the US that If she wanted to see paradise, I had found it.

This is a country so deeply peaceful, it is unbelievable. This is where we have got to be, to raise our children, grandchildren under normal conditions.

Would you believe that this is possible when one is in the United States? Yes, you would hope and trust, but when you actually come here, that hope, that trust is requited. So it is possible to be home, to be at home.

We still feel deeply African and yearn to come home.

Our plea to fellow Africans, to the founding fathers and mothers of this great land, to our African ancestors even, is, take us home. We plead  for the ‘Right of Return’.

We want our brothers and sisters to tell us we are correct to want to come home, to seek relief and acceptance, to be with our own, to be home.

We wish to hold hands with our African brothers and sisters and help raise the continent.

Among us are many who are doctors, engineers, lawyers, business persons, many who are accomplished in so many areas. We can work together and improve the continent.

We also have some savings on the side, up to millions which we can invest on the continent; we can build joint ventures with our brothers and sisters.

So many people who are not of African origin are settled in Africa.

They have managed to become permanent residents, to obtain citizenship; they have businesses in Africa; they are thriving on the riches of Africa while we, Africans, are out in the cold.

Mostly they are in business without returning anything to the continent.

They want to exploit the resources, leaving hardly anything on the continent. Which is why the continent, though still the richest in the world, its citizens are the poorest.

We want to invest in our motherland, to form partnerships from which the continent benefits meaningfully while we flourish and live meaningful lives too.

We would ask for a hectare or two to settle with our families, where we can build our homes, and from which we can work together with fellow Africans and do so much for the land of our ancestors. I have already started some partnerships with fellow Africans here, and it is working out.

My sister has also entered a partnership to export exquisite leatherwork to the US, where I have never seen African leatherwork being acknowledged as it is. Mostly it’s imported from Africa but sold under some Italian, Portuguese or such like label.

The advantage we have as your African brothers and sisters is we have quite a considerable amount of forex which we can use to purchase equipment for whatever ventures we might be involved in.

Mostly the carrot and stick is used to force Africans to enter into agreements inimical to themselves.

Our foreign currency with no strings attached can make a big difference, and can assist the continent instead of milking it.

This is our appeal: We want to come home. Where we are now, they do not accept us as humans but remnants of slave labour which they already have cast off and out.

We want to live normal lives, safe lives, meaningful lives, not to live as hunted animals. We want to make a contribution, to help build the continent, hand-in-hand with our African brothers and sisters.

We want to make a difference, to make it harder for the traditional raiders to continue to milk the continent.

Hear us, the founding fathers and mothers of Africa.