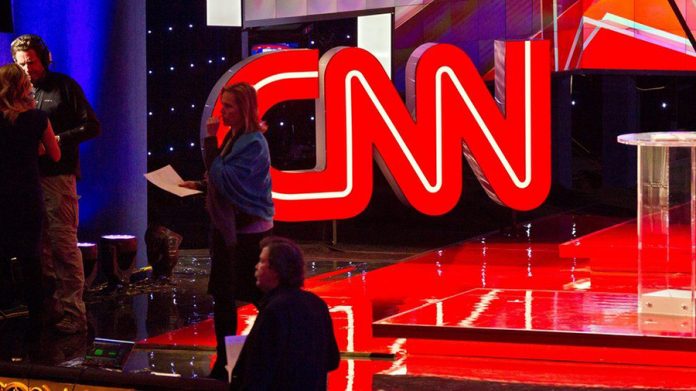 ON May 3, Africa will join the rest of the world in celebrating World Press Freedom Day.

Instead of it being a day for the usual rhetoric on States violating press freedom on the continent, need for governments to let journalists do their work among several predictable claims, time has now come to interrogate the information imbalances purveyed by global media organisations continuing to ravage the world for the umpteenth time.

The distribution of information, since the existence of mankind, has been dominated by the global North at the expense of the global South.

A lot of African countries and Asian states have been at the receiving end of misinformation and disinformation, deliberately articulated to suit the Western agenda.

It is for this reason that everything pertaining information considered newsworthy remains a perspective of the white people despite frantic efforts to redress the anomaly as way back as the 1970s by the New World Information Communication Order (NWICO) debate.

NWICO developed as a debate within the United Nations Education Scientific and Cultural Organisation (UNESCO) between developing and developed countries over media control in the late 1970s into the early 1980s. Its emergence was partly influenced by the technological revolution in which the media played an important role.

NWICO debate gave birth to the MacBride Commission which released a report which identified, among other issues, communication as a fundamental right and the dire need for a reduction on global information and news imbalances tilted against the global South and in favour of the global North.

In the early 1980s, there was a shift as there emerged a global commercial media market which the US dominated.

It also led to the founding of international news agencies which broadcast to the developing countries.

Interestingly, to this day, only four major news agencies are responsible for about 80 percent of the global news flow and these are Reuters, Agence France-Presse, United Press International and the Associated Press as well as international cable news networks, CNN and BBC.

In this structure, the US and its sister European countries control the global media in a scenario where Africa is heavily underrepresented.

The dominating international media houses are always quick to report on any outbreak of a crisis in Africa overzealously with their reporters on the ground and giving regular live feeds.

They, however, do not show the same enthusiasm and urgency when similar incidences, at times even with a wider margin and great gravity, occur in their own backyards.

When riots erupted in January this year, resulting in the horrific storming of the US Capitol following pro-Trump supporters’ invasion, we did not see the same enthusiasm on live coverage and expert analysis.

The reason is simple – media follows capital and bad publicity chases away investment. It can only happen in Africa because of the ongoing colonial designs aimed at sustaining a specific narrative of the African continent.

Notions of human rights abuses in Africa occupy a critical space of Western media’s slant when reporting on Africa.

Recent reports on the aftermath of Ugandan elections leave a lot to be desired.

Skirmishes that occurred on the eve of the election in Uganda at which an excitable presidential candidate whose rigging claims on twitter have failed to be substantiated and the space and hype he received in Western media coverage are an indicator of the fact that Bobi Wine was the West’s Trojan horse and a failed project.

The critical lesson is that you can deceive the people by likes and retweets but there is a limit to that in real life.

On May 25 2020, ironically on a day the continent is supposed to be celebrating Africa Day, an African-American man by the name of George Floyd was killed after a white police officer knelt on his neck, face down, for over nine minutes until he died.

Protests erupted around the US soon after and what followed was the rekindling of the #BlackLivesMatter Movement. The gruesome murder of Floyd is yet another episode of how slaying of a black person does not qualify as newsworth.

The Western media slant was quick to then criticise protesters for turning violent rather than investigate the issues of police brutality and deliberate slaying of black people in broad day light in the US.

In June 2020, the BBC ran a report in which it expressed shock and dismay on why the coronavirus pandemic had not affected Africa as much as Europe and America.

This was in part due to the fact that since the start of the pandemic, Africa did not record the same number of infections and deaths as was the case in the US, the UK, Italy and Brazil, among others.

This was a case of disgusting racism to say the least.

The report was met with a backlash from different people across the divide, with the BBC swallowing its pride and pulling down the story but,  the damage had already been done.

It seems the West uses selective discourses of human rights. In Africa they are quick to act whereas, when the same happens in their backyards, they use preferential treatment.

Since 2001, Zimbabwe is reeling under illegal economic sanctions for alleged gross human rights abuses. The framing of sanctions as a human rights issue is a red herring; we all know it was because of Zimbabwe’s decisive measure to redress colonial imbalances by rightfully distributing land to indigenous people.

America is clear at describing the land reform as a threat to its strategic interests.

There is no place for sanctions in the context of human rights when we revisit the horrific and barbaric murder of Jamal Khashoggi in 2018, with the murder linked to the Saudi Prince. Khashoggi who had lived in exile in the US disappeared at the Saudi Consulate in Istanbul, Turkey, and was allegedly assassinated by Saudi State agents. Saudi Arabia happens to be a strategic trade partner of the US which could explain the silence and reluctance of former President Donald Trump and now Joe Biden in taking any decisive action against the Saudi Government.

You do see the same enthusiasm in coverage of these issues in the Western media as it would otherwise be the case with Africa.

The truth of the matter is that 50 years after the NWICO debate came into existence, very little has been done to address the Western media’s portrayal of Africa.

The reporting is still dominated by the Western narrative and the views of the African people have been largely overlooked. In addition to that, it is disgusting to see that racism is a reality in the reporting bias against the Africans.  As long as the West tell our story, Africa will remain the definition of what the West deems fit in framing Africa.