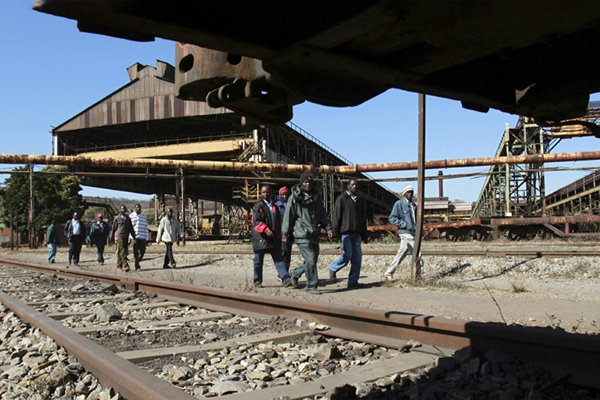 This story is continued from last week…

THE Paris Club would, however, agree to give the country some loans and to be surety for loans borrowed from private banks to build the Hwange Power Station, upgrade ZISCO and develop other infrastructure.

In return, the Government had to stop subsidising ZISCO and other parastatals, to ensure the country would have surplus to repay its debts and maintain a good credit rating.

With this, the IMF and World Bank also pushed the Zimbabwean Government to devalue its currency, immediately raising ZISCO and the country’s legacy debt repayments.

All these decisions were taken at a time when most decisions were still being made by white Rhodesian bureaucrats and advisors who were still occupying the decision making positions in Government Ministries, parastatals and ZISCO management.

The devaluation of the currency would have devastating consequences as it drastically increased the debt repayment costs for both new technology for the ongoing upgrades and inherited RISCO debt.

This total war consisted of military incursions by the SADF, alongside economic sabotage and sanctions imposed by State Security Council corporate members, which included ZISCO shareholders, such as Anglo America, ISCOR, Messina Steel and other European partners like Austria’s Voest-Alpine (the biggest supplier of steel smelting machines to South Africa, Angola and Zimbabwe).

The first objective of these white-owned companies was to destroy Zimbabwe’s industry by sabotage, blocking its access to port through Mozambique, hampering exports and crippling transport systems to foster dependency on apartheid South African ports.

On August 25 1980, three months after independence, apartheid South Africa imposed sanctions and Spornet demanded the return of 25 locomotives lent to Rhodesia to service rail routes that included exports from ZISCO.

Simultaneously, the RENAMO rebel movement was funded by the CIA and the apartheid government to destabilise Zimbabwe’s Beira Corridor, oil pipeline, eastern border and Chicaulacaula route to Maputo.

Meanwhile, the South African shareholders and partners of ZISCO conspired to sabotage the smelter, so as to deprive black Africa of the largest steel plant in the southern hemisphere because they (the South Africans and their Western backers) feared that it would be used to industrialise SADC, build infrastructure, break dependency on South African industry and advance SADC’s military capacity at this time when SADC was planning to wage war against apartheid SA.

To advance this agenda, Anglo-America, Messina Steel and ISCOR alongside Voest-Alpine targeted Lancashire Steel: a British subsidiary and shareholder in ZISCO, one of the biggest customers of its steel and a major exporter of manufactured products for Zimbabwe.

The other reason for targeting Lancashire Steel by the South Africans was because it was a biggest buyer of ZISCO billets, which it used to make high quality wire and rods that were eating into Anglo’s Haggie Rand South Africa’s lucrative, captive, high margin, market share in SA and Africa.

The South Africans began their assault by asking the apartheid government to increase import duties and to lower quotas on Lancashire’s high quality rods and wire.

When that didn’t work, they attempted to buy all of Lancashire’s exports to kill competition but Lancashire refused to become captive to their competitor.

Thereafter, influential stakeholders, like Anglo and ZISCO CEO, Kurt Kuhn, began to use their influence on Government and ZISCO to convince decision makers and politicians that Lancashire Steel was transferring pricing and sabotaging the development of Zimbabwe.

No evidence has ever proved that this was true, as Lancashire products were way cheaper than Haggie Rand.

In retaliation, the Zimbabwean Government began to cut Lancashire Steel’s subsidies to less than 50 percent of those given to Anglo-owned Haggie Rand.

When Haggie raised prices by 25 percent in 1982 due to currency fluctuations, Lancashire was denied price increases for months, to a point where they had to close their factory for two months.

Anglo and Kurt Kuhn continued to pile the pressure, asking the Zimbabwean Government to allow ISCOR and Anglo to buy Lancashire as they suggested that Zimbabwe had only room for one wire and steel rod manufacturer (which would be South African Haggie Rand, despite Lancashire having better quality products and deeper Zimbabwean roots).

This made Lancashire’s operating conditions very difficult and, as a result, in June of 1984, ZISCO Steel took over the company.

The moment that happened, ZISCO, through Kuhn’s influence, signed an exclusive deal for Anglo to buy Lancashire exports; however, Anglo would pay the price in the Rand, which was depreciating against the Zimbabwe dollar due to sanctions.

Secondly, Lancashire would have to pay to transport products to South Africa at a time transport prices kept on rising due to apartheid South Africa’s sabotage of Zimbabwean transport routes, and the final blow was in 1984, when the South African government slapped Zimbabwean steel with a 50 percent tariff increase.

By 1985, the destruction of ZISCO was well underway.

The Austrian CEO’s contract expired just after putting the knife in ZISCO’s back.

This time, Kuhn left for good to work for Voest-Alpine in South Africa and, using his own Swiss-based recruitment agency, he poached many experienced staff members to join him in South Africa.

By now, ZISCO’s Lancashire Steel was totally dependent on Anglo-America to buy and sell their wire and rod products at a song, precisely what the South African State Security Council had wanted.

Gradually, Anglo stopped buying Zimbabwean wire and rod, pushing their own lower quality wire and rod from Haggie Rand to slowly starve Lancashire. Overtime, the South Africans, with Voest by their side, kept improving their steel industry technologically, while ZISCO was stagnant (it could no longer upgrade the plant every five-10 years as RISCO had been doing on Government guarantees) as markets dwindled due to ESAP.

The Government of Zimbabwe and ZISCO executives had been duped by the South Africans, the Voest-Alpine man and multilateral lenders who led Zimbabwe into ESAP; all because of the African syndrome of trusting whites who are hellbent on destroying Africa to continue exploiting its resources for free.

This decimated Lancashire and ZISCO revenues almost immediately, as now they were competing against insiders, shareholders, apartheid enemies, multilateral lenders and former partners who were also white enemies intent on destroying black competition.

ISCOR, which had the marketing rights to market ZISCO products, in cahoots with Anglo, began to influence mines and governments in Africa to buy cheaper South African steel, wire and rods forged by new Voest technology and not Zimbabwean steel that was produced by old technology.

As revenues decreased at both Zimbabwean companies, the lack of Government subsidy and high debt repayments weighed heavily on ZISCO because of further currency devaluations during ESAP.

As a result, the companies could not renew their machinery and more market share was lost.

US, EU, the UK, Canada and Australian sanctions

By 2001, ZISCO was operating at less than 35 percent capacity and the legacy debt it inherited from Rhodesia, which in part was to supply 360 000 tonnes of pig steal and 600 000 tonnes of iron ore (one mil tonnes of product) to Japan every year for 50 years since 1963, to repay Kawasaki Steel Corporation for supplying ZISCO with their second blast furnace in 1961, was weighing the company down.

They also owed European companies which had lent RISCO money in 1972 and further loans from the 1980 upgrade by Voest.

In February 2001, the Government, its municipalities and its parastatals were put under US sanctions, which prohibited the Government of Zimbabwe from getting loans from multilateral lending institutions, making it almost impossible to fund future upgrades of ZISCO on debt.

These sanctions, accompanied by EU sanctions in 2002, also choked Zimbabwe Defence Industries which was a major consumer of iron and steel used in the manufacture of armor and other military equipment.

In 2003, 2005 and 2008, additional executive order sanctions were imposed by the US government to specifically target ZISCO Steel and Lancaster Steel; IDC which took over Willowvale, Deven, Almin Metals; NRZ; National Railways of Zimbabwe and institutions like the Infrastructure Development Bank of Zimbabwe which were all major users or drivers of iron and steel demand, among others.

With a dwindling internal demand for iron and steel, this would lead to the inevitable demise of ZISCO Steel and Lancashire Steel between 2010 and 2013.

This is the sad history of the demise of two of Zimbabwe’s most iconic companies that had direct and indirect linkages with diverse downstream industries from motor manufacturing, coach building, rail manufacturing, mining, construction, agriculture equipment, military engineering, manufacturing, civil engineering and over 50 000 jobs that were eventually lost.

The question now is: As we re-engage the West, have we learnt our lessons?

Can ZISCO be revived or will the new Chinese iron and steel smelter fill the vacuum to revive Lancashire Steel?