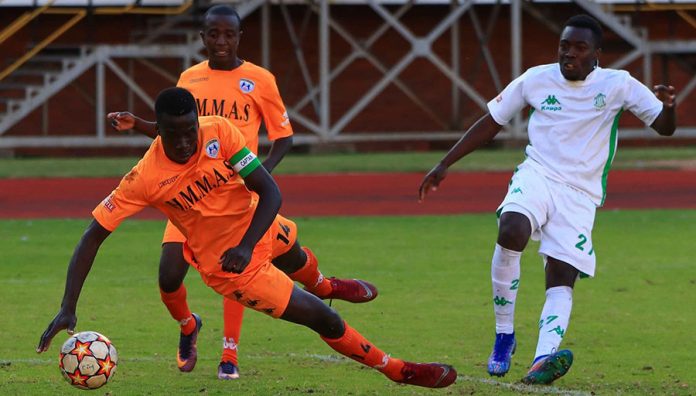 EDITOR – NO team scored more than a goal during Zimbabwe’s Premier Soccer League (PSL) this past week.

Yet the hiatus in any football match comes when goals are scored in their abundance.

The match between Dynamos and Ngezi Platinum on Sunday started at a blistering pace, but the energy waned before halftime.

Only newcomers to the PSL would expect a lot of goals but the seasoned fans are now used to low-key scoring games. They go to watch a Dynamos that is now full of defending rather than launching attacks.

Not only Dynamos, but every team is in its own nightmarish goal drought.

The current league top scorer William Manondo of CAPS United is on 15 goals after 28 matches.

Brian Muza of Chicken Inn tails with 11 goals with Lynoth Chikuhwa of Highlanders on 10 goals.

In Nothern Region Division, the song is different; there is a lot of goal scoring and record breaking.

Tinashe ‘Maswera’ Balakasi of Simba Bhora is on cloud nine.

He broke an eight-year jinx after pumping five goals in Simba Bhora’s 6-3 win over Chinhoyi Stars at Wadzanai Stadium that took his goal tally to 25 in 25 matches.

The gold mining town of Shamva is glittering after they secured a place in PSL and dedicated the promotion to the late energetic star, Barnabas Mushunje. Mushunje, who was a key player for Simba Bhora, died in a car accident on Shamva Road in June.

This is the first time a team from Shamva has qualified for the PSL.

Simba Bhora and Balakasi will have to prove their mettle in the PSL.

But for now, we need real strikers in the PSL.

As fans, we go to soccer matches for the goals and strikers are letting us down.