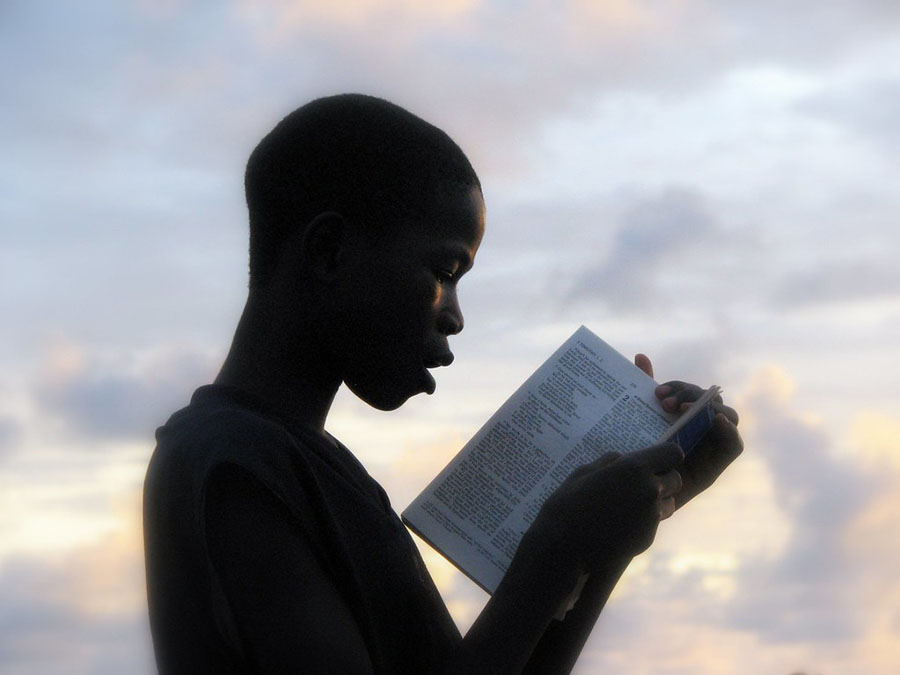 WHY do l ask for the black perspective in the Bible?

The Bible has the perspectives of the Persians, Greeks, Romans, the British, Russians, American, Europeans (all Tambous) and the Asians (Namous),  yet its foundation is black African (Nahasi) and, missing here, is the black African perspective.

If one asks about this black African perspective, one is labelled a disciple of Semjaza, the Devil, and funny enough, not by the so-called whites but by fellow black Africans  because of ignorance of Biblical history.

The word Bible is derived from Ta Biblia which is Greek, meaning books.

Our ancestors called themselves the Nahasi.

All these nations did not know anything about the Creator or the creation story.

When the Apostle Paul visited Athens in Greece, he found an altar, with this inscription, ‘To Unknown God’ (Acts 17: verse 23).

Acts 29, which is not in the Bible for reasons best known to the compilers, but very clear to the open-minded, has these verses about Paul preaching in Spain and Britain — this from the book, The Lost Books of the Bible, Great Rejected Texts by Joseph B. Lumpkin.

According to Verse 6, Paul preached with might in Spain, and great many people believed and were converted, for they knew he was an apostle sent from God.

And Verse 7 reads: “Finding a ship in Armorica sailing to Britain they departed from Spain. Paul and his company passed along the South coast and reached a port called Raphinus.”

According to Verse 8: “Now when word spread wide that the Apostle had landed on their coast, large numbers of the inhabitants met him, and they treated Paul courteously and he entered in at the east gate of their city, and was housed in the house  of the Hebrew and one of his own nation.”

And Verse 9 reads: “The next day, he came and stood upon Mount Lud; (Now the site of St. Paul’s Cathedral) and the people amassed at the gate, and assembled in the main street and he preached Christ unto them, and they believed the word and the testimony of Jesus.”

If Paul is a Hebrew, let’s see if Hebrews were black, white or mixed.

Let’s turn to Acts 21: Verse 37-39: “And as Paul was about to be brought into the castle, he saith unto the chief captain, may I say something unto thee? And he said, Dost thou know Greek? Art thou not then the ‘Egyptian’, who before these days stirred up sedition and led out into the wilderness the four thousand men of the Assassins? But Paul said, I am a ‘Jew’, of Tarsus in Cilicia, a citizen of no mean city: and I beesech thee, give me leave to speak unto the people.”

Jews come from Hebrews. Now let’s see if whites were allowed in the temple at Jerusalem.

Acts 21: Verse 28-29 reads: “This is the man that teach all men everywhere against the people, and the law, and this place; and moreover he has brought Greeks also into the temple, and hath defiled this holy place. For they had before seen with him in the city Tromphimus the Ephesian, whom they supposed that Paul had brought into the temple.”

Were black Africans allowed in the Jerusalem temple?

Let’s turn to Acts 8: Verse 26- 28: “But an angel of the Lord spake unto Phillip, saying, Arise, and go toward the south unto the way that goeth down from Jerusalem unto Gaza: the same is the desert.

And he arose and went: and behold a man of Ethiopia, a eunuch  of great authority under Candance, queen of the Ethiopians, who was over all her treasure , who had come to Jerusalem to worship; And he was returning and sitting in his chariot, and was reading the prophet Isaiah.”

Jerusalem then, was black African not what it is today.

Mixed marriages between blacks and Persians, Greeks and Romans, among others, produced the current peoples of Israel and the Middle East.

This is proved in Acts 6: Verse 1: “Now in these days, when the number of the disciples was multiplying, there arose a murmuring of the Greacian Jews, Greeks (mingled) who married the Hebrews (blacks) because their widows were neglected in the daily ministration.”

The true Hebrews are the blacks who are despised and are in Africa and scattered around the world.

From the book Cultural Unity Of Black Africa by Cheik Anta Diop, we learn about Queen Kahina, a black African of the Hebrew faith who fought the Arabs to stop the spread of Islam.

With this evidence of black presence and influence, why are we afraid of compiling a black African perspective of the scriptures?

We were never heathens, kaffirs or unbelievers; we were, and still are, the bedrock of the Creator’s world — not the Arabs or the whites.

What are we afraid of?

They stole our legacy, made it their own and made us the door mat of all races and what is our reaction for these past 64 years since Ghana got independent?

Your guess is as good as mine, silent, and preaching the slavery gospel, of Genesis 9: Verses 22-29 and Joshua 9:Verses 21, admitting that we are the scum of humanity.

This is so because, as a race, we are fond of believing his-story and rubbishing our-story, calling it conspiracy theory or theories if it concerns our relationship with the Tambous, our current benefactor. In 1883 it was a Tambou, King Leopold of Belgium, today it’s Nahasi preachers indoctrinating fellow Nahasi for the benefit of the Tambous and, in the process, lining their pockets.

Many ask how our ancestors, wise as they were, were eventually conquered by the Tambous (savages).

The answer is very simple; traitors amongst us and the ‘curse’ of being too hospitable to people.

The final blow in the destruction of our religion and way of life, was when the last patriot Priest in Nubia died in the 6th Century.

The Romans were very much afraid of him as he had great influence among the people and, instead of fighting him, paid tribute to him as they feared a rebellion.

Christianity, which ,in the old days, was called Friends of Yeshua (John 15: Verse 14), was born and developed, largely on the soil of Africa, and, from its inception, it was a religion of the oppressed and the poor.

It’s best icon was a black woman nursing her child. Yeshua (Jesus) does not identify with Christians but his friends, because his friends have never shed blood by creating wars and don’t extort and steal from the poor by preaching verses that enrich themselves.

His friends preach the gospel of love (Acts 2: Verses 44-47 and Acts 4: Verses 34-36) and not the gospel of extortion, tithes and thievery which at that time had devastating consequences. (Acts 5: Verses 1-11)

Now let’s go back to why there is no Acts 29 in the Holy Bible.

The answer is simple: Black Africans were part of the British Isles, in-fact the whole world since time immemorial.

If this chapter had not been removed, we could not have known that Britain knew the Gospel because of a blackman, Paul.

Having this knowledge, would we allow ourselves to be called all sorts of negative names?

As I am always saying, without our race, there would be no human race.

One can read these stories of influential black teachers in the Book of Jasher and Enoch.

It is not wrong to call for a black African, a Nahasi, perspective of the Holy Bible.

They have tried alienating us from the truth, but they have failed — and will always fail.

In Chapter 4: Verse 38 of the Gospel of Mary Magadalene, Yeshua said: “Do not lay down rules beyond what I told you, do not give a law like the law givers (Pharisees) or you will be held to account for the same laws.”

To know and understand themselves, the pale-skinned races had to come to Africa and dig our ancestors’ graves.

They then destroyed our-story and replaced it with their-story, which is nicknamed history.

And to the gullible amongst us, they represent the light but to some of us, they brought darkness that is so thick it can be touched.

Prophet Enoch prophesied about how the Tambous would destroy the world; climate change is now a reality, the world is very sick because of their activities.

Our own museums don’t show the glitter of our ancestors’ antiquity story, but that of a conquered, dehumanised race that is half-naked, capable of nothing but dancing, drinking beer and procreating, artefacts that are crude and made by people who were not scientific, but primitive.

We need the black African perspective of the Holy Bible like yesterday.