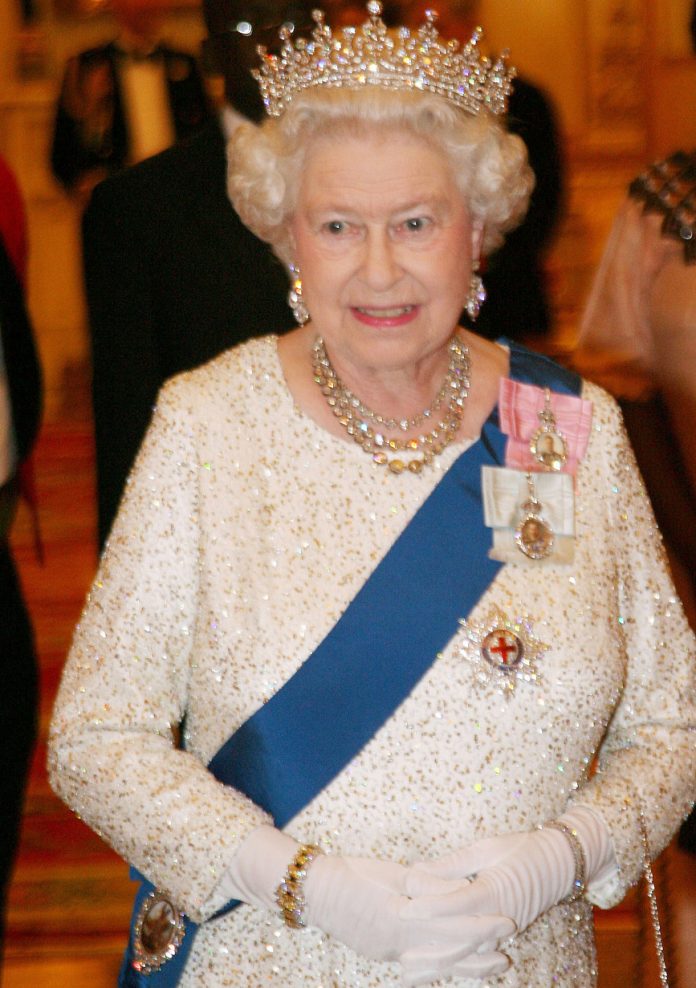 QUEEN ELIZABETH II’s death, on September 8 2022, after reigning for 70 years, has opened a can of worms, particularly the British Empire’s atrocities worldwide.

In this article I will deal mainly with the continent of Nahasi (Africa).

Africans suffered severely under the British Empire as compared to other races and are still suffering spiritually today because of the stigma attached to their skin by the modern British Christian religion.

The majority of our race are not aware of the Order of St Michael which was founded by the British in 1818, 52 years before the beginning of the revision of the American version of the King James Bible.

The revision of The King James Bible was completed on July 10 1884, the year the African continent was physically and spiritually dismembered to our current state.

The Order’s insignia depicts a white St Michael (angel) subduing Satan, with St Michael’s leg on Satan’s neck, and, incidentally, Satan is depicted as a blackman!

Add Genesis 9: Verses 25-28, about supposed Noah’s curse on Ham his son and, as they say, the rest is history, automatically believed by the majority of our race.

Being so, because of the lack of spiritual connection and knowledge, as our race is in self-spiritual exile (Isaiah 5: Verse 13) and the consquences are found in Verse 14.

This royal insignia having been created before her birth in 1926 and having been aware of it during her upbringing, and death in 2022, a total of 96 years, do you think the Queen would in any way be in a position to apologise for British crimes against our race?

Even her grandson, the future king, Prince William, was blunt about what he thinks of black people.

In my article in The Patriot of February 25 to March 3 2022 titled, ‘Prince William offside ….. sometimes silence is not golden’, this is what was reported about him in 2017, that he was worried about the growth of human population in Africa endangering the continent’s wildlife. On November 29 2021, he raised the same concern at the Task Conservation Awards held in London.

The foregoing shows how the Royal Family and the whole British and white race think about our race, in private and in public.

So our race must stop day-dreaming about an apology and reparation from the white race; the race that actually descended from Satan and his host of watchers, which are deliberately called angels in the corrupted Word of Yahweh, now renamed Holy Bible.

The Book of Enoch Ethiopian version is clear about the ancestry of the white race, and for that reason, it was removed from their corrupted Holy Bible.

In my article in The Patriot of September 9-15 2022, titled, ‘The Book of Enoch…. why it is not in their Holy Bible’, I explained the reason.

I will repeat why it was removed from the commentary on that book by Andy McCracken: “Then he goes on to describe the Angels as blond men, who ran away from Heaven in order to be promiscuous with women.

I don’t think this is the sort of world view that would have been well received or widely accepted anywhere in 200 BC.

This plus the all too accurate prophecies are probably the reason it was ‘lost’ by the religions that used to regard it holy.”

St Michael depicted on the Order of St Michael is the leader of four angels who were ordered by Yahweh to bind Satan and his associates for corrupting the first people, the black Africans.

The other angels are Uriel, Raphael and Gabriel.

The following are the accurate prophecies in the translation of the Book of Enoch by Andy McCracken and the following chapter and verses I liken to Queen Elizabeth II and her associates.

If you die in the wealth of your sins.

And those who are like you say regarding you.

Blessed are the sinners: they have seen their days.

And how they have died in prosperity and in wealth.

And have not seen tribulation or murder in their life; And they have died in honour.

And judgement have not been executed on them during their life.

Know you, that their souls will be made to descend into sheol.

And they shall be wretched in their great tribulation.

And into darkness and chains and a burning flame where there is grievous judgment shall your spirits enter.

And the great judgement shall be for all the generations of the world.

Woe to you, for you have no peace.”

In the Book of Enoch, Michael is not white but the run-away watchers mistakenly called angels are.

This is the prophecy about the Tambou (white race) in Enoch 104: Verses 9 and 10: “Be not godless inyour hearts, and lie not and alter not the words of uprightness, nor charge with lying words of the Holy Great One nor take account of your idols; for all your lying and all your godlessness issue not in righteousness but in great sin. And now I know this mystery, that sinners will alter and pervert the words of righteousness in many ways, and will speak wicked words, and lie and practice great deceits and write books concerning them.”

With the above there will never be an apology or reparations from the British nor the whole white race.

To make things worse for us, we are now communally sinning with them by worshipping the corrupted Way of Yahweh they now call the Holy Bible.

Incidentally, all the books that were removed from the Way of Yahweh and were labelled uninspired talk about ignorance and lack of self-knowledge and the consequences of those who are burdened by these two. The dire consequences are poverty, low self-esteem, directionless, beasts of burden to other races, the fear of unknown caused by lack of self-knowledge and the knowledge of Yahweh.

This results in what Isaiah 5: Verse 13 says: “So my people go into exile, for lack of knowledge; Their glorious men will go hungry, and all their people will be parched with thirst.”

Black people must learn from little but big spiritually-inspired Jamaica, as reported by Joseph Netto and Asmelash Leah on CNN in June 2020.

Jamaica’s Governor General suspended the wearing of the insignia of the Order of St Michael and of St George because of its offensive implications as it normalised the continued degradation of people of colour.

This brings me to the Commonwealth.

Does it uplift us physically and spiritually if the British monarch wear the the St Michael insignia around their necks?

Ignorance is deadly because it leads to the worshipping of systems of human beings instead of Yahweh.

The Tambous are wicked and this is what Yahweh says about wicked people in Isaiah 57: Verses 20 to 21: “But the wicked are like the restless sea that cannot calm down. And it’s waters keep tossing up seaweed and mire.

By associating with the wicked and embracing their systems, blacks are offside.

In fact, they are on the wrong side of history.