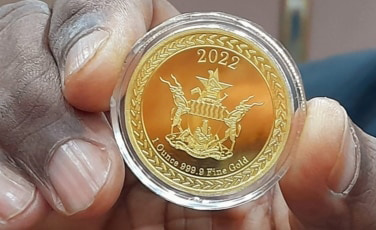 EDITOR — SOMEONE once asked why I am so proud to be Zimbabwean and I said: We once did the unthinkable that even shocked hardcore pan-Africanists. We dared  to take back land by ginya from colonialists!

Zimbabwe has 13 public holidays, most of them meaningless! The best thing to happen in Zimbabwe since the noble land redistribution was on July 25 2022!

It should be declared a public holiday.

Understand: The safest place and the most heavily guarded and secure place on earth is Fort Knox, US.

Why: Because the US bullion depository, often known as Fort Knox, a fortified vault is located next to the US Army post of Fort Knox, Kentucky.

It is operated by the US Treasury. The vault is used to store a large portion of the US gold reserves as well as other precious items belonging to or in custody of the Federal Government.

It currently holds about 147 million troy ounces (4,580 metric tonnes) of gold bullion, over half of the Treasury’s stored gold. The US Mint Police protects the depository.

Then Zimbabwe  comes along!

We are going to make sure anyone among our people can own what the US  protects  with their military kikikikiki!

Muammar Gaddafi was killed for this!

But they can’t touch us !

Well they can’t even dare!

Zimbabwe mushonga zveshuwa: People woke up on a Monday morning  and boom, there was this one Mosi-oa-Tunya equalling 30 000 rand!

Gold is gold, you can’t talk down its value!

The self-hating await for Hopewell to say something but he is not that stupid, he can’t argue with gold!

You can talk down paper money but this time magadzirirwa saizi yenyu zveshuwa. I know haushaye marombe who will argue with gold for the sake of it, but that will not change the value of gold.