IT is exactly a month before nations battle it out in the world’s biggest tournament to be held in Qatar, the FIFA World Cup.

There will be a mix of different cultures and traditions for players, fans and officials who will make it to the Middle East oil-rich nation.

Despite some people from around the world coming to party during the World Cup crusade, the Qatar Government and sports officials seek to preserve their own culture and have set rules that all visitors must abide by.

In Qatar, it is legal for anyone aged 21 and above to consume alcohol. The Government of Qatar, however, has prohibited selling alcohol within the stadium during matches.

This doesn’t mean fans won’t be allowed to drink alcohol. The State outlined that beer will only be served to fans before and after matches at fan zones situated at the stadiums.

However, drinking in public is prohibited and if found guilty, one will face a possible three-year jail-term or a heavy fine.

The Qatar government urged fans to dress ‘shyly’, with their shoulders strictly covered.

Smoking is prohibited in public spaces, including museums, sports clubs, shopping malls and restaurants, with a heavy fine in the region of around £740 in place for violators of such regulation.

Apart from prohibiting fans from smoking in public spaces, the Qatar government also banned the importation, selling and use of e-cigarettes in the country. Qatar crafted this law in 2014.

Violators of the law mentioned above will be sentenced to three months behind bars and fined QAR 10 000 (around £2 400) for the crime.

Fans have criticised the Qatar government for imposing a strict rule prohibiting unmarried lovers from quenching their ‘thirst’ – known as ‘making love’ in Hollywood romantic movies.

The State also prohibited couples from kissing in public, which is punishable by a heavy fine and imprisonment.

Shaking hands with Qatari women is also prohibited; this gesture is deemed culturally disrespectful in the country.

Will people from Portugal, the US, the UK, France, Zimbabwe, South Africa, Chad and other nations abide by such rules?

Qatar is a strong nation that values its norms and values. It makes money from its oil and has built splendid cities but it will not let its children dissipate on the whims of barbaric, controversial Westerners who seek to downgrade other cultures by promoting their own.

It’s not in their veins.

Even if the so-called ‘super powers’ always want to dominate everywhere, it will not happen in Qatar. In 2010, European nations held an anti-vuvuzela (trumpet) campaign against jovial South African fans during the 2010 South Africa World Cup.

They said vuvuzelas would distract players from ‘playing fine football’, but the South Africa Football Association and other organisations, including African football fans, would have none of it.

A World Cup in South Africa 2010 was not going to bring memories to South Africans if vuvuzelas would have been banned.

Blowing trumpets in Africa goes back to as early as the stone age, when trumpets were blown to call people for gatherings.

In South America, fans are well known for whistling a lot, but never has there been any campaign to stop that.

In Europe, racist chants against the black race has become the norm, but the culprits are left free. The fans feel Africans or players of African descent are giving Europeans stiff competition. They (Europeans) are playing second fiddle.

Despite some blacks pretending to be black outside while white in their mindset, Africans, like Sadio Mane, have stood firm in making humane efforts to better the lives of people in their native lands.

Mane became the first footballer to be awarded the Ballon d’Or Socrates Award which is given to a player who makes huge efforts to make the world a better place.

While others were wearing suits, Mane was not shy to don his African attire that glowed as he walked to the stage to get the gong.

Mane has built schools and is paying school fees for many students in Senegal, while other players spend their monies on building mansions and buying beasts of cars.

Mane was once criticised for using an iphone whose screen was cracked. Does he care about that? In Africa, one of the ubuntu/hunhu tenets talks to giving back to the community.

Mane has represented African culture to the extent of irking his detractors. He does not go about flashing money, marrying countless times and getting bankrupt. He does not get lost in the European capitalist system.

Liverpool was reluctant to increase his pay, just as what Chelsea is doing with Edouard Mendy. Mane was instrumental in Liverpool’s revamping, scooping a league cup, a Champions league cup and several other accolades. Save for the Socrates Award, Mane was awarded the Second Best-player-in-the-World after Benzema at the recently held 2022 Ballon d’Or Awards.

But back to Qatar.

It must be noted that no culture should dominate other cultures in this world. Respect should take centre stage, even in football. 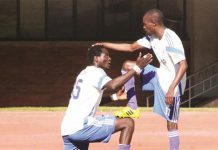