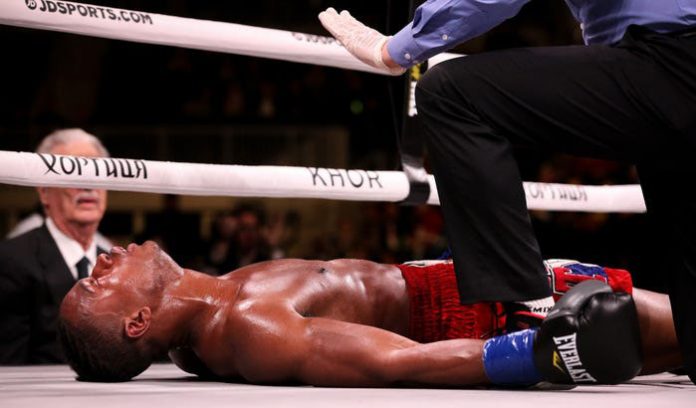 IT is devastating for one to die doing what he/she likes, as is the case with Taurai Zimunya who died recently after being knocked out in a boxing match.

And many questions are being raised concerning the game of boxing, evidenced by comments on social media with some calling for the game to be banned.

The Zimbabwe National Boxing and Wrestling Control Board (ZNBWCB) says all necessary medical procedures were taken despite the unfortunate death of Zimunya on Monday morning.

Zimunya was knocked out in a non-title fight in Borrowdale, Harare on Saturday. He was rushed to Parirenyatwa Hospital and tests reportedly indicated he suffered bleeding in the brain.

This is the first time in Zimbabwe that a boxer has died from injuries sustained in the ring.

The ZNBWCB has since passed its condolences to the Zimunya family and says it is yet to get the actual autopsy report.

“All the necessary medical procedures were followed and emergency medical assistance was provided at the venue before he was taken to Parirenyatwa Hospital where he received further medical care. Autopsy report on the actual cause of his death is yet to be obtained from the experts.

“The boxing fraternity has indeed been shaken by this unfortunate incident. As the ZNBWCB, we join the Zimunya family, friends and the entire boxing fraternity in mourning the untimely death of a budding boxer…,” read a ZNBWCB statement.

Zimunya was laid to rest on Wednesday.

While this is the first time a boxer has died in the ring in Zimbabwe, it has happened in other countries, especially England and the US.

According to statistics, each year, 13 boxers on average die in the ring.

It’s a sport which can be a matter of life and death.

Between 1890 and 2011, it’s estimated that 1 604 boxers died as a direct result of injuries sustained in the ring, according to a survey carried out by Manuel Velazquez.

That is an average of 13 deaths a year.

The 27-year-old American boxer Patrick Day, who died four days after suffering head injuries in a fight with compatriot, Charles Conwell, is one of boxers who died in recent times.

Day’s death came as a direct consequence of injuries sustained in the ring.

In September, 21-year-old Bulgarian Boris Stanchov died while fighting under his cousin’s license in Albania.

In July, two boxers succumbed to injuries sustained in the ring.

As well as those four fatalities, five other boxers were rushed to hospital as a result of injuries suffered in the ring and had to undergo surgery to remove blood clots in their brains.

The deaths and serious injuries that occur in boxing often lead to clamours for the sport to be banned.

“Boxing is certainly an easy and obvious target, and of course the criticism is understandable, if not completely fair,” a WBF spokesman told CNN Sport in response to those calls.

“Boxing does so much good for young people, keeps them off the streets, away from drugs, teaches them discipline, self-confidence, that the good by far outweighs the bad.”

According to Joseph Svinth’s 2011 study in the Journal of Combative Sport’s Manuel Velazquez Collection, deaths in boxing have steadily decreased.

There was a steep decline in the number of fatalities following the death of South Korean lightweight Duk-koo Kim, who died in 1983 four days after being knocked out by Ray ‘Boom Boom’ Mancini in Las Vegas.

Subsequent championship bouts were reduced from 15 to 12 rounds in an attempt to limit long-term head injuries potentially suffered as a result of exhaustion.

A 2009 American Medical Association report estimated that there is a fatality rate in boxing of 0,13 deaths per 1 000 participants per year.

“This fatality rate is lower than or similar to the rates of other high-risk sports, such as college football, motorcycle racing, scuba diving, mountaineering, hang gliding, sky diving, and horse racing,” said the AMA report.

Head injuries occur in other sports like NFL, soccer, rugby, cycling, but what makes boxing so different is that boxers are aiming to knock out their opponents.

However, mountaineering would appear to be more dangerous.

A number of positive role models in boxing at the moment also provide a reason for the sport to not be banned, despite its lethal intent, according to the WBF.

“In the UK, you should look at the examples of Anthony Joshua, Dillian Whyte, and countless others, also at amateur level or even people who never have an actual fight, who turned their lives around due to boxing,” the WBF spokesman said.

“If it was banned? I am sure it would just go underground, and probably without any safety measures.

Before Day passed away, Conwell released an emotive letter in which he said: “All I wanted to do was win. If I could take it all back, I would.”

In reply to the letter, Day’s coach, Joseph Higgins, replied: “I just wanted you to know that we do understand what you must be going through as well. As devastated as we are, we realize you are equally devastated. We know if it was the other way around, we would be just as distraught.

“Thank you for your kind words. Patrick was born across the street from me, so our relationship is special. He would have wanted you to continue.

I’m rooting for you to reach your dream, the same one he had. God Bless your team and we will keep you in our prayers as well. I too am distraught because I feel responsible but do realise there is no fault. Stay strong and please don’t think we blame you.”

For Zimunya’s story, there were revelations that the match was a rivalry bout  where Zimunya had won the first match and Tinashe Manjoni, his opponent, was eager to turn the tables.

But it was sport, a bout fought in good faith.

It might be hard to come to terms with what happened, but unfortunate incidents happen in sport. 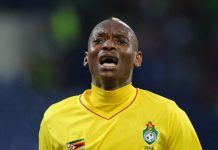 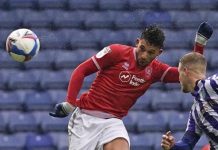 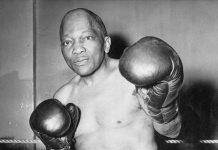