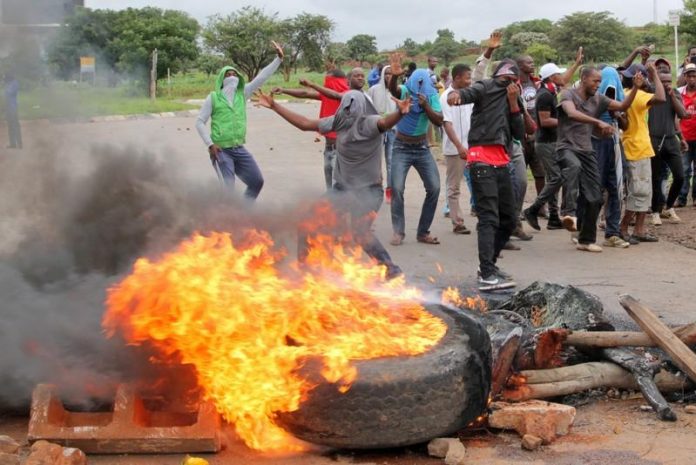 HISTORY is littered with turning points that never were and fulcrums that failed to move the earth.

And after 22 years of existence, the MDC, whose identity is no longer clear, has nothing to show the masses but confusion and mayhem.

For the MDC, there has been no turning point, no fulcrum.

In its short existence, considering there are political parties of note over 50 years, it has been called the MDC, MDC-Tsvangirai, MDC-Ncube, MDC-Mutambara, MDC-99 and now MDC-Alliance.

That is all it has achieved; name changing and thrilling power grabbing episodes but nothing to offer the masses.

The MDC has failed to create an enduring ideological framework and an ethos that defines its movement.

Theirs is a movement for self-aggrandisement; in simple words, a party only interested in personal power and wealth.

Every time the MDC actors are on the podium, they are never addressing issues but dissing each other and, at their anniversary, they tore into each other in typical and not surprising style.

And they are more active on social media, where everything goes with no care for truth and facts.

Today, twitter has become a vehicle for political messaging.

Social media has profoundly changed the face of politics.

For them, social media has become a new political battlefield, a new vehicle for their ‘anger merchandising.’

We may be in the 10th anniversary of the Arab Spring, but the same example failed to be a potent force in Zimbabwe in the 2013 elections.

The saying: ‘Every outburst legitimises the next’ failed, and will continue failing, in Zimbabwe.

However, it is the celebrated Colombian writer Gabriel Garcia Marquez, who warned us to “…expect nothing from the 21st Century. It is the 21st century that expects everything from you.”

An observation from the political developments in Zimbabwe justifies Marquez’s warning.

We are entering the third decade of the 21st Century and we are not even able to define its political offering in terms of the political alternatives.

Is it the ‘age of political opposition mediocrity’ or are we living in the ‘age of anger’?

Have we ushered in a ‘post-truth world’ or are we going through ‘modern primitivism’?

By all indications, the Zimbabwe opposition appears to be an age of rage. We are witnessing extraordinary waves of worrisome and growing trend of toxic rhetoric shaping politics. Peddlers of lies and conspiracy theorists are having a field day.

How does one explain this ‘opposition anger pandemic’?

There is a widespread call from the opposition for young people to register to vote.

Shakespeare in the Merchant of Venice wrote: “How far that little candle throws his beams!”

This is their election line — the youth!

Like what Henry Kissinger told the Italian journalist Oriana Fallaci in 1972: “…the history of things that didn’t happen” shall prove them wrong again.

The idea that opposition parties might be able to tap into the large number of underemployed youth and other discontented citizens across the Southern African region has long been a feature of political commentary and politician discourse.

It a story for another day though.

Judging by the antics and myopic ideological bankruptcy of the opposition in Zimbabwe today, it leaves one with a congruent conclusion that most, if not all, of these parties have failed to touch base with the African ideological rallying point; the pan-Africanist ideals.

Resonating within the state of their bankruptcy of ideology, one observer concludes that the opposition, especially the MDC Alliance, ‘is stuck in the middle; between making a lot of noisy news headlines and making reform and political ideological headways’.

One needs only browse through the social media platforms to realise  there is a nasty social media engagement by opposition entities on fleeting issues of politick and pander to the gallery of popular sentiments and political slogans of the day, which are bereft of constitutional or political reforms and/or ideological stun.

The mother of all African political ideologies should, and must, lie with the pan-African ideals.

But the opposition in Zimbabwe appear to be in an age of rage.

One then wonders why the opposition has chosen to ignore the formative tenets and political ideology that engendered independence in Africa.

If pan-Africanism is the thread that binds the Africaness of Africa, why is the opposition unable to tie their politics to it? Clearly what we have in the country is anger politics, hence a section of the academic community have often referred to the opposition in Zimbabwe as ‘merchants of anger’.

It isn’t directed at political injustices. It isn’t aimed at a set of ideas. It emanates from their inability to entice the electorate to vote for them. They don’t have an ideology. They don’t have a clear political ideological roadmap. They only run a tagline for ‘change’.

This anger is awash on all media platforms that the opposition uses to reach out to its supporters and the generality of the population. This anger is exerted on any one who is perceived to have a different political opinion, especially those who show inclination and support for the ruling Party and establishment.

Angry people generally want to blame somebody – or some group – for their problems, whether real or perceived. Political campaigns and government developmental strides, logically, work to elicit anger from the opposing party.

This means that their supporters are quick to blame those who disagree with them for the country’s shortcomings.

Consequently, anger causes politics to move beyond a competition of ideas and philosophies and into a zero-sum game in which each side’s gain is the other’s loss.

That weakens people’s commitment to the democratic norms and values that have long been the linchpin of the pan -African system.

Maybe to be better informed by the manner and political discipline of the pan-African ideology, one needs to go back to its formation and development.

The history of pan-Africanism dates back to the mid-19th Century.

Pan-Africanist ideas first began to circulate in the mid-19th Century in the US, led by the likes of  Martin Delany and Alexander both African Americans, and Edward Blyden, a West Indian.

Those early voices for pan-Africanism emphasised the commonalities between Africans and black people in the US.

The true father of modern pan-Africanism was the influential thinker W.E.B. Du Bois. Throughout his long career, Du Bois was a consistent advocate for the study of African history and culture.

Among the more-important Pan-Africanist thinkers of the first decades of the 20th Century was Jamaican-born black nationalist Marcus Garvey.

In the years after the First World War, Garvey championed the cause of African independence, emphasizing the positive attributes of black people’s  collective past and a return ‘back to Africa’.

From the 1920s through the 1940s, came C.L.R James and George Padmore, both of whom came from Trinidad. Padmore was one of the leading theorists of pan-African ideas.

Disciples of Padmore were the likes of Jomo Kenyatta of Kenya, Kwame Nkrumah of Ghana, Haile Selaise of Ethiopia and these were important figures in pan-Africanist thought.

Their energies were expended not in trying to define their situation in foreign terms but to face their Damascene moments with ‘the solution is within’ mentality.

By the late 1940s, the most-important figure of this period was  Nkrumah who believed that European colonial rule of Africa could be extinguished if Africans could unite politically and economically.

Nkrumah went on to lead the movement for independence in Ghana, which came to fruition in 1957 as well as the formation of the Organisation for African Unity (OAU) in 1963 which solidified African leadership.

For Zimbabwe, the pan-African protagonists were the likes of Joshua Nkomo, Herbert Chitepo and Robert Mugabe, among others.

Most African countries got their independence after their nationalists were inspired by the pan-African movement and ideology.

The history of pan-Africanism inspires a lot of people in Africa even now but not the opposition politics that have remained neo-liberally oriented. What then inspires our opposition in Zimbabwe?

Why are they so in a ‘rage of anger?’

Africa and Zimbabwe opposition parties should stand guided by pan-African ideas if they are to play a meaningful role in African politics.

Africa and Zimbabwe need no political ‘merchants of anger’.