Home Top News A taste of their own medicine…as election deniers give Chamisa handlers a... 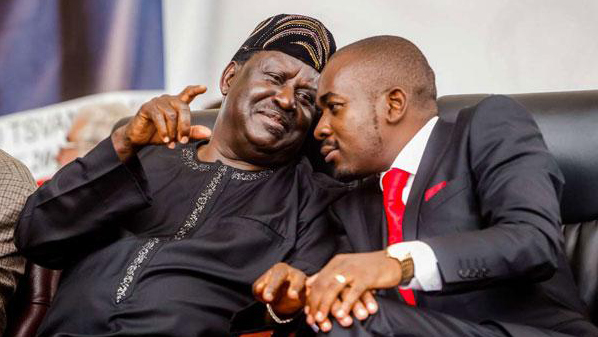 A DENIER is a person or a group of people who refuse to accept the existence, truth or validity of something despite empirical evidence.

In politics we have many of these, they are called election deniers.

This group of people will not accept an election result other than that in their favour.

Election deniers will claim elections were falsified or rigged if the ballot goes the other way.

They are an extremely dangerous lot as they increase the threat of political instability in any country.

They may not succeed in overturning election outcomes but they weaken public confidence in democratic processes or just cause plain mayhem.

Zimbabwe has a perennial election denier in the mould of the CCC (former MDC T) led by the excitable but clueless Nelson Chamisa.

Kenya has its own in the form of  Raila Odinga, while the US, the vaunted beacon of democracy, manifested deniers through former President Donald Trump.

In 2018, after ZANU PF won the elections, CCC leader Chamisa rejected the election victory claiming it was fraudulent.

He went on to proclaim to the country and the rest of the world that he had V11 forms that proved the election was rigged.

The general populace waited with bated breath as he promised fireworks and a legal victory so sweet some even envisioned him in the State House.

As is always the case, the V11s could not be produced when the time came.

When that failed, he urged fellow deniers to take to the streets urging them to ‘defend’ their vote.

Chamisa could not bear to lose: he had to defend his masters’ interests of regime change as well as justify monies invested in him as their proxy.

Indeed, behind him were regime change gurus playing the tune while he danced.

And the pipers were none other than the West, the US and UK in particular.

The so-called champions of democracy have always had it for Zimbabwe. They cannot stomach the idea of any revolutionary party charting the destiny of any country in Africa, especially ZANU PF.

For decades now, Zimbabwe has not had ‘free and fair’ elections simply because the people’s choice does not favour and advance Western interests.

In the March 2022 by-elections, they vowed  to watch the developments in Zimbabwe.

The US President, Joseph Biden, on March 5 2022, extended sanctions on the country, accusing Zimbabwe’s leaders of ‘undermining democratic processes.’

The US considered Zimbabwe a nation in need of massive hand holding in order to conduct credible elections which are in essence an election outcome favouring their proxies.

Referring to elections, they even threatened to sanction African countries that ‘do not observe the tenets of democracy’.

As they worried about and bullied little Zimbabwe, a storm was brewing in their own backyard.

On October 28, a warning about the threat of violence heading into the 2022 Mid-term Elections was issued to State and law enforcement agents by the US Department of Homeland Security.

This warning came after Speaker of the House of Representatives Nancy Pelosi’s husband was attacked by a right –wing extremist who had sought to harm her.

This was precipitated by  Republicans who expressed their lack of confidence in the upcoming mid-term elections.

They are the same group that questioned the legitimacy of President Biden‘s victory in November 2020.

Before the elections in 2020, former President Trump had refused to guarantee he would transfer power if he lost the elections. Instead he had already laid claims of alleged rigging.

He clearly knew he was not going to win. And he lost.

At Trump’s bidding, many of his supporters descended on Washington, DC, to dispute the results of the presidential election, climbing the steps of the Capitol and busting through its doors and windows.

Trump falsely claimed that the election was stolen without any evidence whatsoever  to support his claim, and like Chamisa he called for his supporters to “take the country back.”

Soon the Capitol building had been breached and one member of the mob had been shot and fatally wounded. Five people died.

And now, many of his supporters have crawled from under the woodwork for the 2022 mid-term elections.

Americans next week will get to decide who will run the 2024 presidential votes in their states. In 30 of those 50 States are Republican candidates who seek to become their State’s top election official.

If these contenders win next week, they could create a volatile atmosphere come 2024 by either declining to certify an election result, making it harder to vote by mail, forcing large groups of voters to re-register and some of the election denying candidates have already promised to take these actions.

According to the Washington Post, candidates who have challenged or refused to accept President Biden’s victory -51 percent of the 569 – are running in every region in the country and in nearly every State. Most of the election deniers nominated are likely to win. Of the nearly 300 on the ballot, 171 are running where the GOP is favoured to win.

In a press statement, Biden accused Trump of inspiring Republican election deniers candidates.  “Democracy cannot survive when one side believes there are only two outcomes to an election, either they win or they were cheated”

“As l stand here today, there are candidates running for every level of office in America – for Governor, for Congress, for Attorney General, for Secretary of State, who won’t commit to accepting results of the elections they’re in,” said US President Biden.

Trump is expected to run for office come 2024 and, according to several media houses in the US, he will formally announce his bid after the mid-term elections

The Biden administration has every right to be worried: if these election deniers win, they could try and manipulate results come 2024.

The irony of what is taking place in the US is lost on their leaders. With the upcoming elections in Zimbabwe, the US, under President Biden’s administration, has already started to show hostility.

They have even claimed elections will not be ‘free and fair’ way before the elections have even taken place.

CSOs, funded by the US, are already burning the proverbial midnight oil to try and cause instability in the country.

Already the smear campaign has begun.

Now President Biden is on the receiving end of his own rod. A taste of his own medicine will certainly make him and his administration realise the kind of injustice they are perpetrating in Zimbabwe.