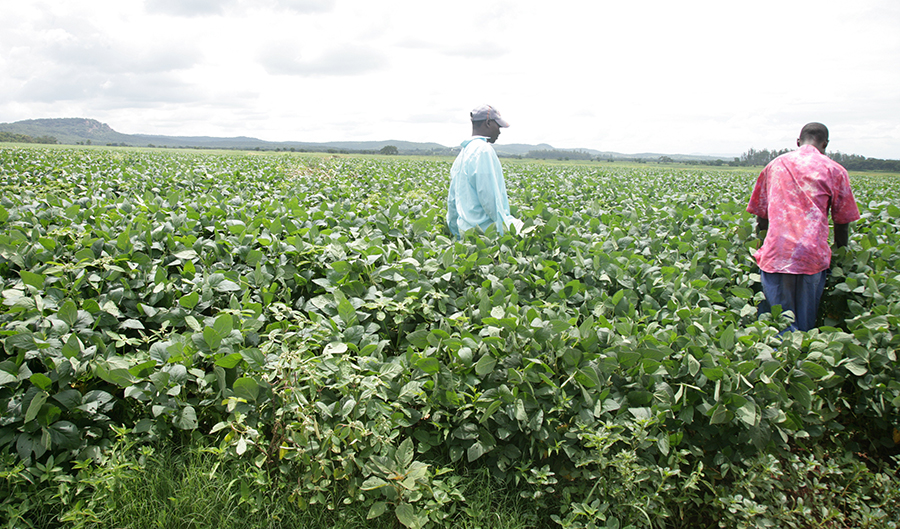 FAMILIAR bells of Zimbabwe’s foresight as well as its unprecedented bravery in carrying out the land reclamation drive undoubtedly rang far and wide as Africa celebrated its 59th anniversary with the clarion call by the AU for the continent to expend its energies on building a healthy Africa.

The celebrations which took place on Wednesday ran under the theme: ‘The Year of Nutrition’, an apt endorsement of the country’s Land Reform and Resettlement Programme of 2000.

While the land reform initiative has since attracted the wrath of the embittered West, whose kith and kin held large swathes of prime land prior to the year 2000, the programme has not only empowered and uplifted the lives of millions of Zimbabweans, it has created a solid base for the physical and psychological wellbeing of the masses.

And the success of the programme is there for all to see.

We have a thriving agro-industry anchored on massive production from beneficiaries of the programme who are doing well under constraining circumstances wrought by the illegal economic sanctions over the programme.

For Zimbabwe, the programme has already achieved its intended targets of capacitating the masses, empowering and giving them a sustainable livelihood.

What this means for Africa is that it has to step up to the plate in order to feed the masses.

This can only be done if African countries deliver land to their people.

Of course there will be the usual threats from Western countries that have made dissuading land redistribution in developing nations their top priority.

Zimbabwe is often cited as an example of why other nations should not give their citizens land but that narrative has since become null and void, with few or no takers.

And the theme of Wednesday’s celebrations was confirmation that Africa is finally waking up from its slumber and is now doing the right thing.

“As part of the long-term vision set out in Agenda 2063, the Assembly of Heads of State and Government of the African Union has adopted common African aspirations, drawing on the potential of its populations, in particular, a human capital well-nourished citizens and in good health with a particular emphasis on women, adolescents and children. Human capital is key for development as it leads to improved lives for individuals, higher earnings and improved incomes for countries,” the AU said in a statement.

“Africa was estimated to have a population of 1,25 billion in 2018 and is the fastest urbanising continent, with a growth rate of more than 2,6 percent. The large youth population presents a potential demographic dividend that, if adequately leveraged with the right investments, could contribute to accelerating sustainable and equitable development. Over the years, the under-5 mortality has reduced by more than 50 percent between 1994 to 2019; fertility rates have declined from 6 to 4 children per woman. However, compared to the rest of the world, malnutrition remains high on the continent and undernutrition is particularly an underlying cause of almost half of child deaths.”

Added to that is the Russia-Ukraine war which has destabilised global food production, with the UN warning last week that the conflict could cause serious food shortages.

The road could not have been clearer for Zimbabwe and, indeed, Africa.

This is certainly the time for the continent to make full use of its abundant land to feed the world.

Prior to February, when Russian troops launched a military offensive against Ukraine, the country was reportedly the world’s bread basket, exporting an estimated 4,5 million of agricultural produce per month through its ports.

Ukraine also exported 12 percent of the world’s wheat, 15 percent of its maize as well as half of its sunflower oil.

It was also one of the biggest suppliers of grain to the UN World Food Programme, supplying maize enough to feed 400 million people.

“Leaders told me that, because of the war in Ukraine, on top of other crises they face, they fear this dangerous situation could tip into serious catastrophe,” UN secretary-general Antonio Guterres told the Global Food Security Call to Action Ministerial Meeting at UN Headquarters on Wednesday last week.

“Global hunger levels are at a new high. In just two years, the number of severely food insecure people has doubled from 135 million pre-pandemic (COVID-19) to 276 million today.

And now the Russian invasion in Ukraine is amplifying and accelerating all these factors — climate change, COVID-19 and inequality. It threatens to tip tens of millions over the edge into food insecurity, followed by malnutrition, mass hunger and famine, in a crisis that could last for years.

Between them, Ukraine and Russia produce almost a third of the world’s wheat and barley and half of its sunflower oil. Russia and Belarus are the world’s (top) producers of potash, a key ingredient of fertiliser. But let’s be clear: there is no effective solution to the food crisis without reintegrating Ukraine’s food production as well as the food and fertiliser produced by Russia and Belarus into world markets, despite the war.”

With Zimbabwe having already set the pace, in spite of the Western sponsored illegal economic sanctions, the rest of the continent can take a leaf from Harare and put in motion processes that give them unfettered access to land.

Just like the fury that has been exhibited by the US on the country in the past few weeks, hunger is coming in full force and now is the time for Africa to feed the globe.