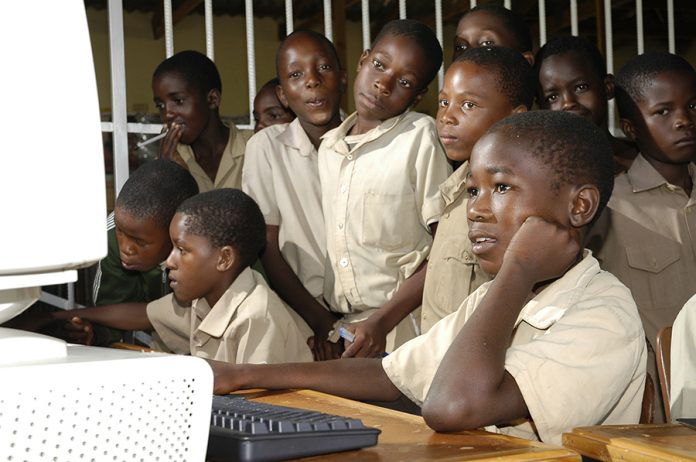 IN a previous article in The Patriot we reflected on the reasons educated Zimbabweans and indeed other Africans are failing to spearhead socio-economic development.

We concluded that, ‘the devil is in the education system inherited from colonial times’.

To exorcise that devil from our education systems, a number of crucial steps must be undertaken.

The next few articles will be dedicated to discussing strategies for restructuring our education systems to produce graduates who possess the skills, attitudes and competencies to drive the country’s socio-economic development towards Vision 2030 and beyond.

The first issue to discuss is the fundamental question of the means of communication between the learners and the teachers. The main element is the medium of instruction.

When babies are born they acquire their language skills from the mother, hence reference to the ‘mother tongue’.

Children learn by imitating the sounds from parents, siblings and other family members.

The sounds, gestures and facial expressions all constitute the communication signals that make up the mother tongue.

As one writer Eddie Zvinonzwa (Facebook) puts it: “Language is not only a means of communication but it also represents the collective memory of any community or any people’s history.”

He goes on to state that language also reflects people’s interpretation of the human experience.

Erosion of the mother tongue eventually leads to the extinction of a people’s culture and knowledge systems.

Colonial imposition of foreign languages has been a strategy for systematic obliteration of the unity, identity, culture and indigenous knowledge systems of Africans.

To the same extent, colonial languages have been the main tools for the demolition of indigenous cultures through their sustained use in programmes of schooling, radio, television and newspapers.

In Zimbabwe, the result has been to create a native population that distances itself from things African preferring to speak in English and looking down on all who have not mastered the colonial language.

In the formal school system, creativity, which is otherwise best developed in the mother tongue, has been destroyed as African pupils are taught all subjects except the local language itself, in English.

They think in the mother tongue and try to translate into English, with little success.

As a result, pupils only become animated when the mother tongue language is taught as a subject.

The transmission of knowledge in all facets of oral traditions is informal and occurs through the medium of the mother tongue. In this respect, the imposition of colonial languages in school systems of Africans has killed creativity, diversity and the wealth of African knowledge systems argues Zvinonzwa (Facebook) in his discourse on ‘Use of indigenous language Shona as a medium of instruction’ (IOSR Journals).

In Zimbabwe, the consequence of using English as medium of instruction has resulted in what I call ‘cut and paste’ education.

Pupils, when they fail to make sense of the various pieces of information in English textbooks, resort to memorising whole passages or paragraphs.

When an examination question comes which has some reference to the said memorised passages they reproduce these whole.

What are the implications of the ‘cut and paste’ education?

The learners are unable to use the ‘learned information’ to solve problems.

For example, in the natural sciences, they will not be able to design a new system or to re-arrange components and come up with a new item. In short they cannot innovate.

Memorisation of whole passages from published literature also referred to as rote learning is rampant among Zimbabwean learners at all levels which is prompted by lack of understanding of the language of the text, English.

For students, the strategy is ‘good’ for passing poorly set academic examinations.

Rote learning is useless for training in problem-solving skills and innovation!

Rote learners are incapable of unpacking and reconfiguring the meaning of text.

Therefore, they cannot use knowledge to create new goods/services, a requirement for the new Education 5.0 design.

For rote learners, all knowledge is derived from books; even dangerous knowledge from internet is readily gobbled up as ‘gospel truth’.

Most text books are in foreign language, written by foreign professors with foreign ideologies.

The text books have no local context.

Learners are therefore incapable of relating to their own local heritage.

They will prefer therefore to work overseas or in foreign-owned enterprises here the language is that in which they were educated.

Foreign content not relevant to Zimbabwe/Africa is often saturated with foreign ideological baggage which further alienates learners from their local environment.

This partly explains the general failure by Africans to uplift their own economies through innovations that are home grown.

A relatively new phenomenon in Zimbabwe’s high school system is that of relatively large numbers of students at Advanced and Ordinary Level scoring what can be referred to as ‘abnormally high’ pass grades.

Students sit five ‘A’-Level subjects and get a string of ‘A’ grades.

Ordinary Level candidates can now sit for 10 to 15 subjects and score an unbelievable string of ‘A’ grade passes.

While students can and should be able to pass well, the grades alluded to above imply that the students have discovered ways of ‘outwitting’ examiners.

But in the main, memorisation, itself a product of foreign language instruction medium, is to blame.

Suffice to say the ‘A’-Level high pointers do not always do well at university where teaching approaches are somewhat different.

In the next episode we shall review some scientific studies done Zimbabwe and elsewhere in Africa and the world that provide evidence to support use of indigenous languages for academic instruction.