Chief Maduna Mafu’s revolutionary activities did not end with the end of the First Umvukela.

While his brother Mahlabeni Mafu was executed by the British for his role as a chief warrior in the Godhlwayo regiment, he remained chief under the British South Africa Company (BSAC).

As chief under the BSAC, Chief Maduna Mafu was no stooge to the whiteman.

It is a position he took with the full intention of fighting the system from within and this, he did successfully.

While he was chief, the whiteman knew no peace:

He fought these injustices and all which were extractive and coercive to his people.

Further, he worked with the Industrial and Commercial Workers’ Union in pursuance of the following goals:

His chieftaincy was a critical lever in getting rid of the white menace and he pursued that relentlessly.

Thus, his work with such groups as the urban and rural migrant workers, chiefs and headmen, farmers as well as migrant workers, which all had branches in Insiza,  managed to keep the whiteman’s administration in check on many issues that were inimical to the masses and prepared the ground for the early nationalist movements.

The great warrior finally departed in 1933, two years before the birth of his grandson, Chief Vezi Maduna Mafu, whose loss we mourn but whose life we celebrate today, the chief who just left us last month on February 13 2021.

The great Chief Maduna Mafu was succeeded by his son Jim Maduna Mafu, who was no less radical; the one whom the Native Commissioner described as ‘antagonistic to good administration’. Which means he would not co-exist with the white armed robbers at any cost.

A successful entrepreneur, he became the first African to own a bus in Insiza.

He worked as tirelessly as his father to ensure that the whiteman would never govern his people the way he wanted.

To this end, he sabotaged each Local Government initiative.

He ceaselessly fought ‘extractive and coercive’ policies foisted on his people.

One such coercive policy was that of forced evictions of Africans from the fertile Insiza land coveted by the Europeans.

Chief Jim Maduna Mafu and dynasty held land which had been set aside for the Godlwayos and he was being evicted from this land.

He joined hands with Benjamin Burombo and his African Voice Association to fight not only his eviction but that of thousands others.

The African Voice Association’s primary mission was to fight evictions.

Under Chief Jim Mafu’s leadership, 349 families took their evictions to court and won.

Another outstanding success of Chief Jim Maduna Mafu’s was ‘when the Native Commissioner tried to issue eviction orders at a meeting in Insiza, people became unruly and defiant, and he had to retreat’.

However, the whiteman soon changed the law to enable him to carry out evictions and subsequently was able to carry out mass evictions.

Still, Chief Jim Maduna Mafu contested his eviction from the Godhlwayo Native Purchase Area and won although the area was greatly reduced from the original acreage.

With the advent of nationalism, Chief Jim Maduna Mafu was under the spotlight, and with good reason too.

The whiteman was nervous about him but could not do much.

The chief commanded a lot of respect among his people and he was very forceful.

He also disrupted construction projects, literally making it impossible for the whiteman to rule him and his people.

The Native Commissioner was desperate to get rid of him.

Finally, he instituted a number of criminal accusations against him and his wife.

He was tried, convicted and then deposed.

He died soon after.

Chiefs Maduna Mafu and his son Jim Maduna Mafu totally refused to draw any consolation from being appointed chiefs under the whiteman’s administration.

They accepted these positions with the express intention of using them as leverage against the whiteman.

Not for a moment did they acquiesce to white rule, white privilege or power.

They remained firmly entrenched with their people, defending their interests at whatever cost.

His father and the whole of Matabeleland fought the whiteman in the First Umvukela, thus Chief Jim Maduna Mafu knew of the whiteman’s ruthlessness.

His uncle, Mahlabeni Mafu had been brutally executed by the whiteman for being a chief First Umvukela warrior.

Chief Jim Maduna Mafu, therefore, had no illusions about the whiteman’s intentions among his people and what it would cost to cross him.

It did cost, and they went all the way and deposed him but he was a hero, like his father Maduna Mafu, commander of the Godhlwayo regiment.

The two chiefs both fought the whiteman who falsely claimed he had defeated them in the First Umvukela; an enemy who yet knew that he had failed to withstand the force of the First Chimurenga warriors from March 1896 at a cattle village in Esigodini, to July 1896 in Matobo, which battles forced General Carrington to advice Rhodes that he had failed against the Ndebele and Rhodes had to call for indabas.

They were determined to fight the whiteman at all costs, knowing they had defeated him but yet had to retreat in the face of his genocidal intent, a time to step aside and fight another day.

They knew they could not confront the whiteman as an army but had to sabotage him so eventually he would fall.

Indeed, Zimbabwe was liberated 47 years after the death of Chief Maduna Mafu.

For him, the celebration of the defeat of the whiteman was delayed by less than 50 years.

His own grandson (Chief Vezi Maduna Mafu) was one of the warriors who pinned down the whiteman for the very last time and he could not falsely claim victory. 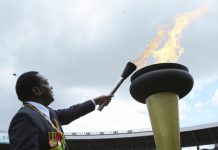 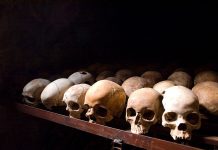 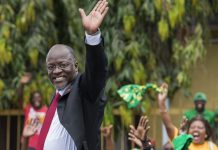