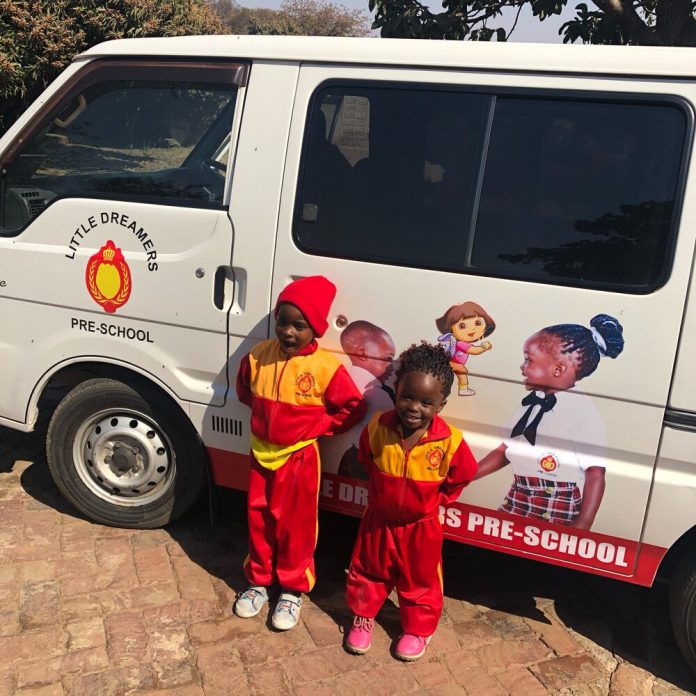 Many people took to social media, posting Afrocentric messages, a bit of a divergence from their usual lifestyles steeped in Western culture.

The original meaning of the continental holiday, formally known as Africa Freedom Day and African Liberation Day, has almost been forgotten.

That’s because, to most, Africa Day is the only occasion Africans are reminded of their roots; never mind that some people’s roots have long since withered and the same are now ‘coconuts’ — black on the outside and white on the inside.

Perhaps that’s why Africa Day now serves as a reminder.

The long weaves, skin-lightening creams, consumption of Westernised junk food and adoption of Western education systems all point to evidence of Africans having been long alienated from their roots, explaining the erosion of hunhu/ubutu.

For my five-year-old daughter, Thandeka, on the other hand, it was a different story.

She was sad because she couldn’t go to school.

She’s in ECD B, and her understanding of Africa Day is that she get’s a tailor-made African print dress.

She’s been attending pre-school for the past three years, so she knows what Africa Day is all about.

She knows the get to wear ‘African’ clothes, speak in Shona or any  other mother tongue extensively, eat exotic traditional foods (pardon the oxymoron) and listen to African music.

So as you can guess, the climax is showing off her African print dress to her friends.

If it were not for ‘corona’, she said, she wanted a dress with the colours on the Zimbabwe national flag.

If Zimbabwe were similar to South Africa, Botswana or other African countries that have retained their tribal identities through distinctive fabric patterns, I could have summoned my fashion and fabrics prowess to craft her a fashionable dress that identifies her as Manyika.

I guess she would have hated me for the rest of her life as I would have succeeded in making her the laughing stock of her school.

It’s a pity there is no national dress in Zimbabwe; nor is there a fabric pattern which goes back in time that has not been demonised.

I can only think of retso, the black and red fabric used for traditional rites.

In my opinion, the alternative is even worse; the black and white garb worn by spirit mediums, the one synonymous with Charwe, the medium of Mbuya Nehanda.

I think we actually have our traditionalists to thank for the preservation of those particular fabric patterns, otherwise if the missionaries and Christian emissaries could have it their way, we would have discarded everything African.

For all things African are evil, backward and stall progress, we have been made to believe.

At Thandeka’s pre-school, Africa Day is the only day pupils are allowed to speak in Shona outside of the Shona class.

Speaking in Shona is bad, she says her teacher says.

But on Africa Day, that’s the day she can be proud of her African heritage.

The girl has a hard time distinguishing which language is Shona, and which is English.

She will mention a Shona word and say this is English, and vice-versa.

That’s because her mother normally talks to her in English to help her catch up.

However, her Shona needs catching up.

You’ll agree with me once you hear her retelling ngano (traditional Shona folklore).

Her narration sometimes includes a mixture of English and Shona, while her storyline normally follows the script that tsuro and gudo make a stopover at a fast-food outlet, buying pizza on their way to kumusha.

In my generation (the born-free in the early 1980s), ngano was part of our upbringing.

Our grandparents used to retell folklore while we huddled around the fire kumusha, shelling nuts or helping sekuru nambuya with chores around the homestead.

I personally used to go kumusha almost every school holidays.

But I guess at times when we misbehaved, the punishment would be going kumusha where we would be ‘stranded’ for a ‘never-ending’ three weeks during the school holidays.

And punishment it was in my eyes.

There was no TV and tantalising breakfasts with sausages while meatless meals were the topping on the punishment.

And did I mention the thorough beatings we would get kumombe, herding cattle.

As town boys, we would usually want to flaunt a move or two that we had seen Bruce Lee executing in a movie on TV. Mind you, in the late 1980s and early 1990s, there were very few TV sets as they were regarded a sign of affluence.

We were better than boys wekumusha who only got to watch TV at the crowded growth point.

But that would be before earth-mounds representing our mothers’ breasts were moulded on the ground.

Kicking the same would signal the start of mother of all fistfights that would only end when someone bled; usually the town boy would be on the receiving end of a torrent of blows from the boy from the village who had mangoromera.

But don’t get me wrong, I was imbued with life skills that I wouldn’t trade for anything else.

Sadly for Thandeka, kumusha is another place she has never so much as spent a night in her five-year-existence.

For, to her, kumusha is her grandparents’ house, and both her paternal and maternal grandparents are retirees living a stone’s throw from us in the urban areas.

The grandparents seem to have severed their ties with their kinsmen kumusha due to this or that complicated family politics that seem to be a common thread for a number of urban dwellers.

Thandeka has inevitably only been kumusha for a couple of crucial family gatherings on one-day visits.

From those visits, she only recalls bumping into many cows on the road as well as goats and lots of free-range chickens.

People in the rural areas also live in huts.

However, she doesn’t know why.

I really don’t know if her lack of experience of what I experienced during my childhood will make her any less African, but I guess, as history has proven, the previous generation will say we were better than the young ones.

However, at times we absolve ourselves of the input we have had in ‘unAfricanising’ our offspring.

If I knew private schooling was going to deter my daughter from expressing herself in her mother-tongue, I would have enrolled her kumusha.

Not as punishment, but to give her a chance to be in touch with her African roots; so she could understand there is science behind milking a cow with warm hands.

To learn that you can’t starve in the wild, there are tubers, shrubs and wild fruits that have sustained Africans for millennia.

That’s why we should’t cut down indigenous trees.

Let’s revert to our indigenous knowledge systems, healthy traditional food, and be guided by the principles that form our identities — the vital cog called hunhu/ubuntu.

We do not just live in Africa.

Africa lives in us!