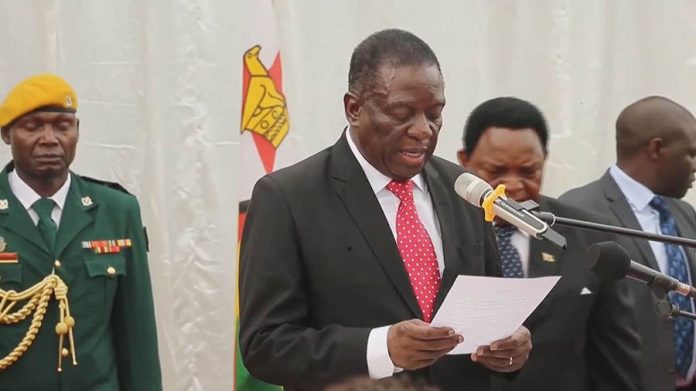 ON the margins of the African Union’s (AU) 33rd Ordinary Session in Addis Ababa, Ethiopia, African Union Member-States convened to deliberate on the progress made on the implementation of Agenda 2063.

Last week, the African Union Development Agency released a report, The First Continental Report on the Implementation of Agenda 2063, which is a consolidation and evidence-based assessment of country and regional-level progress reports on Agenda 2063, complemented with interventions and results achieved at the regional and continental level.

During the deliberations, the AU acknowledged the significant progress made in implementing Agenda 2063 and urged African countries to go further to fast-track economic transformation.

For the Mo Ibrahim Foundation, “…Africa is already halfway through the First Ten-Year Implementation Plan for Agenda 2063 and almost one third of the way through SDGs’ completion,” notes Is Africa on Track Report.

The Implementation of Agenda 2063 report provides an assessment of the progress and performance of Africa’s development between 2013 and 2019.

Unveiling the implementation report, President Alassane Ouattara of Côte d’Ivoire noted that while remarkable progress had been made, the continent still had a long way to achieve its development targets.

“In five years, we have come a long way in implementing Agenda 2063. To go further, Agenda 2063 must be the responsibility of all the member states of the AU,” said Ouattara, who is also an Agenda 2063 champion. In May 2013, the year of the 50th anniversary of the formation of the Organisation of African Unity (OAU), AU member-states signed the 50th Anniversary Solemn Declaration, which laid the foundations for the development of ‘Agenda 2063: The Africa We Want.’

The continent embarked on this agenda as a 50-year development blueprint through domesticating and implementing it into national and regional development strategies, achieving an aggregate score of 32 percent against the 2019 targets.

The Africa Agenda 2063 has seven aspirations.

The seven aspirations include:

λ A prosperous Africa based on inclusive growth and sustainable development;

λ respect of human rights and rule of the law;

λ drive Africa as a strong and influential global partner.

Despite a challenging financial and economic time for African economies, the continent identified 13 flagship projects which fall within the First-Ten Implementation Plan, 2014 to 2023.

The said report highlighted important milestones regarding the implementation of the various goals in this master-plan.

Perhaps the most hopeful highlight pointed out relates to the good strides taken in relation to The African Continental Free Trade Area agreement(AfCTA).

According to the report, 54 countries have signed while 29 have ratified the agreement.

Zimbabwe this week officially joined the Free Trade Area despite outstanding issues “…in the spirit of moving forward and our commitment to the principles that inspired the establishment of the AfCTA,” President Emmerson Mnangagwa said.

In June last year, Zimbabwe said it would fully implement the AfCFTA after 15 years, when the country is expected to have fully industrialised.

President Mnangagwa explained that Zimbabwe’s participation in the AfCFTA had been hampered by sanctions.

The AfCFTA, which is expected to boost intra-Africa trade, came into being on May 30 after it was ratified by 22 member-countries, including Zimbabwe, in what the AU believes will be a continent-wide market of 1,2 billion people worth

However, sanctions imposed on the country by the US and the EU have seen Zimbabwe lose about US$98 billion since 2000, making it impossible for the country to fully benefit from markets created by the trade agreement given the myriad of challenges affecting local industries.

According to the report, there has so far been performance of 92 percent towards implementing the African Continental Free Trade Area initiative.

This spells highly positive implications for entrepreneurs with pan-African intentions and bright socio-economic prospects for the continent, generally.

Other favourable displays of performance indicated in this report included achievement of 56 percent towards targets around attaining a high standard of living, quality of life and well-being for all and instituting a fully functional and operational African peace and security architecture.

Relevant goals were attained to a tune of 56 and 76 percent respectively.

On another note, though, the report was made out of data relating to only 31 of the 55 AU states; or a 56 percent coverage of the continent.

This points to laxity of commitment by some individual countries on one hand, but also determination on the hand of the AU Development Agency; that the Agency bears the resolve to move forward and exert pressure for accountability and implementation on all by having the report issued regardless of lapses in reporting participation.

There are key development cornerstones that the continent still has to address, without which there could be significant failures in many other aspects of this continent’s master-plan.

For example, a continental score of two percent against the 2019 target on agriculture total factor productivity was a red flag, in view of the continent’s exploding population that must be fed and an already huge food import bill which the continent may not sustain in future.

Growth in intra-Africa trade recorded only 11 percent of 2019 targets and yet is a key need for Africa’s economic independence and, by implication, a cornerstone for continental liberty.

Without it being addressed, the impressive gains around the AfCTA initiative will ultimately stall and not deliver lasting dividends.

In the same trend, performance on enhancing communication and infrastructure connectivity within the continent stood at only 29 percent of 2019 target.

The AU will embark on the second phase of the Programme for Infrastructure Development in Africa (PIDA) which will focus on smart and integrated corridor approaches, renewable sources of energy, job creation, youth and gender sensitivity potentials of projects as well as digitalisation.

PIDA is an AU flagship initiative adopted in January 2012 to support the overall objective of Agenda 2063 of the development of the socio-economic transformation of the continent over the next decades.

Running till 2040, PIDA was endorsed by all African Heads of States to serve as the continental strategic infrastructure framework.

Noting that the first 10-year phase ends by the year 2020, the next phase of the programme would be implemented from 2021 to 2030 in a comprehensive and more inclusive manner.

Ethiopia’s President Sahle-Work Zewde noted that greater cohesion and hard work are required to achieve ‘the Africa of our dream.’

“The Ethiopian Government is working with the African Development Bank and other development partners in the implementation of Agenda 2063, as enshrined in the country’s development plans,” she added.

“We have to make sure, in everything we do, that we bring about implementation faster.”

The ADB President also called on heads of state to push for the continent’s pension and sovereign wealth funds to contribute to domestic prosperity.

The progress made in health includes improved life expectancy at birth, reductions in adult mortality rate, under-five mortality rate and maternal mortality ratio – due to better availability, coverage and utilisation of health services.

The path to Africa’s financial self-reliance is dogged by challenges, including the resource curse, terrorism and intra-African trade barriers.

Africa, as a ‘continent at peace with itself’, is a key part of the Agenda 2063 vision.

Conflict and fragility are major constraints to Africa’s development.

About one third of African states, home to more than 200 million people, are considered to be in a state of relative socio-economic fragility.

In Africa’s context, fragility is not a static condition, but a dynamic continuum.

In recognition of the importance of a peaceful and secure continent, this year’s AU summit was held under the theme: ‘Silencing the Guns: Creating Conducive Conditions For Africa’s Development.’

‘Silencing the Guns’ is a commitment to achieving the aspirations of Africa’s Agenda 2063, specifically Aspiration Number Four, which envisions a peaceful and secure Africa, thereby making peace a reality for African people.

In order, to reduce conflict and fragility, the High Level Panel on Fragile States in Africa was established.

Then, there’s the big issue of illicit financial flows.

Africa is losing, according to the AU High Level Panel on Illicit Financial Flows from Africa Report, US$50 billion with some estimating this to be growing at just over nine percent a year.

Tackling this problem is not just a task for the technical financial industry alone, but one that requires the political will to take the fight to the highest levels of multi-lateral diplomacy where these issues become hooks onto which strings to development assistance can be attached.

Calling for fairer globalisation, Guteress said African nations were working to eliminate corruption, reform taxation systems, governance and institutions, but it was up to the international community to “…complement these efforts with much stronger determination”, including fighting illicit flows of capital.

Turning to the climate crisis, the Secretary-General commended Africa’s “…longstanding moral and political leadership on the climate emergency.”

“Last year was devastating, along with the destruction of cyclones Idai and Kenneth, there are numerous under-reported climate-linked crises from the Sahel to Zambia, from Kenya to Madagascar,” he added.

Even though the vision has had its fair share of criticism for being over-ambitious, it is Africans’ path to walk and it is Africa’s path to fix. 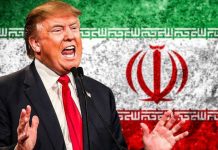 Polarisation: The enemy within 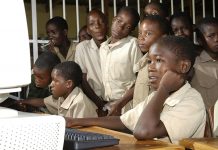 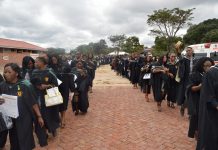