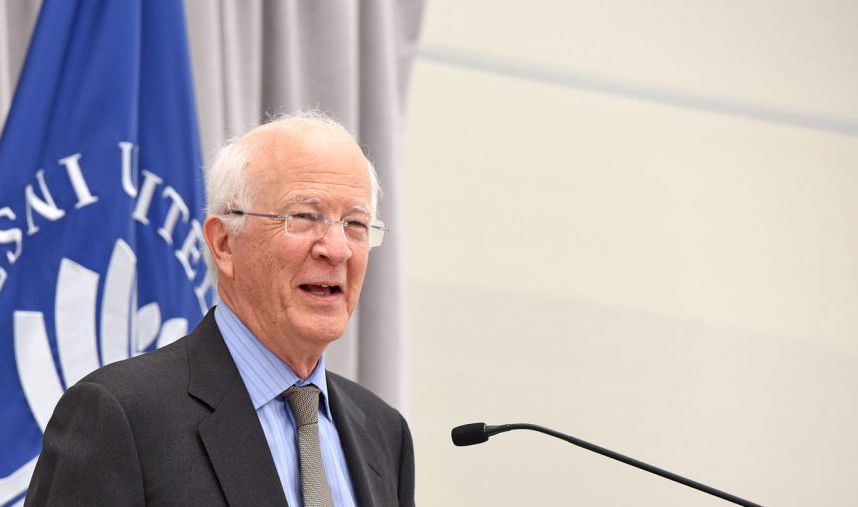 AS the lobbying for the removal of sanctions imposed on Zimbabwe grows, the Zimbabwe Human Rights NGO Forum intends to hand over a damning report to the UN Special Rapporteur who is in the country for a 10-day visit.

The report seeks to paint Zimbabwe in a bad picture so that illegal sanctions can be maintained at the expense of millions of suffering Zimbabweans.

The UN Special Rapporteur on Negative Impact of Unilateral Coercive Measures on Human Rights, Alena Douhan, is in the country to assess the negative impact of economic sanctions on the most vulnerable groups in society.

She has had an opportunity to witness first-hand the impact of sanctions on ordinary Zimbabweans.

Pictures of the purported victims covered in bandages were circulated on social media.

And to make it more dramatic, they claimed their leader Nelson Chamisa had escaped an assassination attempt.

It is an open secret that the MDC Alliance has a habit of creating non-existent crises and staging fake abductions; from Peter Magombeyi to the infamous trio of Joana Mamombe, Cecilia Chimbiri and Netsai Marova who are presently facing charges of faking abductions.

These incidents are timed to coincide with an important event in a bid to portray the country in bad light.

No wonder all these claims are in the dossier the Zimbabwe Human Rights NGO Forum submitted to Douhan.

Douhan will present a public report on her visit to the UN Human Rights Council during its 51st Session in September 2022.

The civic society group unashamedly insists sanctions should remain despite admitting that the Zimbabwe Democracy and Economic Recovery Act (ZDERA ) is unilateral.

In their dossier, they write: “The Zimbabwe Human Rights NGO Forum has prepared this submission in response to the call by the UN Special Rapporteur on unilateral coercive measures for the views of stakeholders prior to her visit to Zimbabwe in October 2021.

The Zimbabwe Human Rights NGO Forum is a coalition of 21 human rights NGOs and well-known regime change stalwarts who have previously been exposed for looting funds from their donors and selling false tales of human rights abuses to their Western handlers to attract funding.

In 2018, the coalition published a Post-Election Violence Monitoring Report alleging that over 199 people had either been abducted, assaulted or killed in eight days during August 1-9 2018 by ZANU PF supporters, security personnel and traditional leaders.

The claims were not supported by any specifics, as many of them were based on social media rumours.

The illegal sanctions were imposed on December 21 2001 under the Zimbabwe Democracy and Economic Recovery Act (ZDERA) of 2001, owing to the country’s Land Reform Programme that was meant to address colonial land imbalances.

The Land Reform Programme saw more than 400 000 black households owning land which was previously owned by    4 000 whites only.

The move jeopardised European interests as it effectively put an end to white monopoly on the farms.

And Zimbabweans had to be punished for that!

The illegal sanctions were now their weapon of choice to remove the ZANU PF Government.

If Zimbabwe becomes ungovernable, then the people will turn against the ruling Party, ZANU PF.

In Chester Crocker’s words: “To separate the Zimbabwean people from ZANU-PF we have to make their economy scream.”

ZANU PF was targeted for regime change precisely because it challenged the West’s predatory and primitive view of the African people.

And for that reason the country is sanctioned, demonised, intimidated and isolated.

However, to date, the US and EU continue to lie that the sanctions are only targeted at 83 individuals and 37 companies.

But the reality is that the sanctions are a burden on the Zimbabwean economy.

In a study titled ‘Politics of sanctions: Impact of US and EU sanctions on the rights and well-being of Zimbabweans’, published in 2015, Chidiebere C. Ogbonna, an academic researcher, writer and peace facilitator observes that Zimbabwe has been: “Sanctioned in six sanction episodes: 1966, 2002, 2003, 2005, 2008 and 2009, making it one of the most sanctioned countries in the world.”

The question is: Why does a small country like Zimbabwe warrant such attention?

Zimbabwe possesses vast and assorted natural resources that the West cannot help but drool over.

Zimbabwe has lost more than US$42 billion in revenue over the period of the illegally-imposed sanctions.

All sectors of the economy have been heavily affected, with an estimated US4,5 billion lost in donor support annually.

The country also lost US$2 billion in IMF, World Bank and African Development Bank loans, as well as US$18 billion in commercial loans.

The country’s image was highly tarnished, making it hard for Zimbabwean countries to transact beyond the border.

A shortage of foreign currency resulted in the country accumulating external payment arrears and failing to import critical supplies.

Zimbabwe’s Balance of Payment (BoP) position deteriorated significantly since the imposition of sanctions.

Zimbabwe’s access to international credit lines were blocked after the enactment of ZDERA, leaving the country virtually operating from hand-to-mouth.

Yet the US Embassy has been busy on social media, claiming that sanctions “…do not hamstring economic prospects.”

Sanctions increase the perception of the country as being in a high risk profile category, thus weakening the credibility of investment and investor confidence, while aggravating investment risks, thereby discouraging economic freedom and solidity.

As evidenced from reports by the UN Special Rapporteur on sanctions imposed on Venezuela and Syria, there is nothing like targeted sanctions as they can hurt the whole country, especially the less privileged and even countries around the region.

The damaging effects of sanctions are there for all to see, and it will not take much for Douhan to see the extent of the damage.

The Special Rapporteur undertook an official visit to Venezuela from February 1 to 12 2021 to assess the impact of unilateral sanctions imposed by several States and international organisations on the human rights of Venezuelans.

She concluded that sectoral sanctions on the oil, gold and mining industries, the economic blockade, the freezing of Central Bank assets, the targeted sanctions imposed on Venezuelans and third country nationals and companies and the over-compliance by banks and third-country companies have exacerbated the pre-existing economic and social crisis, with a devastating effect on the entire population, especially those living in poverty, women, children, the elderly, people with disabilities or with life-threatening or chronic diseases, and the indigenous population.

“No strata of society has been untouched,” concluded Douhan on the Venezuelan sanctions.

She recommended that these sanctions, which were mostly imposed in the name of human rights, democracy and the rule of law, be lifted as they undermine these very principles, values and norms.

She said the same in Syria in December 2020, noting that sanctions were a serious violation of human rights.

“The sanctions violate the human rights of the Syrian people, whose country has been destroyed by almost 10 years of ongoing conflict. the conflict and violence have already had a dire impact on the ability of the Syrian people to realise their fundamental rights, having extensively damaged houses, medical units, schools and other facilities, I am concerned that sanctions imposed under the Caesar Act may exacerbate the already dire humanitarian situation in Syria, especially in the course of COVID-19 pandemic and put the Syrian people at even greater risk of human rights violations,” said Douhan.

Special Rapporteurs are part of what is known as the Special Procedures of the Human Rights Council.

The experts work on a voluntary basis; they are not UN staff and do not receive a salary.

They are independent from any government or organisation and serve in their individual capacity.

The people of this country are sick and tired of the pattern of poverty, economic chaos and slow growth as a result of the so-called targeted sanctions.

Zimbabwe hopes to enjoy political and economic freedom once again.