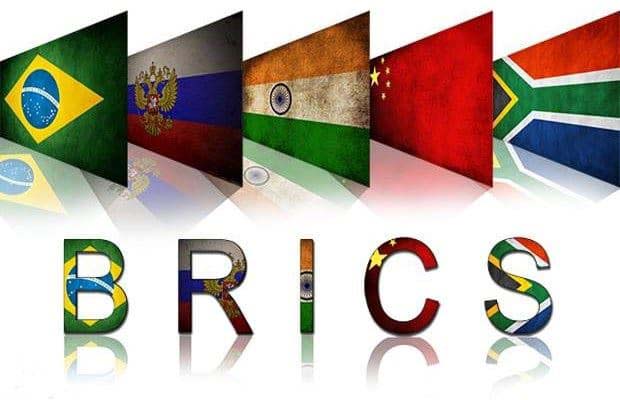 AS the BRICS bandwagon continues to gather pace, muted conversations in Harare that now is the time for Zimbabwe to be part of the inclusive-oriented development group are increasingly becoming difficult to ignore.

BRICS’ thrust has been on an upward curve since its formation in 2001, then as BRIC, incorporating Brazil, Russia, India and China before the addition in 2010 of South Africa.

With Western countries once again leaping to their war-mongering attitude especially this year where they have been at loggerheads with Russia over its conflict with neighbouring Ukraine, and the shift in global economic and political dynamics, many countries are drifting from their traditional reliance on the West for purported and promised economic development which has yet to benefit anyone.

They have not showed signs of relenting on their cruel bid to continue abusing the world even when the walls have been painted with the bold inscription that their time is up.

Zimbabwe which has also been on an upward trend economically, despite contending with contentious Western imposed illegal economic sanctions, finds itself standing on the plinth of an entanglement with the ever friendly, and multipolar focused BRICS.

The country’s relations with members of the BRICS grouping have been as solid as ever, founded on the grounds of respect for territorial integrity, independence and prosperity as well as non-interference into the internal affairs of other nations and all this coupled with win-win economic cooperation between and among those countries.

Talk about the country joining BRICS has been steadily gathering momentum in recent times.

And the widely held belief that the country stands to benefit more from increased cooperation with BRICS is founded on firm grounds.

China has been a solid ally both politically and economically, engaging in massive investments into the country, while Russia has been making serious forays into the economy with South Africa already the country’s biggest trading partner.

India is very much in the thick of things, sitting among the country’s top 10 trading partners.

Now BRICS is set to expand with countries like Algeria, Argentina and Iran having already applied to join the grouping while Saudi Arabia, Turkey, Egypt and Afghanistan together with Kazakhstan, Nicaragua, Nigeria, Senegal, Thailand and the United Arab Emirates have expressed willingness to be part of the group.

“An expanded BRICS including the nations above together with Brazil, Russia, India, China and South Africa would possess about 45 percent of known global oil reserves and over 60 percent of all known global gas reserves,” said the Silk Road Briefing in its report published on November 9 2022.

“Its combined GDP as at today would amount to USD29,35 trillion, making it considerably larger than the United States economy at USD23 trillion and double that of the European Union’s USD14,5 trillion.

The new members identified above would add just under one billion consumers to the BRICS+ family, for a total of 4,257 billion, or just over 50 percent of the total global population in 2022.

It is not a free trade bloc, but members do coordinate on trade matters and have established a policy bank, the New Development Bank (NDB) to coordinate infrastructure loans.

That was set up in 2014 in order to provide alternative loan mechanisms from the IMF and World Bank structures, which the members had felt had become too US-centric.

The Asian Infrastructure Investment Bank (AIIB) was set up by China at about the same time for largely the same reasons and to offer alternative financing than that provided by the IMF and World Banks, which were felt to impose political reform policies designed to assist the United States in return for providing loans.

Both the NDB and AIIB banks are Triple A rated and capitalised at US$100 billion.

The NDB bank shares are held equally by each of the five members.

In total, the BRICS grouping as it currently stands accounts for over 40 percent of the global population and nearly a quarter of the world’s GDP.

The GDP figure is expected to double to 50 percent of global GDP by 2030.

First, is Zimbabwe’s location as a country that links to such critical ports like Beira as well is its ongoing thrust to revamp and develop its infrastructure, particularly the road network.

There is a lot of funding that the country can tap into as a member of BRICS.

Second is Zimbabwe’s fractured relations with the IMF and the World Bank wherein the two institutions are prohibited by the US through its sanctions (ZDERA) to block any funding to Harare.

BRICS provides an alternative for access to fresh and non-prohibitive capital to the country.

And the signing on Friday of performance contracts by the country’s Ambassadors signals the country’s intentions for reintegration into community of nations with the likes of BRICS firmly in sight.

“The multi-pronged foreign policy thrust of the Second Republic revolves around engaging those countries we have had erstwhile relations with over matters of principle, consolidating old friendships and opening new economic frontiers for mutual beneficial co-operation,” said the Minister of Foreign Affairs and International Trade, Frederick Shave at the signing ceremony.

“It therefore, lies upon us to ensure that these pillars are attained to produce impactful results.”

As the globe parts ways with the crocked Western-sponsored and supported unipolar world, it is time for Zimbabwe to be part of the emerging new order as an active economic player.