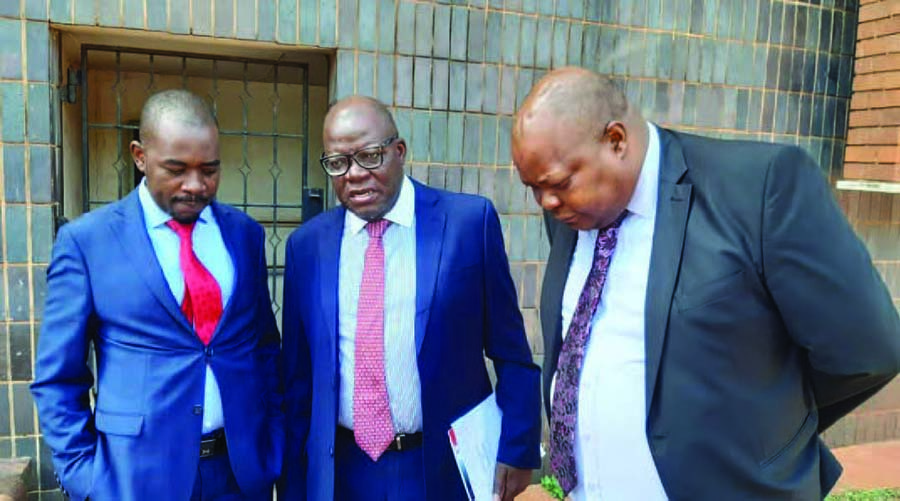 THE efficiency and work ethic of ZANU PF has CCC leader Nelson Chamisa in a quandary, threatening to put asunder the opposition, yet again.

That the MDC, which morphed into CCC, has always been an admirer of ZANU PF is no secret.

That the top echelons of the opposition have always been enamoured of everything ZANU PF is no news.

History is replete with examples of this admiration, of the jostling for power at the expense of all else, the electorate included.

Who will forget the acerbic Tendai Biti in the aftermath of the 2013 elections, conceding defeat to the brilliance of ZANU PF and the ineptitude and poor leadership in the then MDC-T, now CCC.

The fighting, the struggle for power coupled with threats of dismissal for ‘errant’ members are deeply embedded in the CCC.

And the one person who makes Nelson Chamisa, more than any other, jittery is the supposed second in-charge, Biti.

Biti is one man who has seen it all in the MDCs — the chaos, the lack of direction, the danger of the absence of sound policies, the loss in elections due to in-house weaknesses as well as the consequences of being out of touch with the masses.

And Biti is typically one who has never shied from challenging his party president.

It began with him taking head-on the demi-god in opposition politics, the then politically clueless Morgan Tsvangirai in the aftermath of the drubbing in the 2013 polls.

The whole fiasco began in early 2014 with the then deputy treasurer-general for the MDC-T, Elton Mangoma, writing a letter to the then president of the party, Tsvangirai, duly informing him there was a ‘crisis of leadership, crisis of expectation and, above all, a crisis of confidence in the party, both externally and internally’.

Mangoma opined time had come for Tsvangirai to “…consider leaving the office of the president of the movement…,” and that, to reconnect with the people, the president had to “…step aside and allow progress by democratic forces.”

And in typical barbaric ways, after publication of the letter, Mangoma was thumped by MDC-T party youths, suspended for “…provoking divisions and bringing the movement into disrepute,” and was eventually expelled from the party.

After this brutality and lawlessness, similar to the early days of the Wild West, Biti, then secretary-general of the MDC-T, roundly condemned the decision to expel Mangoma and confirmed his support for the poor fellow.

As secretary-general of the party, Biti convened a national council which voted for the suspension of Tsvangirai.

The statement issued by Biti and fellow disgruntled members expressed opposition to the use of violence, abuse of power and patronage as well as the use of all forms of ‘intimidation, duress and malice’ against those in the party who were speaking out for ‘democracy and renewal.’

Chamisa described the party president as the ‘founding father of democracy in Zimbabwe, the doyen of constitutionalism’, unashamedly declaring: “You can’t replace a person chosen by God.”

Below I reproduce an abridged version of a statement released in 2014 by a faction of the MDC, led by Biti, calling itself the Democratic Renewal Campaign team which suspended Tsvangirai.

“Over the years, the MDC has developed tendencies and a culture that led to the deviation from its core values.

That culture has included the following: the use of violence as a way of settling disputes, corruption, disrespect of the constitution, a culture of impunity, the existence of parallel structures including a Kitchen Cabinet and vigilante groups associated with the leader.

These contradictions inevitably led to the split of the Party in October 2005.

Despite the split and the revival of the Party between 2006 and 2008, the downward spiral to self-destruction did not stop.

There has been a remarkable failure of leadership.

The leader has been chasing shadows, including the shadow of another GNU.

As it became irrelevant nationally the party has entered into a new sustained phase of destruction.

The party transformed into a fiefdom of the leader, where decision making, policy direction or lack thereof, have been monopolised and privatised.

The artistic voice of the party, in song and poetry, the name and symbols of the party have been so personalised through the deified leader.

Equally, over the years the party has become exclusive and has delinked from the working people of Zimbabwe, has totally isolated itself from its labour and civic society roots and the genuine aspirations of the working people.

Very sadly the leader’s own personal indiscretions, lack of restraint, lack of judgment and an extravagant taste…all done in the public glare regrettably brought the party into disrepute.

The party and leader that went into the election of 2013 was not the same as that which fought the elections of 2008…the large part of the original MDC base failed betrayed and disappointed by the people s movement. Many did not vote and the party polled more or less the same votes it had in 2008.

Violence has become the order of the day, perpetuated by vigilantes created by the leader and his ‘comrades’ in the Standing Committee against anyone aligned to the Democratic Renewal Campaign (DRC).

The violence has gone unchecked and not a single individual has been censored or disciplined.

Unconstitutional activities have also become the order of the day.

Unlawful purges from structures of individuals perceived to be aligned to the Renewal Movement.

The suppression of internal debate, with meetings being turned into lynch mobs and rallies being churches of hate and denouncement of all members aligned to the DRC.

The unleashing of threats, duress and fear against anyone thought to be aligned to the DRC, in particular the threat of expulsion against Members of Parliament.”

Are there any differences with the current CCC and its leader Chamisa with the MDC of old?

Chamisa does not want to be questioned, does not care for other voices, is bent on not diluting his power by declaring himself the ‘alpha and omega’ of the party.

The only thing Chamisa is proving is that he is a brilliant student who is eclipsing his former master and mentor Tsvangirai.

Clearly, his beliefs, fears and biases are interfering with how he is running his party.

While ZANU PF is going about its business engaging the masses, in the CCC there is no listening, no understanding and no effort being made to win over the doubter, the fence-sitter and the straddling skeptic.

Chamisa has failed to eschew overt partisanship to find common ground and address the interests of the nation.

On the other hand, hate or love the party, the words and deeds of ZANU PF represent the language of Zimbabwe, not of a single political party and it is not sowing seeds of separation.

It’s not what is being said, it’s what people hear that matters more and no wonder the likes of Biti, Charlton Hwende and Job Sikhala are suspected to be gunning for Chamisa.

They are sick and tired of losing elections and already way before the election date, the writing is on the wall for CCC, in bold letters — spelling, yet another defeat.

Chamisa has nothing to offer the electorate other than an obsessive focus on consolidating power, an agenda out of sync with the masses.

And what has highly chagrined Biti and company is Chamisa’s failure or utter unwillingness to communicate a presidential vision of Zimbabwe and the country’s future.

The Chamisa campaign is collapsing under the weight of failed leadership in his party, and has been worsened by having no theme, no focus and no discipline.

And it is déjà vu for Biti.

Chamisa knows that Biti is one to brook no nonsense.

Another defeat spells doom for Chamisa and he cannot afford to lose the only seat of ‘power’ he has, the leadership of the party.

What is a change election?

This has become the old and tired MDC, CCC, mantra.

Change has been continually happening in the Second Republic.

The word ‘change’ does not even go halfway in explaining what Zimbabweans want.

No longer is it enough to talk about change or solutions, rather Zimbabweans want to see action and results and a party that can demonstrate impact will resonate with people.

If MDC, CCC has failed dismally to run urban councils, can it be trusted by the electorate to run the country?

Chamisa, at one time, felt the international community was his and his alone but the Second Republic has had a distinction in diplomacy and dialogue.

Zimbabwe is no longer a pariah State.

The re-engagement and engagement drive has seen nations literally stampeding into the country seeking co-operation.

Zimbabweans yearn for a time of peace and quiet in their lives and that is exactly what they are getting in the Second Republic; diplomacy and dialogue are the very things that deliver peace of mind.

Rather this is an election of hope, self-belief and of the collective aspirations of a nation that had fallen on hard times politically, economically and socially due to battering by illegal sanctions but has found its footing again and is succeeding in becoming a self-determining entity.

With all indicators pointing to a heavy defeat, Biti is definitely not a happy man.

And Chamisa knows fully well not to trifle with an angry Biti.

He has a well-documented history of calling out failed leadership in his party — the man suffers no fools.

President Mnangagwa has been fully dedicated to the causes and efforts to rebuild.

He has put his reputation and credibility on the line to achieve successful outcomes.

And all round is evidence of delivery and success.

The bigger picture in the country now is working for the masses, doing work that benefits the country rather than the individual.

While CCC is bickering over power and having no structures, for ZANU PF, it has been about connecting the values of the Party to the values of the people. The ruling Party is speaking a language of service, one about the road ahead as much as the road travelled.

For the electorate, the message so far is very clear; where one divides, the other unites; where one sounds calibrated from some foreign citadel to arouse fury among people, the other comes from the heart seeking to rouse hope; where one closes with a threat, the other closes with a wish for a better and beautiful nation enjoyed by all.

And what has unhinged the opposition, especially CCC, is that President Mnangagwa has chosen to disagree without being disagreeable.

Peace will prevail before, during and after the elections. 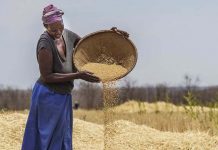 A year to savour