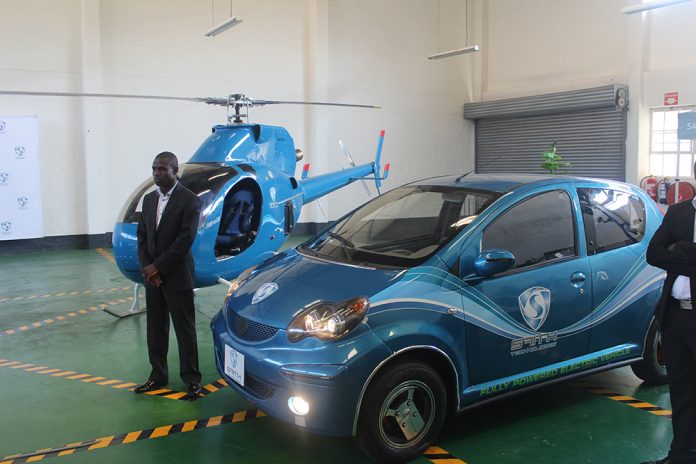 “THERE is nothing more difficult to carry out, nor more doubtful of success, nor more dangerous to manage, than to initiate a new order of things. For the initiator has the enmity of all who would profit by the preservation of the old system, and merely lukewarm defenders in those who would gain by the new one,” — Niccolo Machiavelli.

No doubt, Machiavelli’s assertion rings true amid the changes many organisations have had to institute in the wake of the COVID-19 pandemic, an infectious viral scourge that has forced many a business to rethink their way of doing things.

Millennia ago, Confucius foretold: “If man takes no thought of what is distant he will find sorrow near at hand.”

Businesses and world economies are faced with one reality — change or sink.

Agile organisations that have quickly adapted to this new norm may very well be guaranteed of staying afloat, while sluggish entities face a bleak and uncertain future.

Smith was right; businesses that will be present in the future should be able to forecast the needs that consumers will have eons from now.

The ideas may even sound preposterous.

However, to be able to re-invent the future, or to re-create the future, managers must operate on the fringes of lunacy.

I cannot help but remember the exploits of one unconventional Zimbabwean, a modest-looking Form Two drop-out, born and raised in the dusty streets of Kuwadzana, a sprawling high density suburb in Harare.

Sangulani Maxwell Chikumbutso is the young man’s name and he pasted Zimbabwe on the international map in 2015 when his start-up Saith Technologies unveiled numerous inventions that have found relevance during the COVID-19 period.

“Saith Technologies unveiled mind-blowing inventions, among them, an electric-powered car (Saith EV) that can run perpetually without charging, a helicopter (Saith Hex-Copter) that works on five different fuels without making adjustments to the engine, a locally manufactured drone, a Microsonic-powered generator (Greener Power Machine) that can produce half a megawatt, surveillance towers, a mobile communications backpack, an intelligent IP Mesh backpack and a household transformer that can multiply power a hundredfold,” reported The Patriotin July 2015 in an article titled ‘Are we recognising our achievers?’

It’s indisputable that if Saith Technologies had gone into full-scale production of the drones, for instance, the sales would be shooting through the roof as most countries have resorted to using drones for medical supplies deliveries, carrying out surveillance on the elderly who live by themselves in developed economies and making food deliveries.

The gem among his productions was the green-powered generator that could produce electricity using radio frequencies.

However, many doubting Thomases were quick to relegate Chikumbutso’s works into the same category as his ‘inspiration’, Daniel Chigoma, whose helicopter never took to the skies and was regarded an ostrich among a flock of swallows.

For what good is a bird that doesn’t fly?

In Chikumbutso’s own words: “My biggest challenge has come from critics who allege that there is nothing unique about my products as they are ‘copied’ either from China or America, yet the same people from China, America, Russia, Canada, Brazil and South Africa have been calling me, saying they are interested in my unique technology.”

The unassuming Chikumbutso had a torrid time patenting his works as they contradicted existing laws of physics. The Green Power Machine, for example, puts to shame the law of thermodynamics which states energy is directly proportional, which means energy should balance. In simple terms, you cannot use a small engine to power a big truck.

“In the Green Power Machine we did it vice-versa; we are taking less, but generating more. This machine has a DC power of 220V, but at the end, we are generating half a megawatt.

In physics it doesn’t make any sense.”

Unfortunately, as predicted by the article, Chikumbutso is now plying his trade on foreign soil in the US. We failed to invest our trust in his genius, and the Americans swooped down on him.

263Chat reports that one of the few people who bought into Chikumbutso’s vision was an Angolan-born pastor and businessman, Dr Teddy Almeida.

“Dr Almeida owns one of the biggest energy companies in Angola under the Bongani Group. He bought into Maxwell’s vision and contributed (US)$500,000 seed money desiring no return for his investment. No documents signed, just a stern warning to use the money wisely.”

It is sad many people failed to view Chikumbutso’s inventions in the same light as Dr Almeida.

However, Chikumbutso is not the first inventor to have his works doubted by his kith and kin.

Most of the world’s leading companies underestimated the success their products were going to enjoy once they hit the market.

For instance, in 1876, when the telephone was invented, many people did not see beyond the horizon.

“The telephone has too many shortcomings to be seriously considered as a means of communication,” read a Western Union internal memo in 1876.

The now famous Warner Brothers media conglomerate almost made the mistake of a century when Harry Morris Warner retorted: “Who the hell want to hear actors talk!” — (H.M. Warner of Warner Brothers, 1926)

The same sentiment was echoed by Twentieth Century Fox in 1946 when producer Darryl Zanuck said: “Television won’t last because people will soon get tired of staring at a plywood box every night.”

In the early 1900s, before the advent of the First World War, US Brigadier-General Billy Mitchell became the subject of ridicule when he proposed that airplanes might sink battleships by dropping bombs on them.

Then US Secretary of War, Newton Baker, said: “That idea is so damned nonsensical and impossible that I’m willing to stand on the bridge of a battleship while that nitwit tries to hit it from the air.”

God-forbid if Baker had ‘put his money where his mouth was’!

Josephus Daniels, secretary of the Navy, weighed in saying: “Good God! This man should be writing dime novels.”

Scientific American (1910) reported: “To affirm that the aeroplane is going to ‘revolutionise’ naval warfare of the future is to be guilty of the wildest exaggeration.”

Fortunately, history vindicated Brigadier-General Mitchell as he became the first person after whom an American military aircraft design, the North American B-25 Mitchell, is named.

The two major world wars were won on the back of air power.

Even in the world of computers, some of the leading firms were shortsighted in forecasting their market.

Thomas Watson, then IBM president in 1943, once said: “I think there is a world market for maybe five computers.”

Of course, then, he was talking about supercomputers that occupied the space of an average size family home, but he couldn’t imagine how computers might fit in every person’s pocket in the form of a smartphone, another gadget that revolutionised many industries.

Ken Olson, then president of the Digital Equipment Corp, in 1977 asserted: “There is no need for any individual to have a computer in their home.”

Even the great Bill Gates, the second richest person in the world, once the richest on the face of the earth, once said: “640k ought to be enough for anybody.” — Microsoft Founder Bill Gates, 1981.

Today, the average person requires at least one terra-byte of data storage, a far cry from the drop in the ocean intimated by Gates three decades ago.

One common thread among all these cases is that managers who can expand their imaginations to see a wider range of possible futures will be much better positioned to take advantage of the unexpected opportunities that will come along.

As the lockdown period stretches, let us stretch our imagination and bring to reality teacher-less classrooms in Africa, cashier-less shops in Gumbonzvanda, power our homes with generators that produce energy from radio frequencies and work from the comfort of our homes as long as we are connected.

If the mind can imagine it, then we can make it happen.