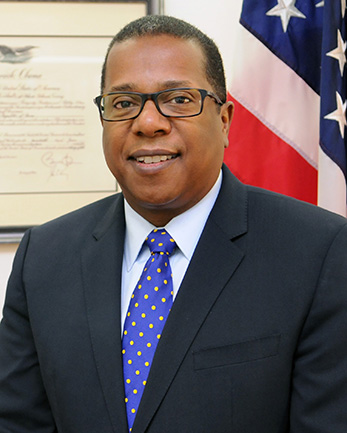 THERE is little surprise that the only words that US Ambassador to Zimbabwe Brian Nichols has spoken since ZANU PF acting spokesperson Patrick Chinamasa warned him against behaving like a thug last month, have been to accost SADC to be ‘assertive’ when it comes to ‘dealing’ with Harare.

His silence on the brutal shooting of 29-year-old Jacob Blake on Sunday has become all too familiar; the US does not respect human rights.

Ironically it was on the same day that Nichols told TimesLIVE SA that SADC had to be ‘assertive’ in resolving what he said was were ‘excesses’ that were happening in Zimbabwe in terms of human rights that Blake was callously shot.

While he was lecturing SADC on what to do with regards to Zimbabwe, real violations of human rights were taking place in the US.

As expected there was nothing on the unfortunate Blake, who on Sunday became the latest victim of the US’ security forces brutality.

Blake was shot seven times in front of his three young children while trying to break up a fight between two women in Kenosha, Wisconsin a town near Chicago, his lawyer Benjamin Crump told the media.

“Raysean White was across the street and said he heard two women arguing when Blake arrived. He said he doesn’t know what started the altercation,” the CNN reported on Tuesday.

White was filming the incident when Blake walked away, toward the driver’s side of his car, and opened the door. In video that’s now been seen millions of times more than 9 million views from Crump’s Twitter feed alone police are seen closely following Blake and shooting him seven times in the back as he leans into the car.

There are fears that Blake could be paralysed as a result of the brutal shooting, which came three months after the savage murder of George Floyd.

Patrick Salvi, another lawyer hired by the Blake family said Jacob had ‘holes in his stomach and had had much of his intestine removed, as well as suffering liver and kidney damage’.

Sadly, that change will never come as long as we have people like Nichols, who cannot speak against the excesses in their land against fellow black people.

Is he not among the so-called people of influence?

That change will never come as long the US continues to suffocate the world through its blatant disregard of other people’s rights.

And they are not relenting on their project to control the world.

This bizarre attempt to waylay a SADC that has already stood up against gross human rights violations of the people of Zimbabwe through the US’ illegal economic sanctions was not only arrogant but utterly delusional.

Equally compelling is the fact that the US and the West are trying to stop other countries in SADC and indeed the rest of the world from embarking on empowerment initiatives such as the Land Reform and Resettlement Programme.

The threats by the US are now ringing deafeningly hollow as Namibia and South Africa have begun to take steps towards land redistribution in their respective countries.

This is why it is important to unravel SADC’s stance towards the much maligned US sanctions.

During its 39th Heads of State and Government Summit that was held in Dar es Salaam in August 2019, SADC resolved to mobilise against the Western sponsored sanctions, saying their effects were being felt across the region.

SADC took a bold move by declaring October 25 as the anti-sanctions day, where the region would collectively call for the unconditional removal of the widely discredited embargo.

In a communique that was read out by SADC Executive Secretary Dr Stergomena Lawrence Tax, the region resolved to unite to fight the sanctions.

“Summit noted the adverse impact on the economy of Zimbabwe and the region at large of prolonged economic sanctions imposed on Zimbabwe and expressed solidarity with Zimbabwe, and called for the immediate lifting of sanctions to facilitate socio-economic recovery in the country,” said Dr Tax.

“Summit declared the 25 October as the date on which SADC member states can collectively voice their disapproval of the sanctions through various activities and platforms until the sanctions are lifted.”

But that did little to quench the US’ desire for the maintenance of the embargo as its embassy in Botswana launched a counter programme to mobilise SADC to support the sanctions.

In January 2020, the US Embassy in Botswana claimed that Uncle Sam’s envoy, Ambassador Craig Cloud and Dr Tax had discussed that economic sanctions and corruption, not sanctions, had destroyed Zimbabwe.

But Dr Tax denied that assertion.

“This was not part of what was discussed. (It) might be the position of the Embassy, but definitely not SADC’s position,” said Dr Tax.

This explains why there is malice in Nichols’ latest attempt to cajole SADC to his country’s inane politics.

The US is angry that its people, the trio of Job Sikhala, Jacob Ngarivhume and Hopewell Chin’ono are behind bars on charges of attempting to subvert Government.

These people were paid, coached and told how to cause anarchy by the US.

We await Nichols’ response to that matter.

The regional bloc will ignore Nichols’ calls for a so-called NTA, which every Zimbabwean knows is a US funded initiative to weaken winners of the July 31 2020 elections, ZANU PF.

This country already has a functioning Government in place and it cannot and will not be replaced by any creature outside elections.

“That is something that we have supported for the last couple of years. Several civic society organisations are advocating for that solution. How that dialogue progresses and what agreements come out of it, will depend on the people of Zimbabwe. It will depend on all the political, economic and social actors and religious communities coming together and having a conversation centred around how we deal with the challenges of the economic crisis, how do we deal with corruption, as well as health-care issues, and how do we come up with a living wage.”

Zimbabwe is on the right path and no amount of interference will dilute that pervasive fact.

Instead Mr Nichols must add his voice to calls to stop the slaughter of African Americans.

How that is not a violation of human rights is a wonder. It is scary to walk the streets of America if you are Black, in the 21st century.

Can Nichols preach about human rights?

Please Mr Ambassador stop grandstanding, if you work for the American government you have blood of innocents on your hands. 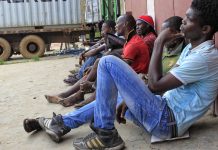