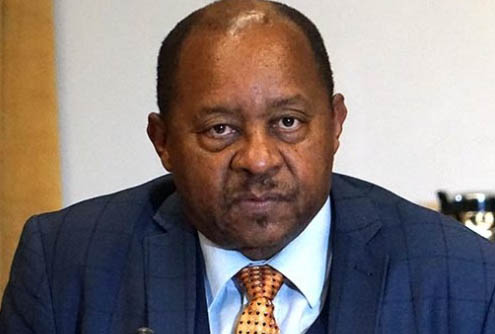 AT the onset of the new decade, 2020, a major global health scare known as COVID-19, of the coronavirus family, was detected and identified, setting the world in panic mode.

An understanding of the virus will equip us with means to cope.

Viruses such as COVID-19 belong to a group of sub-microscopic entities consisting of a single nuclei that are often hard to detect until the symptoms have manifested; by which time, it is too late!

Pathogenesis, in medical terms, is the origin, development and resultant effects of a disease.  Zimbabwe has very few qualified pathologists practicing this branch of medicine (pathology), which is crucial in determining the manifestations of a disease and the changes occurring in human tissues and organs as the disease progresses.

As the COVID-19  spreads globally, how prepared is Zimbabwe?

Speaking in Beijing in February, President Xi Jinping stressed that the COVID-19 outbreak was a major public health emergency with the fastest spread, widest infection and hardest prevention ever since the founding of new China.

As of mid-February 2020, US$5,8 billion (41 billion yuan), had been spent in containing the epidemic in all parts of China, with funds made available for research and development of a vaccine.

WHO’s Director-General Tedros Adhanom Ghebreyesus said, in February, that: “The COVID-19 vaccine is expected to be ready within 18 months,”  meaning July 2021 – can we wait that long?

Describing COVID-19 as: “…a catastrophe which waits us,” Dr Obidiah Moyo recently said: “Before people come into Zimbabwe, we now have the intelligence to be able to tell from the manifest that an individual would be coming from an infested country. So, our surveillance is strong,” he said.

“We have even made it better by getting the latest in technology of thermal detectors in each and every country you go. It is that determinant which is the first one to trigger off the rest of the alarms. So, we are one hundred percent certain that we are covered.”

WHO has declared the COVID-19 outbreak a global health emergency – largely because of fears that poorer countries may not be able to cope with an outbreak.

By mid-February 2020, Egypt confirmed its first case of COVID-19 — heralding its entry into Africa, a continent with increasingly close ties to China where the virus originated.

Several other African countries, including Kenya, Uganda, Ethiopia, Ivory Coast, Ghana and Botswana, have dealt with suspected cases, placing them in quarantine while tests were carried out; all tested negative for the virus.

Increasingly close trade links between China and African countries have heightened concerns that the virus could spread. Many airlines across the world have suspended flights to and from China.

With the health systems in many African countries already struggling, are they prepared to deal with another outbreak of a highly infectious disease?

WHO’s Head of Emergency Operations in Africa, Michael Yao, notes that some countries on the continent “…have the minimum to start with — they’re not starting from scratch…. We know how fragile the health system is on the African continent and these systems are already overwhelmed by many ongoing disease outbreaks, so, for us, it is critical to detect earlier so that we can prevent the spread.”

At the onset of the outbreak, South Africa was just one of two countries on the continent with reliable testing capabilities. The other, the Institut Pasteur de Dakar, in Senegal, has long been on the front line in medical innovation in Africa, including yellow fever research, is one of the laboratories that has the reagents needed to test samples.

Both have been working as referral laboratories for countries around the region.

WHO sent kits to 29 laboratories on the continent to ensure they have the capacity to deal with the virus and also help test samples from other countries if needed, and hoped 36 African countries would be equipped to carry out tests specific to COVID-19.

To prepare for COVID-19, Zimbabwe has sought assistance from UN agencies such as UNICEF and WHO whose acting representative in Zimbabwe believes African countries, including Zimbabwe, must do better to diagnose the virus and prevent it from spreading.

WHO has urged African states to carry out public information campaigns on virus prevention — such as encouraging hand washing, sanitation and reporting symptoms.

But unlike Ebola that only became infectious when symptoms showed, COVID-19 is different, with reports in some cases that the coronavirus may have been transmitted before patients were showing any symptoms.