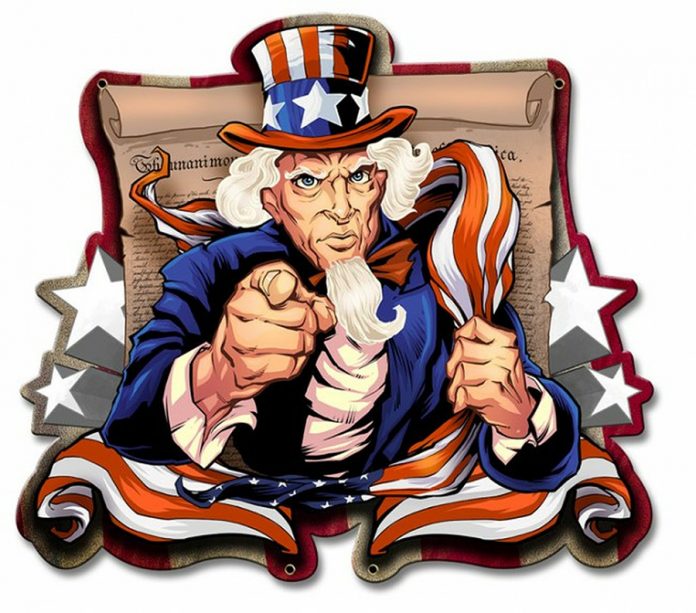 THE latest attempts by the US to interfere in the country’s internal affairs are not only indicative of Uncle Sam’s desire to destabilise Zimbabwe through their brazen endorsement of the opposition MDC but a clear pointer for Harare to start seriously considering the possibility of cutting ties with America.

On Thursday last week, the US Embassy in Harare unleashed a series of provocative tweets on its Twitter handle ‘challenging’ the Zimbabwean Government to hold by-elections, claiming that the said polls would ‘restore citizens’ rights to representation’ a statement which was accompanied by the shameless lie that South Africa had held elections under the COVID-19 pandemic.

But as the embassy was citing its country as one of the countries that have held elections under the COVID-19 pandemic, it forgot to tell Zimbabweans that those chaotic polls saw many unknown people in the US mailing their votes to unattended post boxes, to unknown and random streets, with no ID checks.

Zimbabwe will not be coerced into holding any election under unsuitable conditions.

If anything, those by-elections should not be held anytime soon until the environment is conducive.

We might even get to 2023 without holding any by-election.

“When will the Zimbabwean Government resume by-elections? Long-standing parliamentary vacancies have left over 754 000 voters in 26 constituencies without elected representation. Only by-elections will restore these citizens’ rights to representation,” the US Embassy said.

“Many countries have held elections despite the pandemic, including Zambia, South Africa, Malawi, and the United States, demonstrating that COVID-19-safe elections are possible. We are confident Zimbabwe can do the same #ZimsSafetoVote #ZimVotesMatter.”

First is that the US has been ‘clandestinely’ giving funding to the opposition MDC-Chamisa via its secretary-general Charlton Hwende to train polling agents in the 2023 elections and the call by its Zimbabwe Embassy to hold elections is to ‘assess’ the impact of the training programmes ahead of the watershed 2023 harmonised elections.

But part of the training to these polling ‘agents’ involves skills in sabotage and anarchy, among others.

The plan is, disturb the 2023 elections and create a conducive environment for a US military intervention.

Which takes us back to the August 1 2018 incident where MDC-Chamisa supporters wanted to march to the Zimbabwe Electoral Commission (ZEC) Command Centre at the Rainbow Towers with a plan to burn ballot papers after it turned out that their candidate was losing the July 31 2018 elections.

“CHAMISA-ASSISTED GROSS UNITED STATES INTERFERENCE IN THE POLITICS OF ZIMBABWE: On 21st September 2021, two MDC-CHAMISA officials, one very high-ranking, another standing for youth wing, approached the PUBLIC AFFAIRS SECTION of the US EMBASSY in HARARE with a request for the same to assist with the training and equipping of 50 election agents ahead of 2023 harmonised elections,” Charamba tweeted.

“An official of @usembassyharare advised them to put together a formal request. In the meantime, @usembassyharare has begun agitating for by-elections in Zimbabwe in which it is a clear contestant through its funded proxy. Unless the two MDC-CHAMISA officials (come) out and explain themselves speedily, I will go a step further to help them out. Meanwhile, @usembassyharare needs to be reminded it is skating on very thin ice in the middle of the Savannah!!!”

Which brings us to second issue that has emerged from the US Embassy’s ill-fated tweet.

Zimbabwe must now expedite the process of making the Patriotic Act a law, given the erratic behaviour of some characters within the opposition and their allies in the so-called civil society.

We cannot have errant characters hobnobbing with hostile nations to destabilise the country and expect to be treated with kid gloves as has been the case in the recent past.

Soon they will be filling the cells for failing to uphold their sovereignty.

The same message goes to the US, that they cannot continue disrespecting their hosts and expect a comfortable stay.

Soon and very soon, their antics will come to an end.

This is because, time-and-again, the US has shown lack of good faith in the ongoing reengagement efforts with Zimbabwe.

On the one hand, they claim to be genuine partners in the reengagement while, on the other,they are working hand-in-glove with the opposition to foment anarchy in the country.

And their strategy in the reengagement process, which has revolved on so-called reforms, is now being exposed.

The said reforms are an attempt to weaken the country, while paving the way for the MDC to enter the State House through the back door.

A few weeks ago, we warned that the US was upping the tempo in its anti-Zimbabwe through summoning its surrogates in the so-called civil society and the opposition in order to finally consummate its illegal regime change drive.

Uncle Sam is not going to rest.

Our leaders must be seized with the impending onslaught which will be relentless going into the crunch 2023 harmonised elections.

And the media is their new frontier in their anti-Zimbabwe drive.

We know how they are training certain journalists to parrot an anti-Zimbabwe narrative.

We know how they are funding those journalists to create a wedge between Government and the masses.

Again, that will all come to naught.

Workshops, including the September 14 to 15 which held to obfuscate the many strides that have been achieved by Government while pointing accusing fingers at the Chinese, have been held while several others have been lined up in the country.

Critically, the Government must do away with reengaging the US.

Zimbabwe has demonstrated its capacity to run its economy using local resources, minus ‘support’ from hostile nations.

We should keep on that track and seriously consider bringing to order countries like the US who are acting like spokespersons and commissars of parties like MDC-Chamisa.

We are being told that campaign messages are being created by the US for the MDC.

On Wednesday last week, the US Embassy was explicit in its drive for the ouster of ZANU PF  after it posted a curious message on its Twitter account, which implied that Zimbabweans are being denied access to voter registration.

But we now know better.

The US believes that what happened in Malawi and Zambia will happen here, but they are up for a rude awakening.

“Your vote is your right! Register to vote at ZEC’s Provincial and District Offices today #VhotiYakoKodzeroYako #PhathekaEkhethweniLilungeloLako #RegisterToVoteZW #YourVoteCounts,” the US Embassy tweeted.

While Zimbabwe prepares to respond accordingly, to US Embassy’s antics, we say enough is enough! 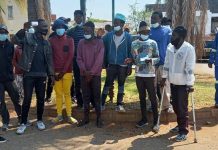 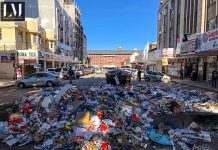 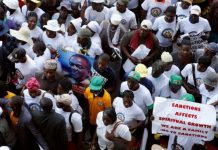